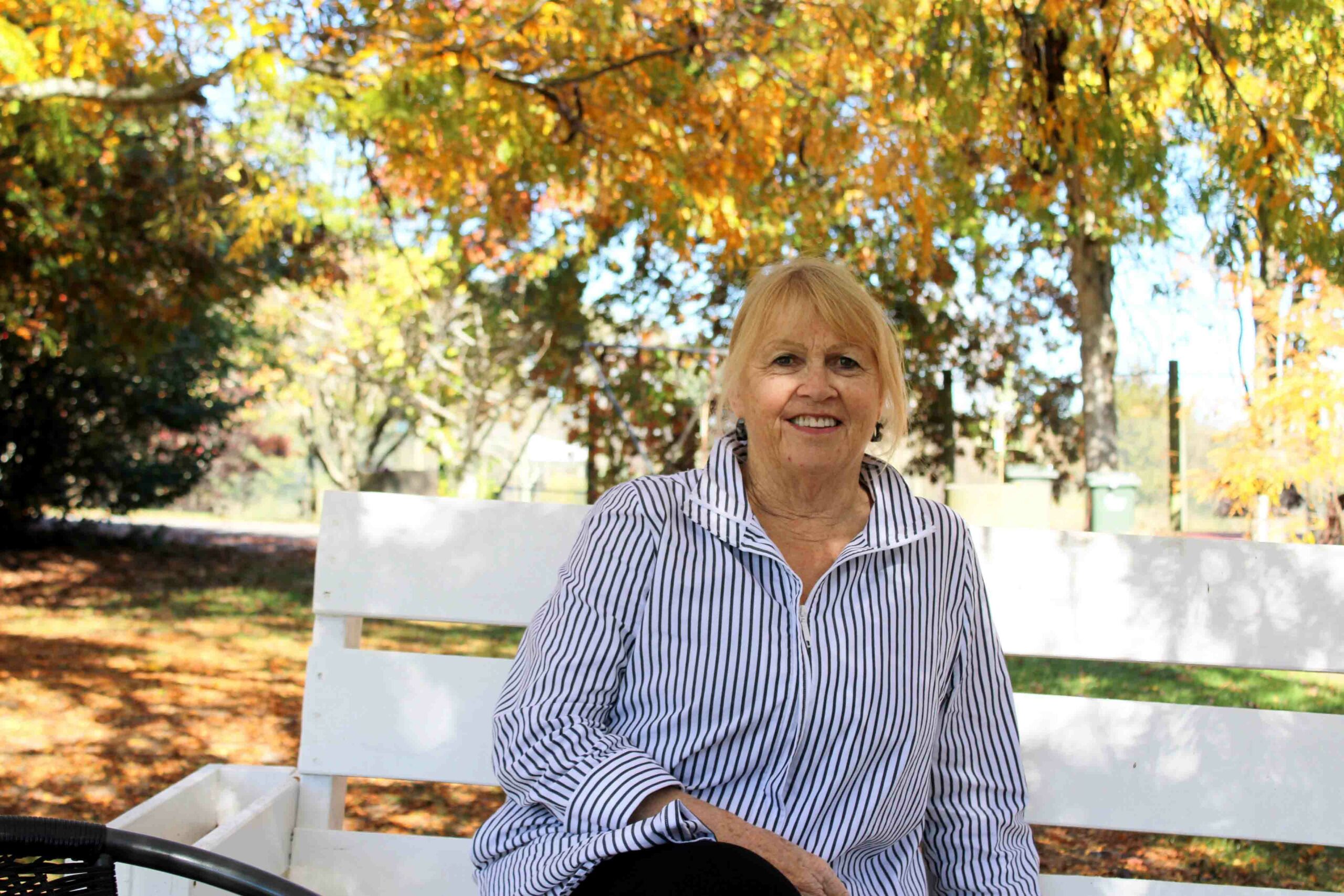 Thames-Coromandel Mayor Sandra Goudie won’t stand again this election after a term marred by controversy, but she has enjoyed the ride. KELLEY TANTAU reports

The last two years of Sandra Goudie’s mayoralty have been marred with controversy following her refusal to get vaccinated against Covid-19.
A quick internet search will show you articles calling for her resignation, while online commenters said she was “selfish” and “not fit to be a responsible leader”.
But Mayor Goudie remains indifferent. She avoids social media.
“I wouldn’t touch Facebook with a bargepole,” she says.
The two-term mayor has chosen not to stand again at this year’s upcoming local body elections.
She’s started a tab at the Matatoki Cheese Barn cafe, and tells The Profile that despite the contention of her second term, she has “loved” the past two-and-a-half years.
“I did what I wanted to do for me. It was interesting how people were so exercised about my body, but that’s okay,” she says.
“Every now and again the media would drive another story, which… great, fine, I‘m okay with that. It never bothered me because it was my right to choose.”
Back in October, 2021, 69-year-old Mayor Goudie told The Profile she was waiting for an alternative to the Pfizer vaccine before getting her Covid-19 jab, which she said was a “calculated risk” as the government tried to counter the increasing spread of the more contagious Delta variant.
Her stance copped criticism around the country, with television presenter Hilary Barry stating that “the people of Thames-Coromandel deserve so much better”.
When asked if she enjoyed the controversy, Mayor Goudie, who is still unvaccinated, says she did.
“It was always a challenge, and I always enjoy a challenge.”
She says she was “very careful” not to give an opinion about the Pfizer vaccine, or to “persuade people in one way
or the other”.
“People were trying to force me into accepting that I had to take a different path because of my role, and I don’t agree with that at all. We are meant to be representative and you can’t always be representative of the majority,” she says.
“Even though I’m a leader, why should I be denied my right?”
Sandra Goudie was born in Roxburgh in 1952, and lived in Meremere, Invercargill, Auckland, and Dunedin, never staying anywhere for more than five years while her dad Doyle worked in construction. She had three brothers and a sister.
“I think because of the moves that we made, we all became self-reliant and independent, but we were a very strong, incredibly close family,” she says.
Even as a youngster, she was unapologetically self-assured, having been asked to stand in the corner on her first day of kindergarten for “smacking a boy”.
She can’t remember why she did it, but says she was “unrepentant”.
She married her husband Bernard “around 1980” and together they have two sons.
After her more controversial statements, Mayor Goudie said her family called her “on occasion” but “on the whole, they took it in their stride pretty well”.
“We don’t always agree, that’s for sure. Sometimes we stay off subjects or sometimes we explore a subject.”
Her political career spans more than three decades. She started out in local politics in 1998 as a Thames-Coromandel District Councillor, before becoming the National MP for the Coromandel electorate from 2002 until 2011.
She returned to local council for one term under then-Mayor Glenn Leach in 2013, and it was only after returning to the chambers that she began considering vying for the mayoralty.
“I could see what was happening within the council, I could see the calibre of the people who were standing, I could see what needed to be changed and what needed to be improved, and that’s exactly what I set about doing,” she says.
“I’m pleased to say I think I’ve just about achieved most things that I set out to do.”
Mayor Goudie says she is in the “final throes” of resolving long-standing issues, such as the Tairua Skatepark, and the Woollams Avenue car park in Coromandel Town.
Another goal throughout her tenure was to deal with the lack of housing in the district.
“For the last five-and-a-half years, the [TCDC] staff, and [former CEO] Rob Williams have pulled out all the stops to move this forward, not just because I thought it was a crisis that needed to be addressed, but because it actually is a crisis that needs addressing,” she says.
And while she wouldn’t single-out who she’d prefer to replace her following October’s elections, “fiscal understanding and critical analysis” were both needed in the next mayor, she says.
“I need to see who’s going to be lining up. It really concerns me about the level of capability, so in terms of an induction for any new or semi-new ones coming in, fiscal understanding and critical analysis are both absolutely essential.”
And when she’s no longer wearing the mayoral chains, Goudie says she’ll be up at the beach, reading, fishing, planting trees, and teaching herself the piano.
“Can you see me doing nothing?” she asks. “No.”
DETAILS: Candidate nominations for the local body elections open on July 15 and close on August 12. Voting day is October 8.