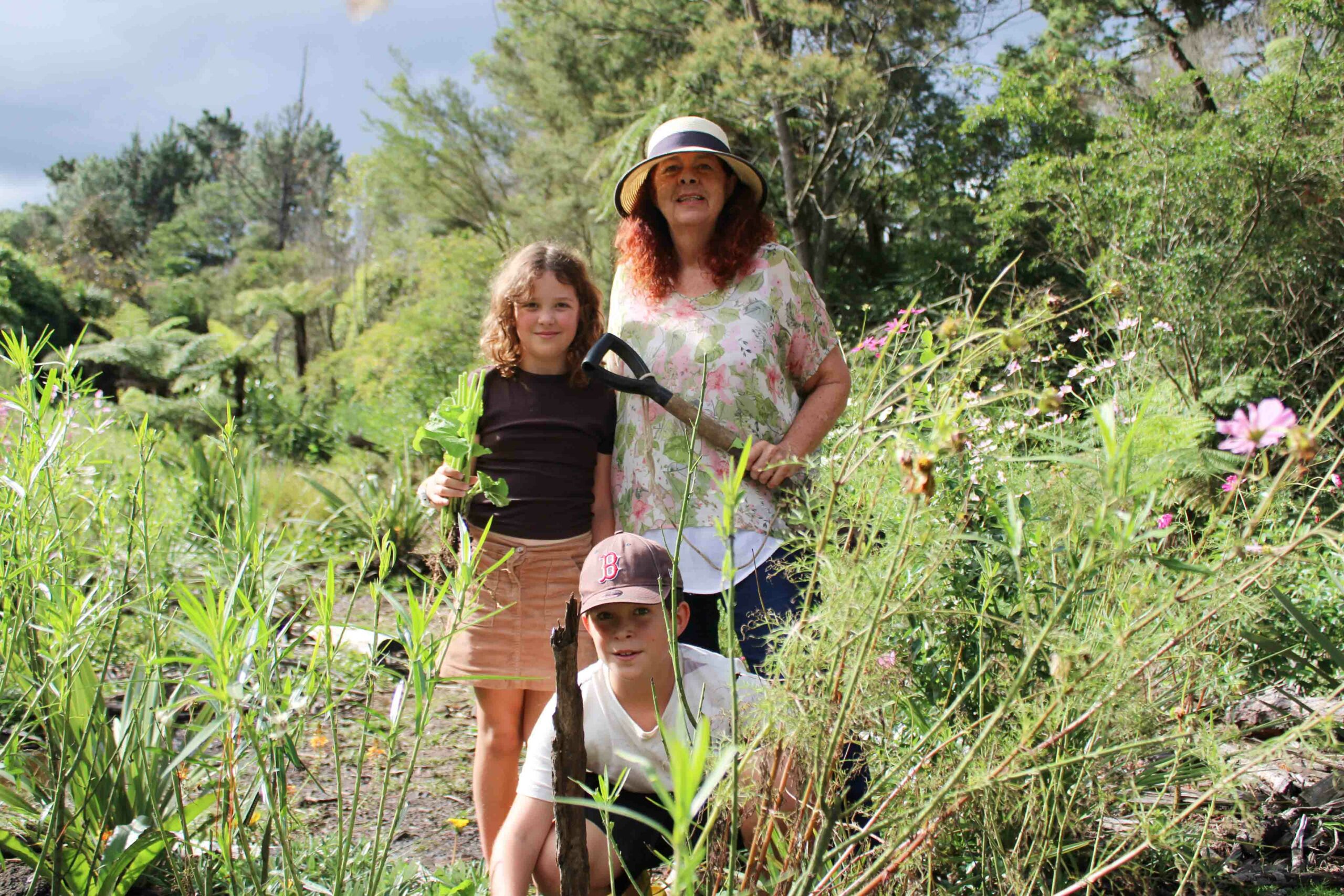 Before Penryn Ballinger’s daughter Jessie died from cancer at age 20, the pair decided monarch butterflies could be their way to connect in the afterlife.
Now, with the creation of a memorial garden tucked in the tranquil bush of Waihī, Jessie’s spirit, and those of others’ loved ones, can surround guests each time they wander through.
The Butterfly Garden, along the ​​Mill Stream walkway, was established last year by the Waihī Herb Society where Penryn is president.
“We had a whole lot of swan plant seeds, and I’d been walking around Waihī looking for a suitable place to put in a butterfly garden,” she told The Profile.
“One of the reasons it personally meant something to me was because my daughter died when she was 20, and the monarch butterfly was very special between the two of us. I thought it would be a nice memorial to her, and it’s proved to be that way.”
Jessie was diagnosed with Hodgkin’s Lymphoma while she was still at university. Before she passed, the mother and daughter talked about how Jessie could get hold of Penryn through monarch butterflies, a species Penryn has been raising at home for 15 years.
Since establishing the garden, Penryn has been approached by other people saying the butterfly was special to a loved one who has died.
“The response, I’ve found to be more than expected. I thought, eventually, it would get well-known but people have just embraced it,” she said.“It’s a garden for reflection… as soon as you go into it, you feel the tranquility and the peacefulness of it.”
The garden is around six months old, and was established with the help of Habitat Enhancement and Landcare Partnership (HELP) Waihī, who cleared the bush of privet, blackberries, and wattles, and instead planted natives.
The Herb Society then spent a solid three months planting 1200 swan plants and 600 cosmos flowers, and creating paths leading to the picnic table donated by the nearby tennis club.
“When the garden was looking really nice and all the flowers were in bloom, it was amazing, and you could count well over 100 butterflies fluttering around at any one time,” Penryn said.
There are two butterfly hatchings a year: one in late-spring and the other in early-autumn, Penryn explained. But butterflies have to have food, and there isn’t quite enough of a mid-winter supply of the flowering plants they need, she said.
The caterpillars are also stripping the asclepias (milkweeds) at a fast pace, so Penryn has taken it upon herself to slow the dining down.
“I’ve rehomed hundreds of caterpillars to my house to stop them from stripping the plants,” she said. “I’d be going down with my basket and coming home, and the whole back seat of my car would almost be crawling with them.”
Going into winter, the butterfly population will decrease, Penryn said, but she and other volunteers will continue to establish the garden in anticipation for spring.