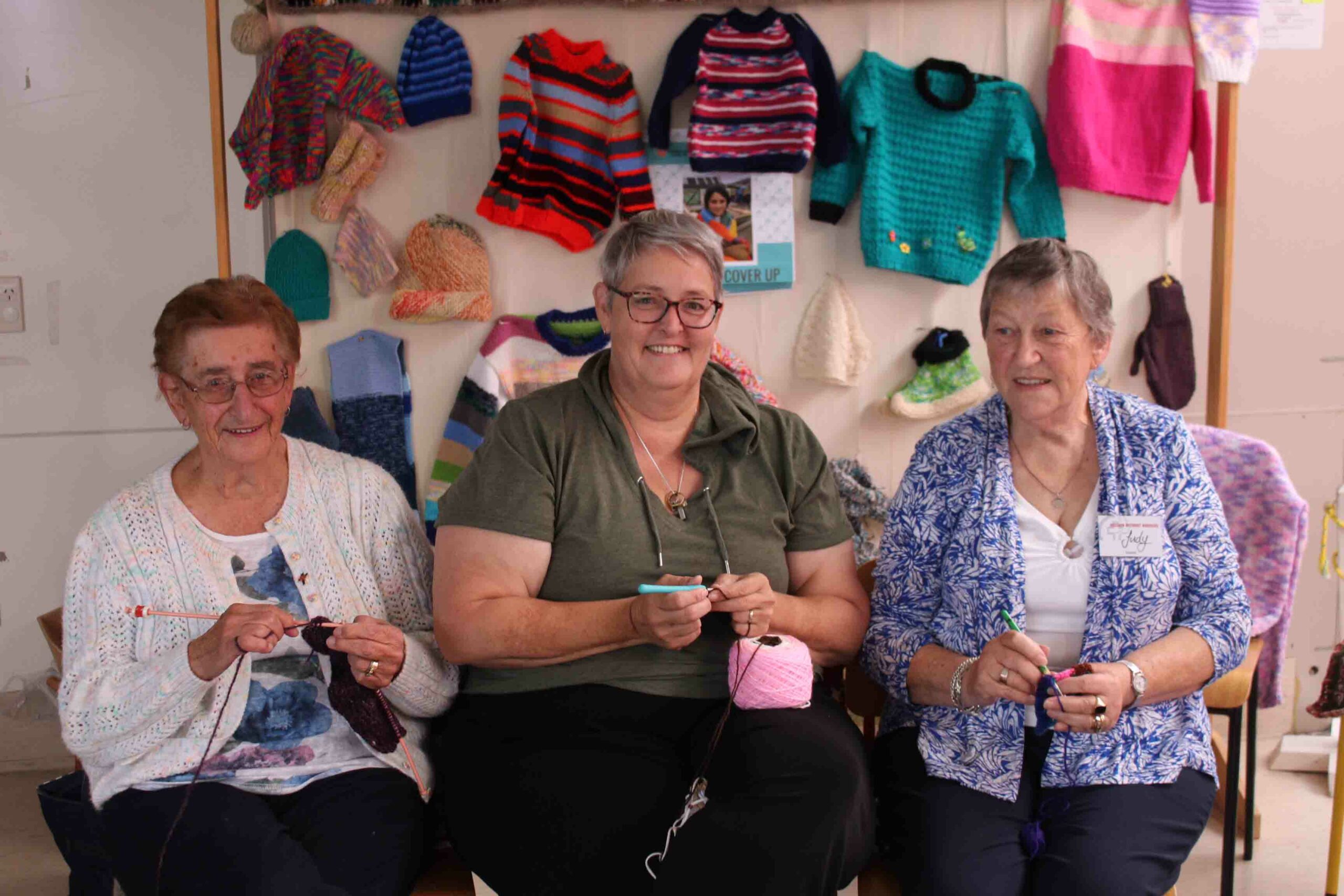 Operation Cover Up Thames has knitted and crocheted warm items for Eastern European families in need for more than 20 years.
The group, which currently has around 20 volunteers, was formed in 2000 after “several people” became aware some Ukrainian families “were in desperate need of clothing” during their harsh winters.
One of those people was volunteer Judy Gould, who told The Profile they always hear back from the families who received their donated items.
“They always write back and say when it’s arrived,” she said.
“[The items] all go out around November because that’s when it starts getting really cold in Eastern Europe.”
Judy said the group meets every Tuesday at Elim Church in Thames and was preparing for its display days at Thames Civic Centre on July 1 and 2 at Thames Civic Centre.
“The public’s reaction is always amazement, when you see the [display days] you need to see how many every year go overseas, it sort of blows your mind a bit,” she said.
“My role now is to put all [blankets] together.
“People can knit squares and they can hand them in and I’m busy weaving it into a rug and then we go round the edges to make it easy for the kids to get hold of.”
Judy said display day preparations were always “frantic”.
“We have a small storage at the back of the library and we store everything there packed into bags.
“However when the show is coming… we have to take all those bags from [the library] with the help of usually three kind gentlemen with their cars and trucks, load and unpack the bags and put them onto tables,” she said.
Judy said more Operation Cover Up groups had woven overtime in Paeroa, Waihī, Whangamatā and Whitianga.
“The wool’s gifted to us and some people like to buy their own, but we’ll supply you with what wool we’ve got and if you can’t knit or crochet we’ll show you how,” she said.