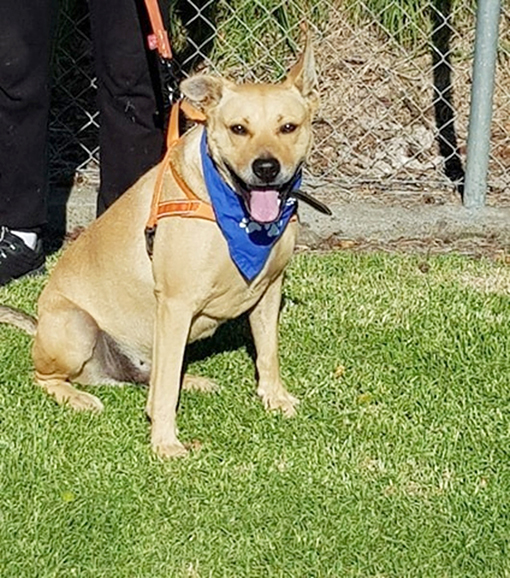 Sam, 7, has been in the Thames SPCA for two years after being abandoned by his owners. Photo: SUPPLIED

The day Sam gets adopted will be the day a ticker-tape parade marches around the Thames SPCA.
The seven-year-old Kelpie- cross has now spent two years in the centre, and although he’s become part of the furniture, manager Lisa Handcock says it’s time for Sam to find his forever home.
“We sit here and scratch our heads because we don’t know why he’s still here. We’ve adopted dogs out of here that have way more baggage than what Sam comes with,” Lisa tells The Profile.
“He just seems to get overlooked.”
Sam requires a special hypoallergenic diet, and a property that has sturdy, high fences.
Other than that, Sam – who was a former pound dog after being abandoned by his owners – has “a crack-up personality”, Lisa says.
“We reckon we should start a Tinder dating profile for him; do a bit of marketing… but when he leaves, we’re going to have to have a morning tea for him; it’ll be like a staff member is leaving.”
Lisa says that while the centre does its best for every dog, the reality is – they are still living in a centre.
However, there is a misconception that dogs residing in a centre have a “shelf life” – which isn’t true, she says.
“We commit to the animals to try to find them a home… and we’re going to get there with Sam, I know we are.”
The Thames centre is one of six SPCAs across the country offering a 50 per cent discount on dog adoptions during the school holidays.
Running until July 24, the discount aims to relieve capacity issues at the centres, which Lisa says were being caused by “a perfect storm” of circumstances.
“Since Covid, anyone in the rescue business has been inundated with puppies and dogs. There are dogs that were adopted during Covid, and now people’s financial situation has worsened, or they are back at work in the office, and the dogs are being surrendered,” she says.
“It’s the worst I’ve seen as far as dogs go since 2016 when I started here.”
The Thames centre has nine internal kennels and all are full.
But Lisa says no matter the demand, all prospective families must apply and meet the criteria to adopt, including passing a property inspection.
If they are renting, they must supply their landlord’s approval.
“It is a forever thing and there is financial commitment owning a pet,” she says.
DETAILS: For more information about the discount, or to enquire about adopting, visit the Thames SPCA at 321 Ngati Maru Highway, or phone 07 868 6830.