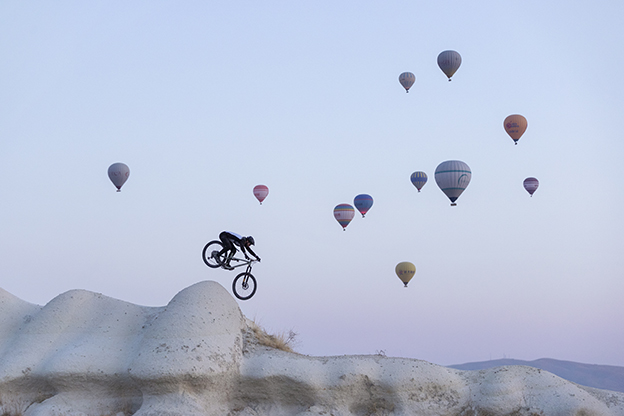 The Thames Mountain Bike Club is using an upcoming film night to boost its fundraising efforts for its Karaka Track upgrade.
The Big Bike Film Night will pedal into Thames next Wednesday, June 22, presenting an array of international and New Zealand movies specifically selected by Taupō-based curator Brett Cotter.
“Not many people would be proud to have their event defined as ‘weird, wacky and wonderful’, however that is one of the best ways of describing this celebration of the humble bicycle,” Mr Cotter said.
“Our 2022 collection contains 12 mesmerising films that are as varied and diverse as you could hope for.”
He would also be making a donation from the ticket sales towards the Thames Mountain Bike Club for the upgrade project, he told The Profile.
In the past five years, the club has raised $65,000 for two large and two small bridges, as well as slip repair along the lower 4kms of the Karaka Track.
It was now aiming to upgrade the track all the way to the Waiotahi junction.
“Unfortunately, the cost of the project has gone up and we are now short of our $75,000 target,” club spokesperson Ric Balfour said.
“To tackle that shortfall, we have started a Give-a-little page, begun a membership drive, and worked with Brett to bring The Big Bike Film Night to Thames.”
The fundraiser component will start at 5.30pm and include food and beverages for sale; a raffle for a mountain bike, and bike product; door prizes and a swapmeet.
“During the swapmeet we will showcase the work of the Coromandel Trails Collective supporting local mountain bike tracks, parks and adventure riding. There will be a map on the wall to orient people to all the great projects underway around the Coromandel.”
This year’s treasure chest of films includes one rider’s colourful adventure through dramatic landscapes to the illumination of hot air balloons; a small Hawkes Bay School’s ambitious plan to create a sustainable way to increase students’ hauora (a Māori philosophy of health and well-being); three friends’ mission to the centre of South America on a treacherous 2500km bike packing and raft trip; and one fixed-gear cyclist’s obsession with speed.
DETAILS: The Big Bike Film Night screens in Thames on Wednesday, June 22, 7pm at the Thames Civic Centre. For more information, and to buy tickets visit www.bigbikefilmnight.nz (door sales on the night subject to availability). Thames Mountain Bike Club will be at the film night from 5:30pm raising funds for the Karaka Track upgrade project, doing raffles, a swap meet of bike and outdoor gear, and they will have food and non-alcoholic refreshments for $2, entry gets a spot prize ticket.