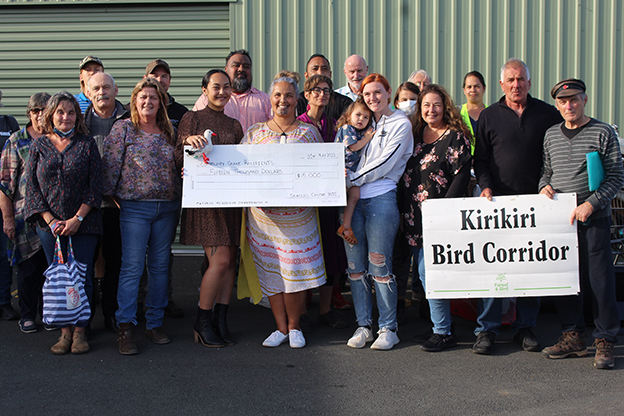 Eight education providers are among those to each receive $1000 grants from the Seagull Centre.
The Thames resource recovery facility rolled out a total of $15,000 for 15 local community funding grants on May 30 to allow individuals and organisations to turn their environmental project vision into a reality.
The public could apply for the grants for projects that created opportunities for locals to engage in local environmental issues or if they focused on community resilience through sustainable living practices, food security, education, or environmental kaitiakitanga (guardianship).
Board member Karen Woodhall told The Profile the Seagull Centre initially planned to give away 10 grants but decided to increase to 15 after there were “so many worthy applicants.”
“We went back to the trustees and said they’re all worthy, can we please spend another $5000?” she said.
“We did initially talk about it as a board but if we did go over 10, there was some leeway.
“Out of the 17 applicants there was definitely 15 who were well within the criteria, so we extended it to five.”
The Seagull Centre strongly encouraged youth to apply for one of this year’s grants and Karen said it was great to have eight out of 15 recipients involving youth.
“We had four schools basically asking for the same thing which is garden to table… which is interesting because you’d think that would be well saturated by other things that are going on in the community but it’s not,” she said.
“The (Kauaeranga Valley) Christian Camp, they were going to get children to plant the Central Kids application [to] restore Speedy Reserve, so again that’s something the kids are going to do.
“Moanataiari, they actually got two grants because they’re going to clean up [Burke St stream] here in front of us and they’re also looking after the dotterels in Kuranui Bay.”
Karen said there were more applications than the previous time the Seagull Centre made community grants available three or four years ago.
“In the meantime we’ve had to get our building and park here finished and that’s what we were concerned about money-wise, getting this sorted out,” she said.
“So that’s the only reason why we haven’t made the grants but now we’re in a position where we’re all sorted and are making some money, so it’s time to give back to the community.”
Karen said projects that benefited from Seagull Centre grants needed to be completed before December.
“We’ll ask them what they did with the money, maybe some before and after pictures, any comments or responses, we’ll get some accountability out of it, but I think the main thing is that it’s a visual thing,” she said.