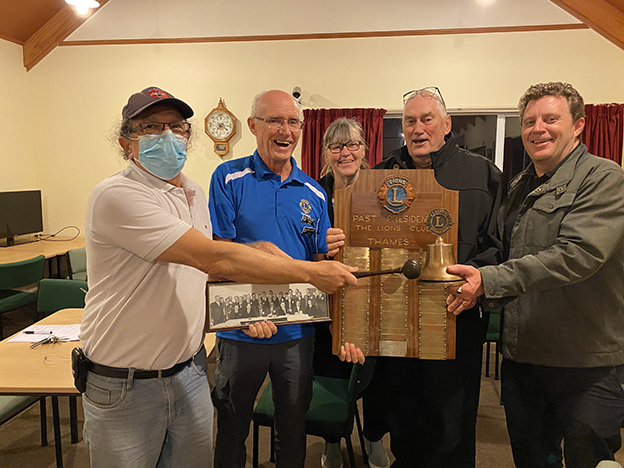 After 59 years of serving its community, Thames Lions Club has officially called it quits.
Mike Furey, who was the club’s final president for two years, told The Profile the decision was made after it couldn’t attract enough new members.
“We had an opening evening but nobody came along, I had to go on the street to passers-by, we advertised and put it in the paper [for people] to find out about Lions, and I put heaps of notices in the shops and we didn’t get any members from it,” he said.
“So it’s very sad… [for] people who join the Lions, our guiding principle is we serve, we try and serve the community. If we could’ve attracted new members, it would’ve been wonderful.”
Mike said at the time of closure there were around 12 members on the club’s books but only five or six were active and even they had not been coming to meetings or being involved.
“They’re all very sad because some of them have been in it a long time, they didn’t want to see it close but there’s no alternative,” he said.
“For an incorporated society, you’ve got to have at least 15 members. With five [members] and with the secretary resigned, the end of my term and the treasurer wanting to take on responsibilities at another club, without those three and just two other people it’s not a club really.”
Mike said the club’s initiatives over the years included holding stalls for Kauaeranga Valley Visitor Centre open days, installing a play boat at Porritt Park, cutting privet trees and helping with Model Barn open day car parking and the Paeroa Lions Club cycle rally.
Mike said the club also recently installed a community piano donated by Thames piano teacher Sharyn Clark in Goldfield’s Shopping Centre and hoped to get more projects off the ground. “I was all for getting the community involved in things… we have a whole list of ideas of what we could do but without people in the organisation to help it’s not easy.
“I was looking to do a concrete [table tennis table] outside of Porritt Park but apparently Porritt Park is being developed… I was hoping that would be our last contribution,” he said.
“I’m looking to negotiate with Goldfield’s to see if we can get some table tennis tables put in there with the funds that we’ve got left.”
Mike said he also planned to give some of the club’s remaining funds to other Thames organisations, would continue maintaining the club’s signs in Thames and had given their resources to The Treasury.
“We’d like to thank the community for all their support over the years… we hope we’ve served Thames well and that’s all we were trying to do, make Thames better.”