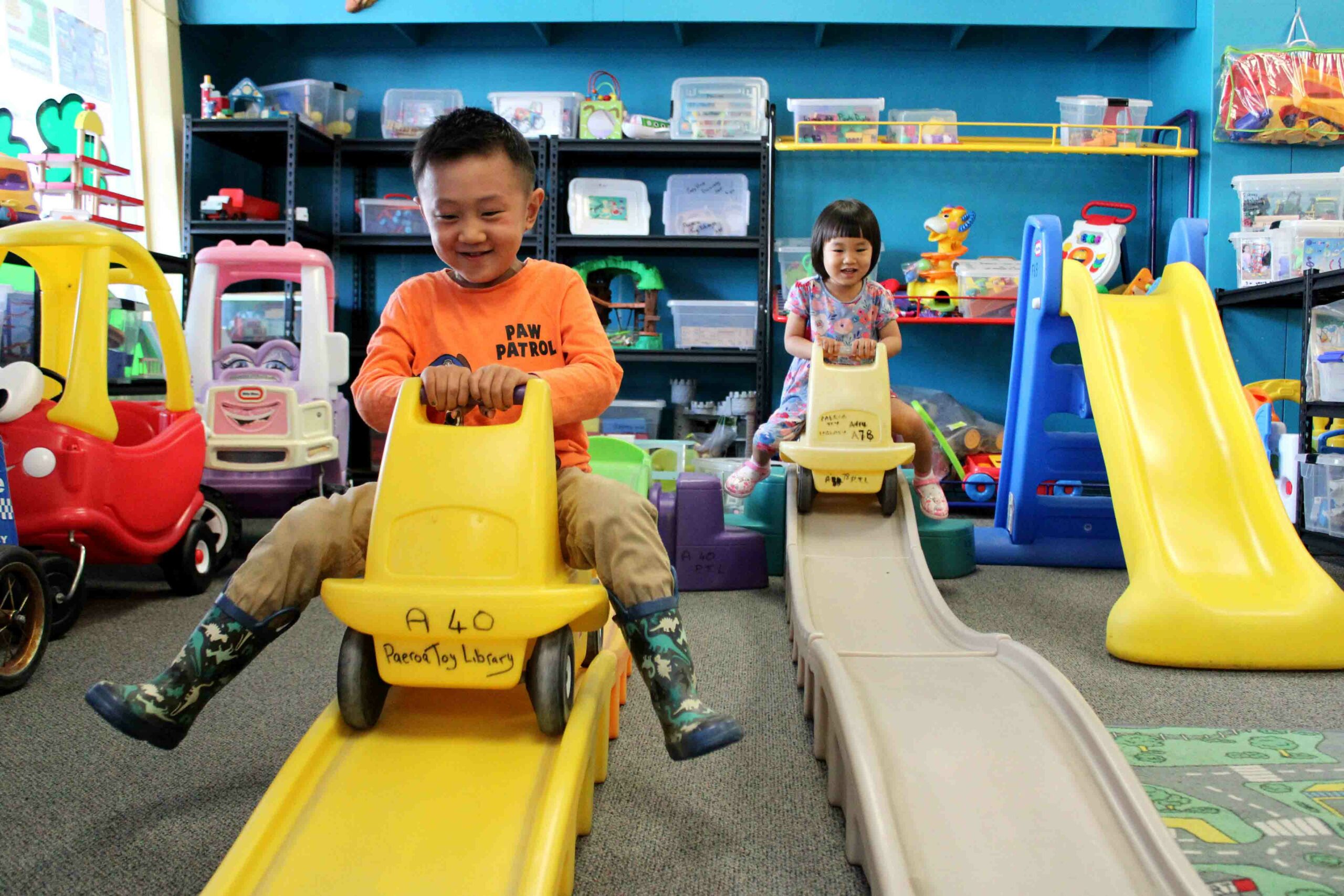 There are toys at the Paeroa Toy Library waiting to be played with.
The purple-painted non-profit along the main drag is encouraging new and old members to take a peek inside, after the Covid-19 pandemic caused a drop in numbers.
But with new toys on the shelves and funding secured, the toy library’s committee members are ready to welcome back its customers.
Two of the library’s most loyal fans, Howard and Ryanne Yang, completed an enthusiastic dash around the room last week, leaving with a child-size shopping trolley and groceries.
Their mum, Ting Heng, said her children go to the library every two weeks.
“I save a lot of money on buying toys, which don’t last very long. Also, throughout the process, I keep telling them these are the toy library’s toys, not our toys, and we need to learn how to look after them so that other kids can have a turn later,” she said.
“They understand that and treat the toys with respect.”
Howard and Ryanne do have their favourite toys, which they might borrow a few times, but Ting said as they have got older, their selections have grown in complexity.
“I think because people haven’t walked in here, maybe they have not realised that this is such an awesome service and facility that they can utilise.”
Pre-Covid, the library had more than 100 people use the service a month. Now, that number is sitting around 60-70, committee member Wei Zhang told The Profile.
“We really want to see more people using the toys here,” she said.
”This area is not a wealthy area, and we want to give kids a fair chance to have access to the same kind of toys as those in the wealthier areas. Also, we want to help the kids learn better while they’re younger, so we provide toys that teach kids how to spell, how to count, and how to play music.”
The library caters to children of all developmental stages, from newborn up to age five.
It recently secured around $2800 in funding from the Government’s Community Organisation Grant Scheme, which will be used to pay for the library’s rent and operating costs.
Wei chooses what new toys to buy – with input from the volunteers, she said.
Bill Reed has been the toy library’s president for just over a year and said the library was a safe place to come to. The volunteers are masked-up and all the toys get cleaned before they get put back on the shelves, he said.
“It’s such a good service and people appreciate it. I love seeing the kids come in – they have a ball.”
DETAILS: Paeroa Toy Library, 120 Normanby Rd. Open Tuesday, Friday, and Saturday 10am-12pm, and again at 3.30pm-5pm on Tuesdays. Find them on Facebook.