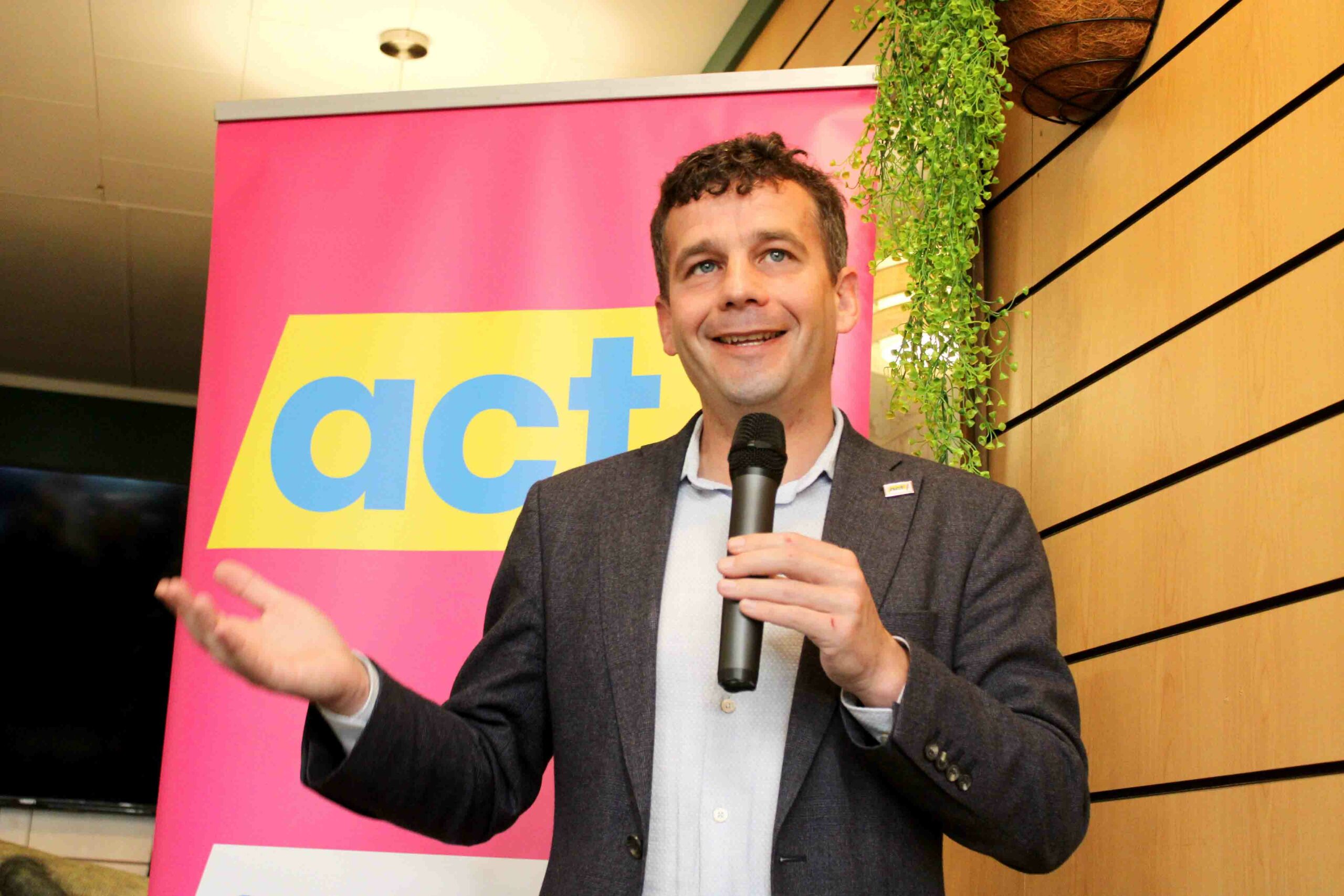 The long-awaited creation of a new business and marine precinct in Kōpū is the “perfect example” of an unstreamlined consenting process that needs to change, Act Leader David Seymour said.
The Thames Business Association invited the political leader to speak at Gastronomics on May 2, where Seymour asked attendees if they would prefer New Zealand be likened to an “idyllic island paradise” where cancer treatments were scarce, or a more “Singaporean” country that fostered growth.
To become the latter, multiple changes such as reforming the Resource Management Act was needed.
“At the moment, one of the biggest challenges we have is it takes longer to get permission to build things than actually build them, and the [Kōpū] wharf is the classic example,” he said.
“In the process of trying to get consent for an all-tide wharf in this town that could allow the mussel trade to be done much more efficiently than driving up over long, winding roads, in the time we’re waiting for the council and government to allow it to happen, the price has doubled.
“It’s gone from $8m to $15m.”
Seymour said if the country had a “Singaporean vision”, it would streamline the consenting process and “let the bloody thing get built”.
“Instead, we decided to spend as long as it has taken to get permission, [and] the price has doubled and it may never happen, and that just saps the energy and the initiative out of people to the point they don’t bother, or if they don’t withdraw into themselves, they withdraw completely from the country.”
Back in 2018, a feasibility study for Kōpū was completed and an application to the central government’s Provincial Growth Fund for a business case to progress the project was approved.
Two years later, $8.2m was approved by the government for the development of the marine and business precinct, but earlier this year, roughly 125 metres of mangroves halted the project as it awaited consent by an independent panel, on behalf of the Environmental Protection Agency.
Consent was granted in March.
“We’ve got to get our RMA and resource management laws streamlined so that the presumption is towards development,” Seymour said. “That is one of the major areas of reform – rather than New Zealand just being a nice place to visit.”
Seymour also told attendees of Act’s policy to reward prisoners who complete literacy programmes and driver licensing tests with reduced sentences.
This would ensure those leaving prison would be able to have a form of identification and apply for jobs.
“All of this stuff we talk about under the banner of thriving communities is designed to stop the ram raids and the gangs taking over the place and the general social decay that people are reporting and getting angry and anxious about every day,” he said.
“None of it is complicated.”