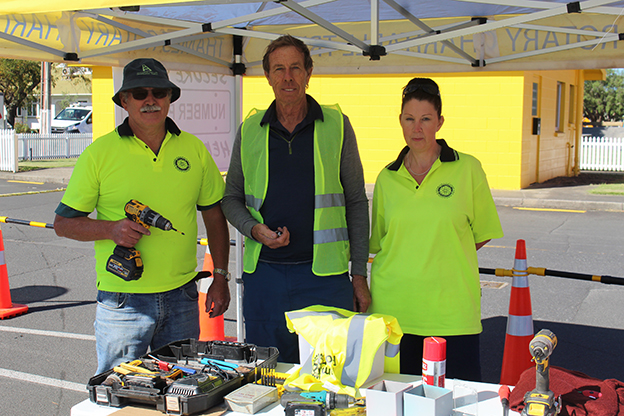 Rotary Thames members replaced vehicle registration plate screws for the public on Saturday in an effort to reduce licence plate theft in the region.
Rotary members used anti-theft screws intended to deter opportunist thieves with a standard screwdriver and make it very difficult for them to steal licence plates.
Rotary Thames president Warren Sly said Rotary held the initiative at Goldfields Shopping Centre on April 23 after noticing an increase in car and licence plate thefts in the Thames area.
“We’ve become very aware of car and number plate theft increase in the [Thames] area, which seems to be happening on a wider scale as well around New Zealand,” Mr Sly said.
According to the Thames Business Association, 384,516 vehicles drove into and out of Thames during December. Of those, 33 were either stolen vehicles or had stolen number plates. In recent times, with the cost of petrol rising, Thames Police earlier told The Profile more criminals were stealing plates to be used in service station thefts.
Mr Sly said the licence plate initiative was also driven by Rotary’s desire to fundraise and provide a service for the community to secure their licence plates.
“We’re always needing to fundraise to support especially our youth programmes, and with Covid, our fundraising has been struggling so we’ve had to cancel many of our fundraising events.
“So we decided to combine this as a fundraiser and provide a service to secure their number plates.”
An ANPR camera in Thames was installed in late 2020 after calls from the business community, which has been struggling with ram raids and burglaries – most of which committed using stolen vehicles.
With the camera installed, Thames Police are now alerted to a potential stolen vehicle within seconds.

Signatures amassed in support of widow