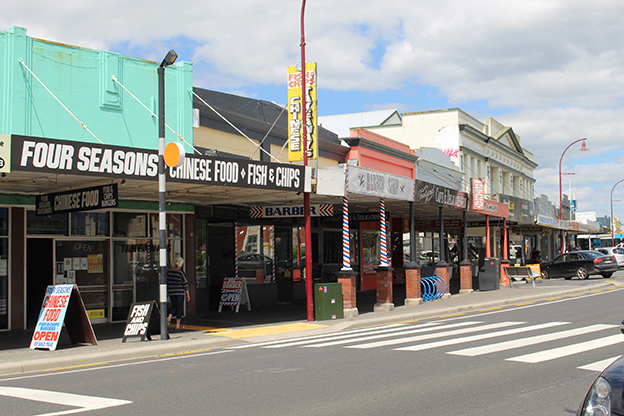 Paeroa’s main streets have been deemed a risk to the public amid fears pedestrians may be crushed by unreinforced masonry in an earthquake.
In an extraordinary meeting held on November 23, Hauraki District Council named four streets in Paeroa’s central business district as “busy thoroughfares” under the national earthquake-prone building system introduced in 2017 by the Ministry for Business, Innovation and Employment.
This means those streets experience high foot traffic and are considered an “at risk location” in an earthquake. Council’s decision means owners of potentially earthquake-prone buildings on Belmont and Normanby Roads and Mackay and Wharf Streets will be informed by council by July next year of their obligations under the Building Act.
Building owners will then have one year to provide engineering assessments of their building to council, who will then determine whether their building is earthquake-prone.
Because the Hauraki district has been categorised as a medium seismic area, earthquake-prone building owners will then have 12.5 years to earthquake-proof their building or vacate or demolish it.
The Profile earlier reported the Paeroa RSA needed to raise an estimated $1 million to earthquake-proof their 95-year-old Wharf St building.
An earthquake-prone building notice was issued by Hauraki District Council to Paeroa RSA in September last year requiring them to earthquake strengthen the building by 2032 or they would need to vacate.
President John Hallett, who’s held the position for three years, said the building was an iconic part of Paeroa and couldn’t be demolished because of its heritage status.
In a statement, Mayor Toby Adams said making it a priority to earthquake proof buildings in busy areas sooner rather than later could be lifesaving.
“After the earthquakes in Canterbury in 2010-2011, and most recently in Melbourne, we’ve witnessed the risk vulnerable unreinforced masonry buildings pose to public safety and property during a moderate earthquake,” he said.
Before council classified the four Paeroa streets as “busy thoroughfares” they asked for public feedback which took place during the month of October.
Eight of 13 respondents opposed Council’s proposal, saying it would cost too much for building owners to earthquake-proof their buildings and cause “mental stress on top of the Covid stress they are all suffering from”, the council report said.
In a written submission, Warrick Buchanan, of Paeroa Farm Services, said the council not publicly listing the already identified earthquake-prone buildings in Paeroa caused concern and brought into question council’s assessment. He also said it was disappointing that building owners didn’t have enough time to be consulted.
The council report said under the earthquake-prone building system, all territorial authorities must assess all relevant buildings in their district to determine if they’re potentially earthquake-prone.
They then state the consultation process for busy thoroughfares only relates to unreinforced masonry buildings.
Council also ruled Waihī’s Seddon and Rosemont Streets to be busy thoroughfares at the November 23 meeting, but there were no unreinforced masonry buildings in Ngatea. By GORDON PREECE