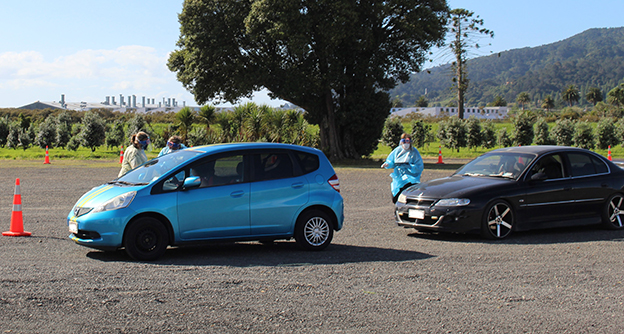 As Covid-19 arrived in Thames Valley last week, rural communities around the district remained some of the lowest-ranking throughout the country in being fully protected from the virus.
And with the Auckland border opening on December 15, Coromandel MP Scott Simpson said there was no more time for complacency.
On November 18, the Waikato DHB confirmed there was a positive Covid-19 case in Thames.
Before the Valley Profile print deadline on Monday, no locations of interest had been added to the Ministry of Health website, and no further cases had arisen.
However, the confirmed case prompted some businesses in Thames to close, including the Grahamstown Bar and Diner in Pollen St.
Owner Karl Edmonds told The Profile a family member of one of his staff was a possible close contact to the positive case, prompting closure of the business.
All staff had been tested and all have since returned negative results.
Coromandel MP Scott Simpson said news that a person tested positive for Covid-19 in Thames would come as a shock to many, but it was only “a matter of time” before the virus was found in the region.
“Ours is a community which has many elderly members, some of them will be worried about what this outbreak will mean for them.
“The best advice I can offer them is to ensure they take all practicable steps to stay safe and healthy,” he said.
As at November 22, Hauraki Plains South was ranked in the bottom four per cent for fully vaccinated populations across New Zealand. Around 22 per cent of residents were unvaccinated there.
Hauraki Plains North had 17 per cent of locals unvaccinated, while rural Paeroa had 22 per cent of residents unvaccinated and was ranked in the bottom eight per cent.
While the suburb of Totora-Kōpū was ranked in the top 47 per cent for fully vaccinated populations, with only 60 doses needed to reach 90 per cent double-jabbed, the rural community of Matatoki-Puriri needed 216 doses, and was also ranked in the bottom eight per cent.
The data came as Prime Minister Jacinda Arden last week announced changes to the Auckland border.
From December 15, those who have received both Covid-19 vaccinations or have returned a negative test can travel into and out of Auckland.
That meant visitors could again be welcomed to places like the Coromandel Peninsula and Tauranga, passing through vulnerable Thames Valley towns along the way.
Mr Simpson told The Profile that high vaccination rates were needed to ensure the survival of Covid-19-impacted businesses.
“Townships along State Highway 2, particularly, have been devastated by the lack of domestic travel between Auckland and the Bay of Plenty, so Ngatea, Paeroa, Katikati, and Waihī – all those places where people stop, have lunch at a cafe, or stop for petrol, have been missing out now for months,” he said.
“If they don’t have an opportunity to make money during the summer break, there’s very little capacity to make that up during the rest of the year, even if borders were open.”
Mr Simpson said it was inevitable that Covid-19 would come to “a town, a community, a neighbourhood near us soon” – adding that low vaccination rates put people at risk.
“People have had plenty of opportunities to get vaccinated, and those that have chosen so far not to be, I think need to take a good hard look in the mirror if they’re using the excuse that it’s hard, it’s difficult, or it’s challenging.
“That’s not the case,” he said. “It’s pretty easy, pretty simple, it