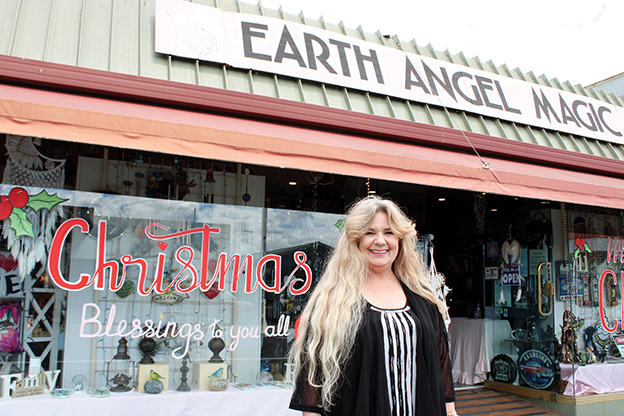 An idea to try out a big-city tactic in small-town Thames to boost the local economy ahead of Christmas has received a positive response from shoppers.
Around 78 per cent of customers quizzed in a poll run by the Thames Business Association supported late-night shopping in town on one or more Fridays before Christmas.
Traditionally, many of the shops along the main drag of Pollen St close at 5pm during the week, but now Covid-19 restrictions have cancelled Santa parades and kept Auckland borders closed, late-night shopping could be the “community, social event” the town needed.
In the poll, 65 per cent of retailers said they would consider offering late-night shopping on one or more Fridays prior to Christmas.
Their favoured date was December 17, followed by December 10.
One retailer said the scheme would only be effective if a sufficient number of businesses bought into it, while another said they had offered late-night shopping in the past but generally closed early, as it was “a ghost town”.
“I think if we want to make it viable it would need to be in conjunction with Christmas carolers, buskers, street food, and performances… It’s not an easy task to get people out at night,” they said, adding they would support whatever would be designed.
Another retailer said security for their staff and products was a “big issue”, while another commented that late-nights were “so last century”.
Shoppers were more positive about the proposed initiative, with only 22 per cent saying they would not utilise it.
“As we have lost the Santa Parade, maybe late-night opening could also be used as a community social event,” one said.
“Invite buskers or have some kind of music. Have Santa set up outside Stirling Sports. How fun,” another added.
A motel operator said they would encourage their guests to support the scheme, while a few other commenters said they could shop during the day, but it would be “a good thing for those who work 9-to-5”.
“[It] would be great to finish work on a Friday afternoon and not have to rush to get to the store(s) by 5pm. Definitely what the town needs,” one said.
In Paeroa, late-night shopping is something Earth Angel Magic owner Alicia Wilson provides every year.
When The Profile visited her store on Thursday, there was Christmas music blaring, and festive signage painted by artist Brian Low on her window.
“One of the reasons I want to do that little bit extra this year is because I feel like we all need that extra joy and love and light,” she said.
“A lot of people work, so the only time they’ve got to do any shopping is after hours.
“So for the first couple of weeks [of December], I stay open until 6, and then the two weeks leading up to Christmas, especially on Thursday and Fridays, I stay open until 8.”
Alicia said Paeroa had been very quiet since the arrival of Covid-19 in the country, but under normal circumstances, late-night shopping would “definitely” be successful.
Ngatea Santa Parade organisers are unable to go ahead with the parade this year, but have come up with an alternative that does not breach Covid-19 restrictions.
Spokesperson Shannon Stratford said Ngatea will hold festive late night shopping on Friday, December 10, from 5pm, with live street music and a visit from Santa, who will also be available for photos.