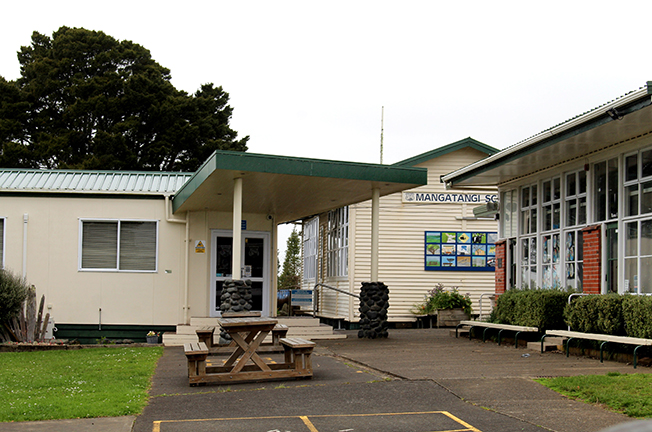 The sudden lockdown that put a ring around an upper Hauraki community is being described as a week-long guessing game by those within it.
Confusion about travel restrictions and accessing essential services was rife when the Kaiaua/Whakatīwai area, including part of Miranda and Maramarua, was put into an Alert Level 4 lockdown early last week after positive cases of Covid-19 were found in the community.
Community leaders, such as Kaiaua School principal Karlos Bosson, were left in the dark.
“I felt way out of touch, because I was always waiting for the 1pm briefing,” he told The Profile.
“Everybody got caught on the hop when we were at level 4, and then it was level 3 and nobody knew.”
On September 19, it was announced that three members of a Kaiaua/Whakatīwai household tested positive for Covid-19 after coming in contact with an infected remand prisoner.
At least one of two primary school children had Covid-19 symptoms when they attended Mangatangi School, quickly sparking fears the deadly virus had spread throughout the district. A bespoke level 4 lockdown and Section 70 stay-at-home order was immediately issued for the area, but by Saturday night, restrictions eased after negative test results.
Matua Bosson said it felt that because they lived in a “small little pocket in the northern part of Waikato” there was a “she’ll be right” attitude from central government. “It brought to the fore that a small rural town… it didn’t matter. It was as if: ‘They’ve been tested, so that’s okay, let’s just carry on’. A bigger centre? ‘We’ve got to watch this closely, get all the services in there’. A small town of less than 2000? ‘Eh’.”
Coromandel MP Scott Simpson said it wasn’t just the Kaiaua/Whakatīwai community that felt abandoned – but the whole country.
“The level of communication coming from Dr Bloomfield’s team, and indeed the government, was atrocious. There were mixed messages, there were confused messages, there was a lack of clear direction or commonality in terms of the messages that were being received, and people like [Waikato] Mayor Allan Sanson, [Hauraki] Mayor Toby Adams, and myself, had to often rely on second-hand information – some of which at times seemed unreliable.”
Mr Simpson said Wellington operated in “it’s own little bubble” and said there had been times during the Covid-19 crisis where he felt “people of the Coromandel and Hauraki had been completely left wondering by those in Wellington who think they know best”.
“But actually, often they don’t even know where the geography is, they don’t understand where district and electoral boundaries are, they don’t understand where marae and roads are.
“We had this right from the very beginning when we had that positive test result from the man who spent the weekend in Coromandel town. Even then, we had the same level of confusion for several days, so I was terribly disappointed that when we had another situation in another part of the Coromandel electorate, clearly Wellington bureaucrats had absolutely no clue of the communities of interest,” he said.
“It’s no wonder locals were confused and concerned.”
Kaiaua School has had to cancel its annual Calf Club and Gala Day set for October 24 due to the flow-on effects of the sudden shutdown.
Getting back into routine after the August lockdown had been “challenging”, Matua Bosson said, but he gave credit to staff and locals who were “working their backsides off” to keep the community running.
“We were all doing our bit, but what was really frustrating was the lack of communication. It’s just not good enough.”
The Ministry of Health was contacted for comment. By KELLEY TANTAU