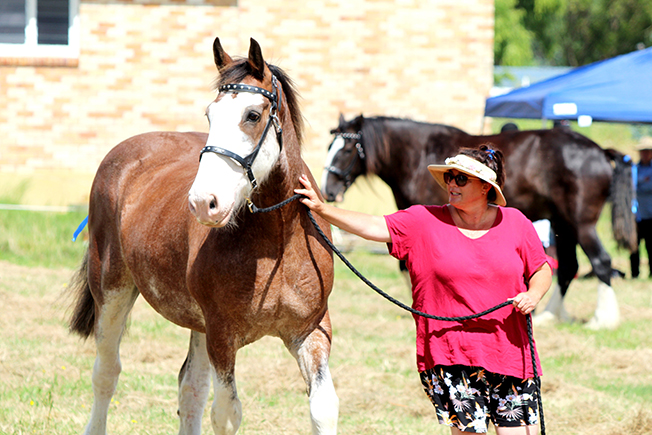 The show provided hours of fun for all ages. File photo: KELLEY TANTAU

Organisers of the Paeroa and Plains show have pulled the pin after more than 120 years on the district’s rural calendar. KELLEY TANTAU reports

The Paeroa and Plains annual show scheduled for January 8, 2022, has been cancelled.
In a statement released last week, Paeroa A&P Association acting president Bruce McRobbie said the association had “found itself operating without a sufficient financial base”.
In recent years, it had also been lacking the personnel and sponsorship numbers to drive the organisation forward, he said.
“A project team of councillors from the Mid-Northern District Council (Royal Agricultural Society) have stepped in to offer support to the district in their endeavours to continue the tradition that has seen a show developed and delivered regularly since 1898.
“Despite this support, the show program has been unable to generate sufficient cash funding to allow the business to continue confident of a positive financial outcome for the association.”
Mr McRobbie said the Covid-19 outbreak had also brought uncertainty to the showing industry, and that alert level restrictions could prevent a show being delivered in its preferred format, or even at all.
“Accordingly, after due consultation, the management team representing the interests of Paeroa A&P Association have taken the decision to cancel the next show scheduled for Saturday, January 8, 2022.
“This will allow sufficient time for a review of the business case for the Paeroa and Plains Show going forward, the redevelopment of the Paeroa A&P Association, and the sourcing of sponsorship and financial capital for the future,” he said.
Formerly called the Paeroa A&P Show, its name was changed to the Paeroa and Plains Show to better reflect the move in venue to Kerepēhi Domain several years ago after its traditional venue, the Paeroa Racecourse, was sold and became unavailable.
It was last held at the domain on January 9 this year, and featured around 200 horses, a new Clydesdale section, a bouncy castle, and food and coffee carts.
There was no livestock, but they had planned to have more animals next year.
The show’s horse steward, Louellen Davies, told The Profile ahead of the last show she hoped the event would be long-lived.
“The show has to have a home and that’s where we are at Kerepēhi, we are there to stay.”
“And the show will go on because in my book, 121 years is a lot of blood, sweat and volunteers,” she said.