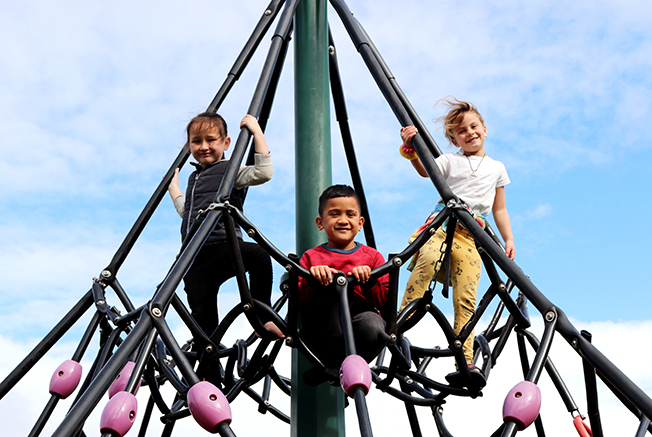 Come next year, students from Thames South School will don a uniform that will give them “a sense of identity and belonging”.
On it will be the school’s new logo, which was designed following a name change that would further connect the kura with its surroundings.
The “refresh” is a way to inform whānau and re-energise the kura (school), and has been a work-in-progress since 2020.
“We’ve been to-ing and fro-ing for a while because we had a few design changes for the uniform,” board chair Michael Barlow told The Profile.
“We didn’t want to do anything until we were 100 per cent sure that this was the way we were going to go.
“We had given ourselves until term three to put it all out there,” he said.
Following an approach from local iwi Ngāti Maru, it was suggested the school look at the original Māori name for the area it was located. It was discovered there was a large pā located at the mouth of the Waiwhakaurunga (Kauaeranga) River and the name of that pā was Te Kauaeranga.
The Te Kauaeranga pā was very large, and was given the name Shortland after the then-acting governor of New Zealand, and had been transliterated by Hauraki Māori as Hotereni ever since.
Therefore, Thames South School changed its name from Hoterini ki te Tonga, to Te Kura o Te Kauaeranga.
“It’s about being more culturally responsive and mindful of why we use these terms, what they relate to, and being a bit more true to who we are and what we believe in,” Whaea Janna Brewster said.
“After our discussions with the name change, we then started talking about new logos,” Matua Barlow added.
The new kura tohu (school logo) has been designed with input from the school’s whānau, and with help from kaumātua Wati Ngamane and Matua Rick Fisher, as well as Whaea Tineka Rhind and Whaea Kylie Turoa.
It incorporates a poutama (stairway) that represents genealogies and the various levels of advancement; a Tētēkura (warrior scholar) that strives for excellence in Te Ao Māori whilst serving the whenua and iwi; and a whai (stingray), the kaitiaki that acknowledges mana whenua.
The three implementations – the name reset, the logo, and uniform – all worked together to provide the kura with a sense of connection and pride, Matua Barlow said.
“It is exciting, especially for South School.
“There hasn’t been much change for a while and there is relevance to what we are doing.”
The uniform is currently in production, and, already armed with a positive response from whānau, it is hoped it will start rolling out in 2022. By KELLEY TANTAU