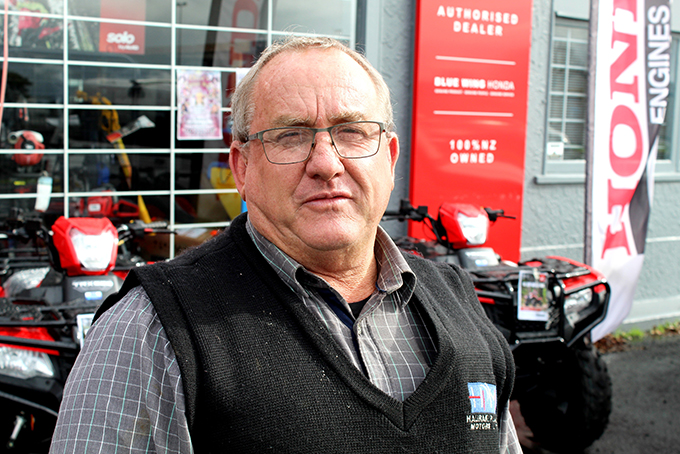 Four years away from his double gold star and Miles Shelley is still as passionate about the fire brigade as the day he started.
“The first fire I ever went to was at a meatworks way back in ‘75. Most people do tend to remember their first big one,” he told The Profile.
“I was only 16 then, and you started as a runner, running backwards and forwards after the officers.”
Miles has been chief fire officer of the Ngatea Volunteer Fire Brigade since 2010. He started volunteering there 46 years ago.
The work has changed a lot over the past four decades, he said, with medical call-outs and car crashes becoming a regular part of the job.
Over the past three years, 40 per cent of calls were for motor vehicle accidents, with 33 per cent of calls relating to fires.
He can remember a large dairy factory fire he attended at Kerepēhi back in the 80s.
That same decade, he was involved in helping out after the Paeroa floods, and the crew got stuck in town and had to bunker down under desks at a primary school.
And while part of the brigade, Miles also spent every Tuesday night for 40 years as a first responder with Hauraki Plains St John ambulance.
He also organised a quad-bike system for retrieving patients who could not be reached by ambulance.

In 2017, he was awarded a Queen’s Service Medal for his services to the New Zealand Fire Service and the community.
“I was never into rugby or club stuff, so I did it, in a way, as a different class of sport,” he said.
“It’s something you can do for your community to give back, and it can be very enjoyable.”
Miles’ son Adam has completed 18 years in the same brigade, and there were also a number of members who were coming up to 25-30 years, Miles said.
“We’ve retained a lot of members, so that’s got to be saying something for the brigade. People enjoy staying there.”
With National Volunteer Week this week, Miles said they were “always looking for new recruits”, and encouraged people to come along and have a go.
Those interested can pop into the Ngatea brigade on Dent St on training nights, Wednesdays at 7.30pm. By KELLEY TANTAU