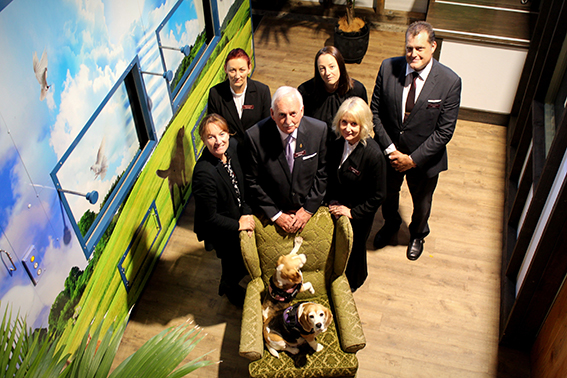 Adrian Catran cannot recall a type of death he hasn’t seen.
Working at Twentymans, a funeral home in Thames for more than three decades, has equated to around 10,000 deceased persons.
He still gets a knot in his stomach when he heads to a house or a scene or to a place where a person has died.
“Once I get there though, another mechanism switches on.”
Adrian started working part-time at the Pollen St funeral home in 1990, full-time since September 1993, and within a week, he was told to enrol in a funeral directing course in Wellington, which was completed in 1994.
“I was the oldest one in the course at 47, and the youngest was 20,” he said. “It was very hard to sit at a desk for eight hours a day listening to a tutor.”
He bought a half-share in the business in September, 1993. Three years later, he owned Twentymans outright. Death, he said, still had a “mystique” about it.
“I can remember when I first got on [Thames-Coromandel District] council, in 1993, the then-mayor shaking my hand and asking if I’d washed them before I got there,” he laughed.
“But I’m lucky here. There are lots of strange little things that have happened since I’ve been here.”
One of those moments was when a man called the business, asking how to sell his plot at the Totara Cemetery. The location of the plot turned out coincidentally to be right next to Adrian’s parents’, so he purchased it off the council. In another instance, Adrian serendipitously stumbled across one of his father’s long-lost cufflinks when visiting a family at their home for a funeral arrangement – something he didn’t normally do. The family returned the cufflinks to Adrian.
The 74-year-old is now, to the best of his knowledge, the oldest funeral director still working 24/7 in New Zealand.
He has conducted funerals as far north as Ngawha Springs in Northland, and as far south as Martinborough, near Wellington, and he even drove through the forestry roads amid flooding to get to Pauanui so as not to be late for a funeral. In more than three decades, Twentymans had never been late for a funeral. After 31 years, he said he had no interest in selling up.
“It still piques my interest to be here, and the challenge is still there,” he said.
“And our team works really hard to ensure that the funerals we conduct reflect on the person that has passed away. We try to celebrate their life, because funerals are for the living, so we try to put together a package that encompasses all the good things about a person.”
Twentymans also provides professional cremation services to the wider district, using the latest equipment and state-of-the-art technology. Its cremator was installed after a seven-year wait for consent approval, and attracted opposition from members of the public; however, Adrian said the extension to the business had been a big success. They had completed 409 cremations since the service was added in late-2019, adding more than $250,000 annually into the Thames Community instead of Hamilton City Council coffers.
“We pride ourselves on the fact that there is no such thing as a problem, just challenges, and I love a challenge,” he said.