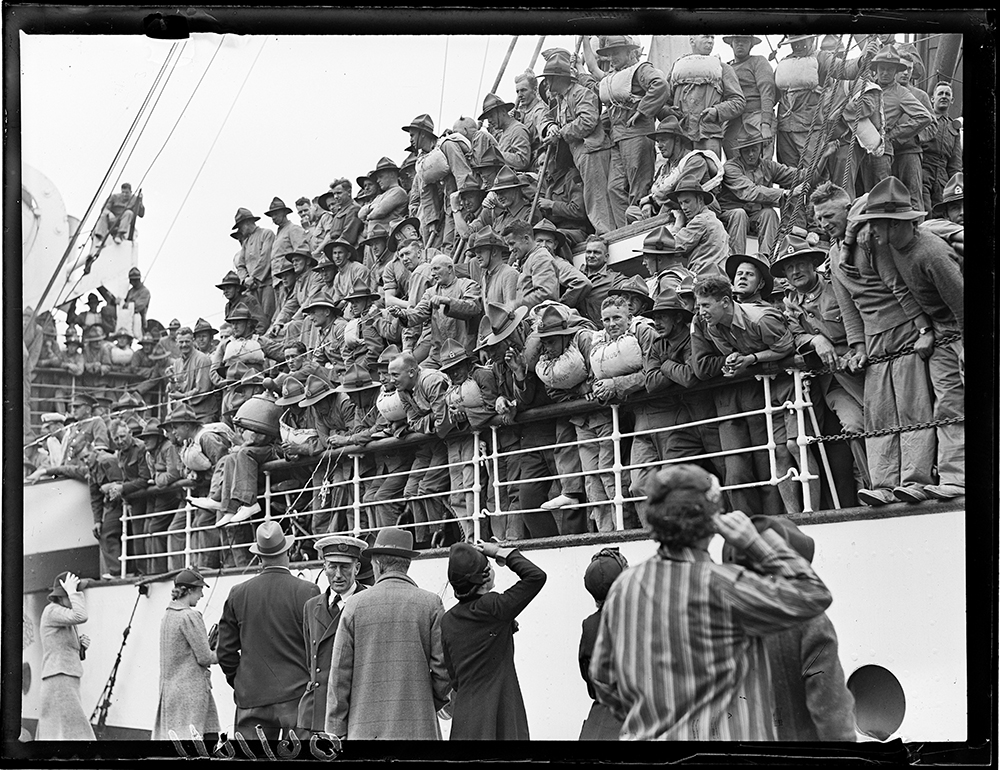 1940
The effects of World War II, now entering its second year, began to impact on the Thames Valley. White feathers, sometimes associated with cowardice, were received through the post by dozens of Paeroa youths.
The person responsible evidently obtained a list of names from a report in the local newspaper of the Paeroa Amateur Athletic and Cycling Club as almost every male competitor in the weekly sports received a feather. Nearly all of the recipients were far too young to enlist.
A farmer residing near Paeroa returned from that town after filling his petrol tank and locked his car in the garage overnight. The next day he drove about half a mile when the engine stopped. On investigation it was found that the tank had been drained of all petrol and water had been substituted. The puzzling pilfering was most likely due to petrol rationing during the war.
At Thames the Emergency Committee held a trial run of a blackout. The large fire bell at the Shortland end of the town was rung at 6.45pm and lights extinguished. Respective committees – medical, ambulance, police, hospital, transport, supply and communication – took up their positions. The public was asked to co-operate in the demonstration of precautions.
Three Thames residents invented a fighter aeroplane of a totally new design which incorporated provisions for very high air speed, silence and greater safely in landing. The plans were to be submitted to officials in aeronautics. A stock route from Ngatea to Mangatarata, which, besides making a shorter journey for drovers, would keep clear about 13 miles of main highway from Ngatea to Waitakaruru, was opened by the Public Works Department. It was signposted by the Auckland Automobile Association. The route followed the Orchard West Road to the Maukoro Canal, and then along the partly finished formation of the Paeroa to Pokeno railway to the crossroad on the foothills of Mangatarata.
A Netherton farmer, Claude McNeil, fell 15ft from a haystack on his property and broke both wrists. He was just completing the stack when the grab line snapped causing him to fall headlong on to the ground. He was admitted to Thames Hospital. A peculiar looking craft amid the raupo and tall weeds of a narrow roadside drain on the Hauraki Plains attracted attention. The vessel was driven by two paddle wheels at the stern and had a special knife to cut a passage though the weeds. The odd object was the Lands Drainage Department’s drain cleaner.
The two knives, shaped like mower blades, cut the stems of the weeds close above the roots and pushed the debris to the sides of the drain for removal. Its efficiency illustrated the saving in time and cost over the old method of men in thigh gum boots using shovels and drags in deep water. Landowners, however, complained that the machine-cleaned drains became less efficient each year as the cut stems obstructed the flow of water and the silt was not removed as was done the old way.

PHOTO: New Zealand soldiers are farewelled as they head to war. Photo: SUPPLIED