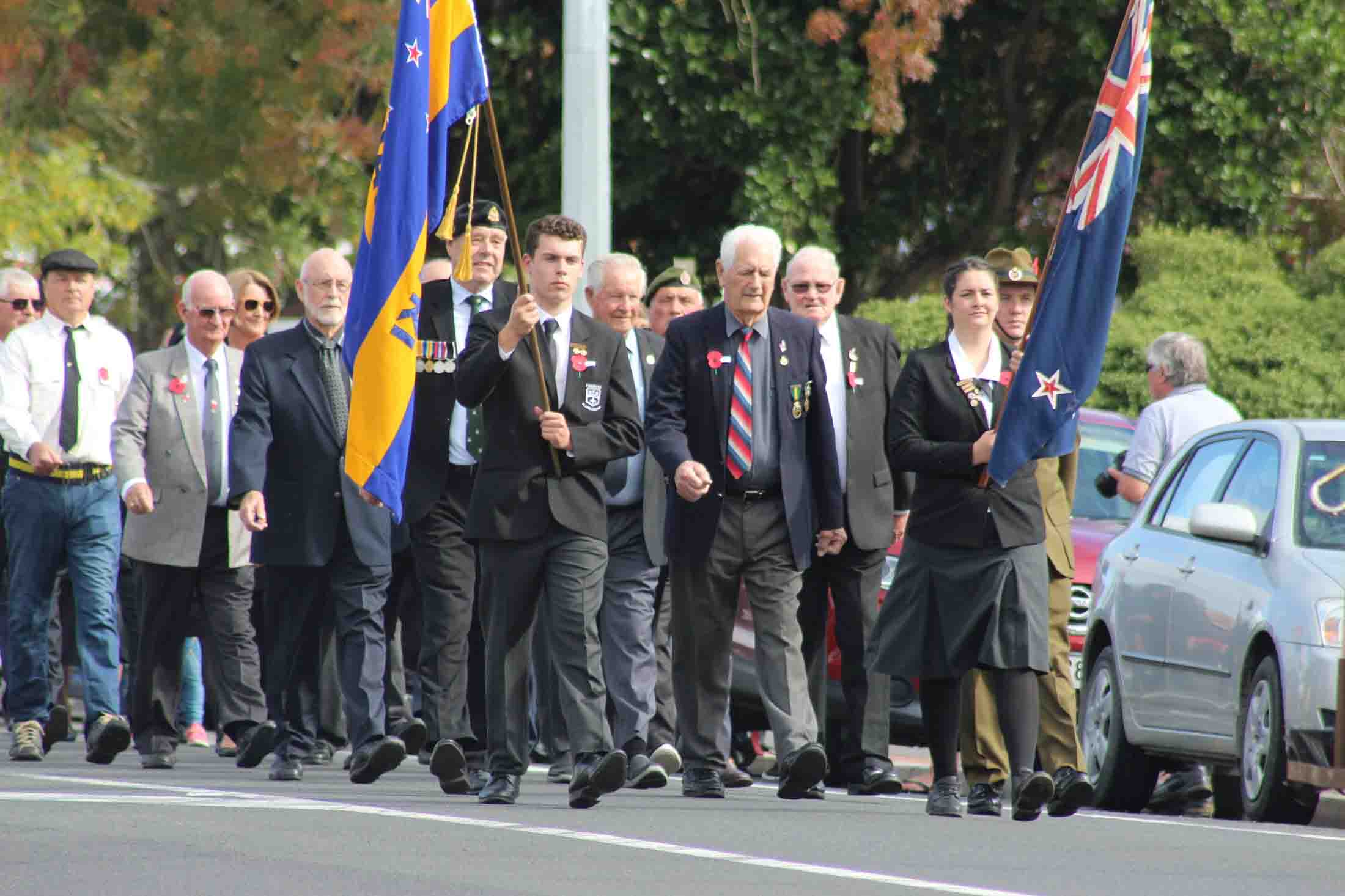 The RSA is eagerly anticipating larger than normal crowds for this year’s Anzac Day commemorations after last year’s events were cancelled across the country due to the Covid-19 pandemic.
April 25 will see a return to normality for those taking part in the day of remembrance for New Zealand and Australian men and women who served in war.
Thames and Districts Returned and Services Club president Bob Williams said he expected the turnout would be great this year, due to the cancellations of last year’s events.
Poppy Boxes could now also be found in selected shops around town, with the Poppy street collection taking place on Friday, April 16.
“All money raised from the boxes are used locally to assist ex-servicemen, and women,” he said.
In Thames, crowds are asked to assemble at Thames Workingmens Club, Pollen St, in time for the Dawn Service.
It will start at 5.45am, with a march down Pollen St, Walter St, then on to the Civic Centre. Breakfast will be available at the club after the service.
The Thames Civic Service will start at the Imperial Hotel intersection in Pollen St at 10am. The march will head down Pollen St, Walter St and on to the Civic Centre. The club will be available to all after the service.
Meanwhile, the Kerepēhi Bowling Club will be the starting point for the 5.45am dawn parade march to the Domain War Memorial Hall.
At 6am, there will be a service in both Te Reo Māori and English, followed by a viewing board of local World War II servicemen.
Following the march back to the bowling club, there will be a cooked breakfast supplied by Kerepēhi Marae for a gold coin koha.
One of Kerepēhi School’s senior pupils will be flag bearer for the parade, while the parade marshall will be Phil Barlow.
In Paeroa, the dawn service begins at 6am at the foot of the War Memorial Cenotaph on Primrose Hill, followed by a parade at 9am from Marshall St via Belmont and Normanby Roads to the War Memorial Hall, where the service starts at 9:15am.
In Ngatea, the Anzac parade begins at 11am from Pipiroa Road to Ngatea War Memorial Hall for a service at 11:15 am.