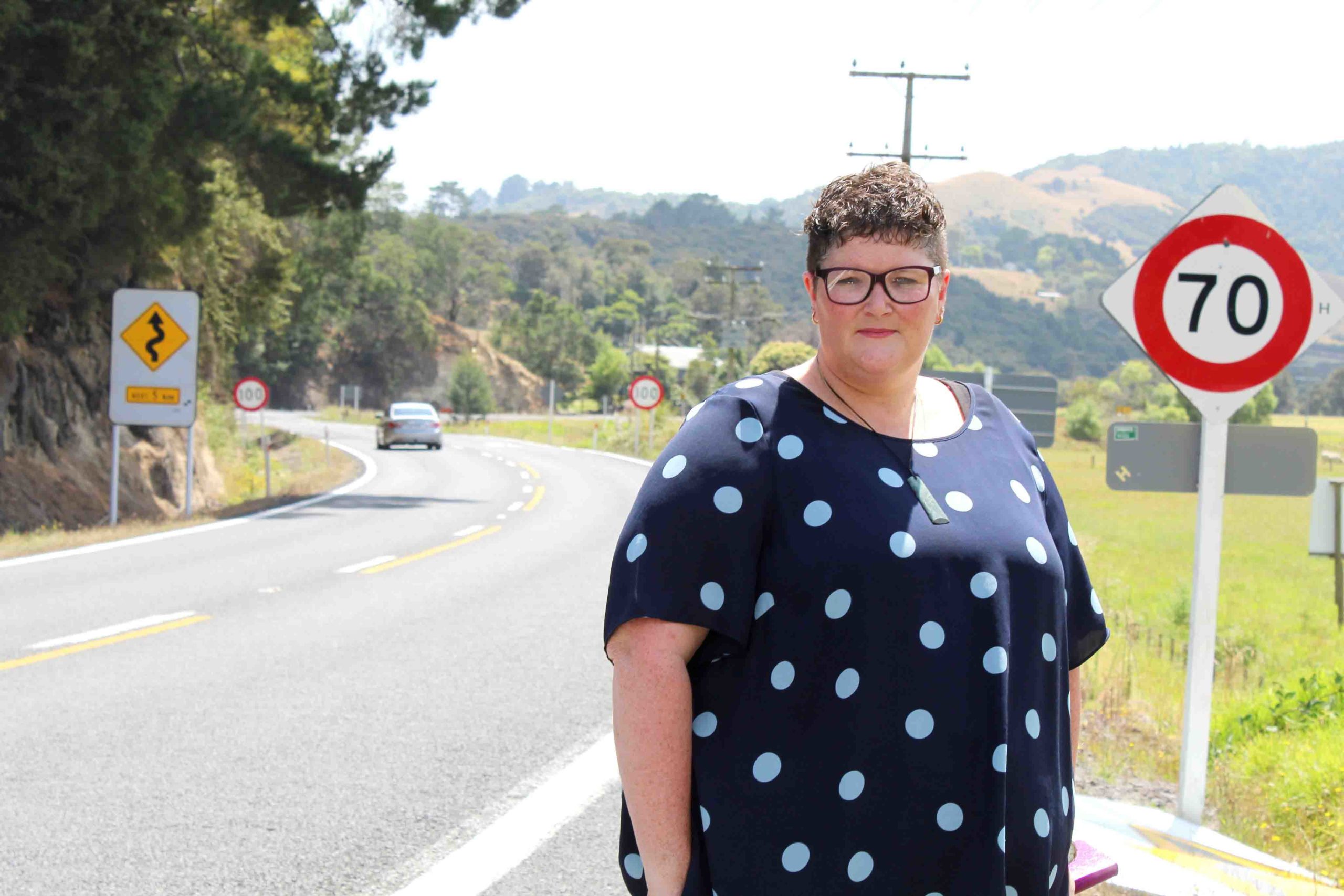 The blue car travelling in the opposite direction to Cherie Taylor and her family reached a great speed, smashed through a sign, and rammed into a bank, flipping on to its roof in an inlet of the Waihou River.
Witnesses leaped from their cars to assist the two passengers during what was a busy Sunday afternoon on the Kopu-Hikuai Rd.
The vehicle’s occupants – a man and a young boy – were pulled from the wreckage unharmed, but Ms Taylor, who lived on the notorious state highway, wondered what could have been.
“We had our little girl in the car. He [the driver] could have hit a power pole, he could’ve gone into a house, he could have hit us… it was one of the most horrific accidents we’ve seen here.
“It could have been so different.”
Ms Taylor has lived off State Highway 25a for 25 years, and was familiar with the number of casualties that occurred along its winding 28km stretch.
“Our part of the road has a really terrible s-bend, and that’s where there’s been numerous crashes, and it’s mostly people taking the corners too fast,” she said.
“I think it’s a mixture of inexperienced drivers, people in a hurry to get over the hill, and things like that.
“They just need to be respectful to themselves, to the road, and to others, that’s what it comes down to.”
On the day of the January 17 crash, Ms Taylor and her family had been up the Thames Coast and were turning left from Thames onto SH25a when it happened.
“I saw all of the debris flying, and other cars screaming to a stop. We pulled over and I leaped out and saw the car was upside down in the water.”
Ms Taylor’s husband Earl Tanner jumped into the creek and was quickly joined by two local men, who helped him pull the eldery man and young boy from the wreckage.
“I’d say he would’ve been about 12,” Ms Taylor said, “and he was crying, saying: ‘I thought I was going to die’.”
“We are assuming [the driver] had a medical event, because he was going full speed. He hit the sign, hit the bank and flipped over.”
The man told Ms Taylor he did not remember what happened leading up to the crash. He was from Auckland, and they were on their way back from Cooks Beach in the Coromandel.
“All the adrenaline… you just have these worst-case thoughts, and when they lifted them both out and they were fine… it was just amazing. It was such good team work.
“It was quick thinking from Earl and the other guys jumping in there and getting them out.”
Witnessing a crash was adrenaline-inducing, Thames Volunteer Fire Brigade chief Greg Rendall said, but people needed to uphold personal safety when helping out.
“If you are going to go into a scene like that, you have to be careful and be aware of the hazards around you,” he said, “but at the time, that’s quite hard”.
Mr Rendall has been a volunteer fireman for around 34 years and said the Kopu-Hikuai Rd had improved “immensely” with the addition of passing bays and barriers.
He said he wouldn’t criticise the state highway, but people not driving to the conditions, as well as their speed, played a part in the crashes that occurred on it.
He has seen people’s lives change “in a split second” due to poor judgement.
“You come across the Hauraki Plains and it’s flat, you can do 100km/h across there, and then all of a sudden you hit the Kopu-Hikuai and it’s windy and steep and there’s more corners.
“The geographical layout changes quite dramatically,” he said.

KEEPING SAFE ON THE KOPU-HIKUAI
Look at the weather. When you’re on that road, you need to consider the weather. If you drive to the conditions, the time difference from getting one side to the other is very, very minimal. There are also parts where there is congestion, and when people get frustrated and make a poor decision, the consequences are horrendous. – Thames Fire Chief Greg Rendall

PHOTO: Kopu-Hikuai Rd resident Cherie Taylor: “It was one of the most horrific accidents we’ve seen here”. Photo: KELLEY TANTAU

Fifth generation to take the helm at Read Bros