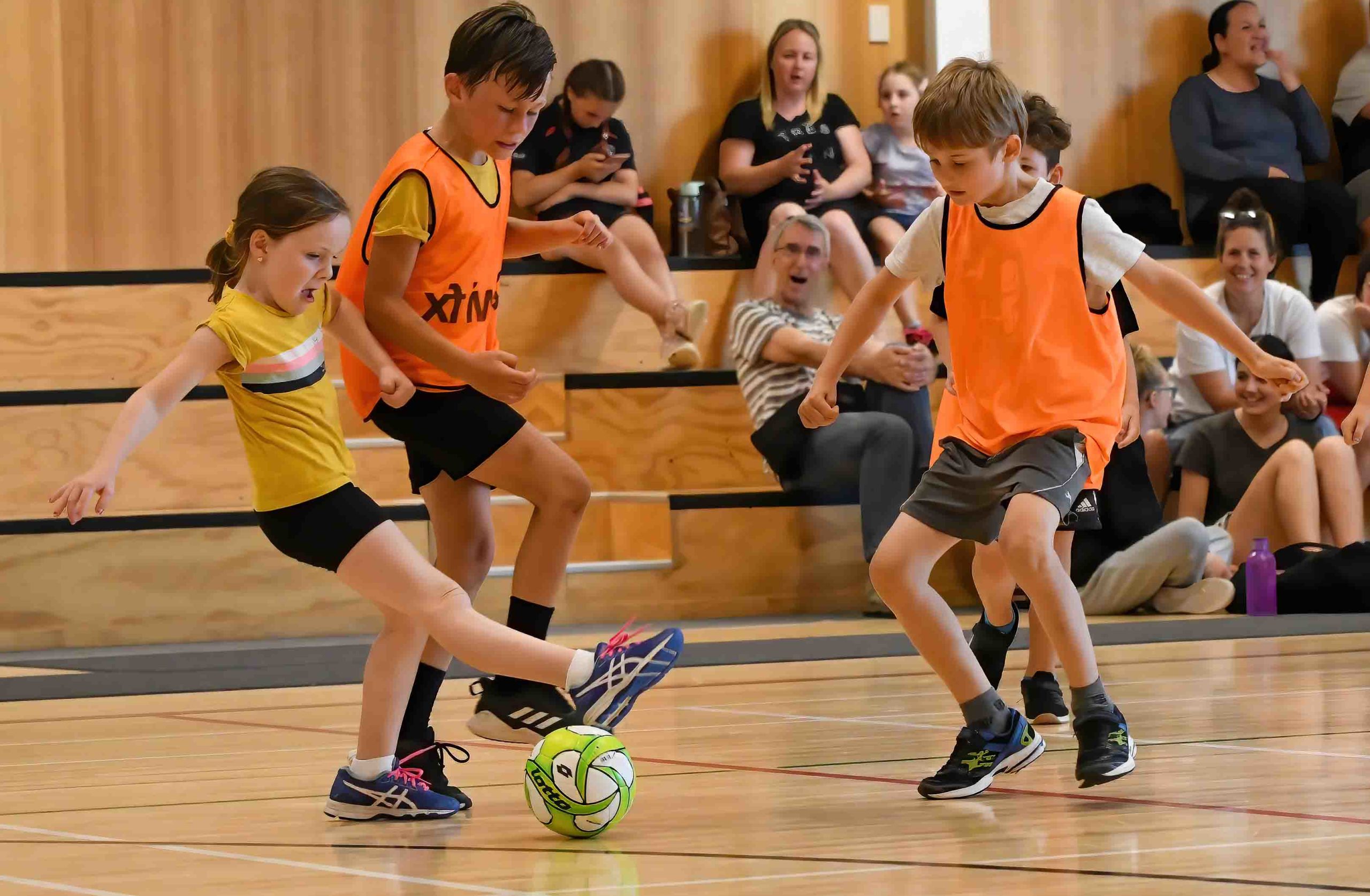 Credit - One Of A Kind Photography

December 11 marked the final night of matches for a new junior futsal league, but sights are already set on making 2021 an even bigger year for the sport.

Futsal is a ball sport played between two teams of five players each, mainly indoors on a hard court.

Unlike football, it uses a smaller, harder, low-bounce ball and participants don’t need to be skilled in football to play it, organiser Mark Brown says.

Brown started up the league this year after discovering there weren’t many options for summer sports in the district.

“The biggest thing we found when we moved here was that there was nothing for my boys to do in Term Four, so I set it up so for the kids to do during summer to keep them active,” he said.

Prior to moving to Thames, Mark’s sons played the sport in Hamilton, where he had also coached a high school team.

He said futsal was still a relatively new sport in New Zealand, so the number of players in this year’s league was impressive.

“We were blown away by the numbers we had. There were around 100 kids registered aged between Year 3-8.”

Registrations are open for the 2021 futsal season which will kick off in Term One. Those interested can contact Mark on 021 359 285 or at: mark@kovier.co.nz

PHOTO: Millie Collier takes on the big boys with a brilliant steal. Photo by Mark Brown/One of a Kind Photography