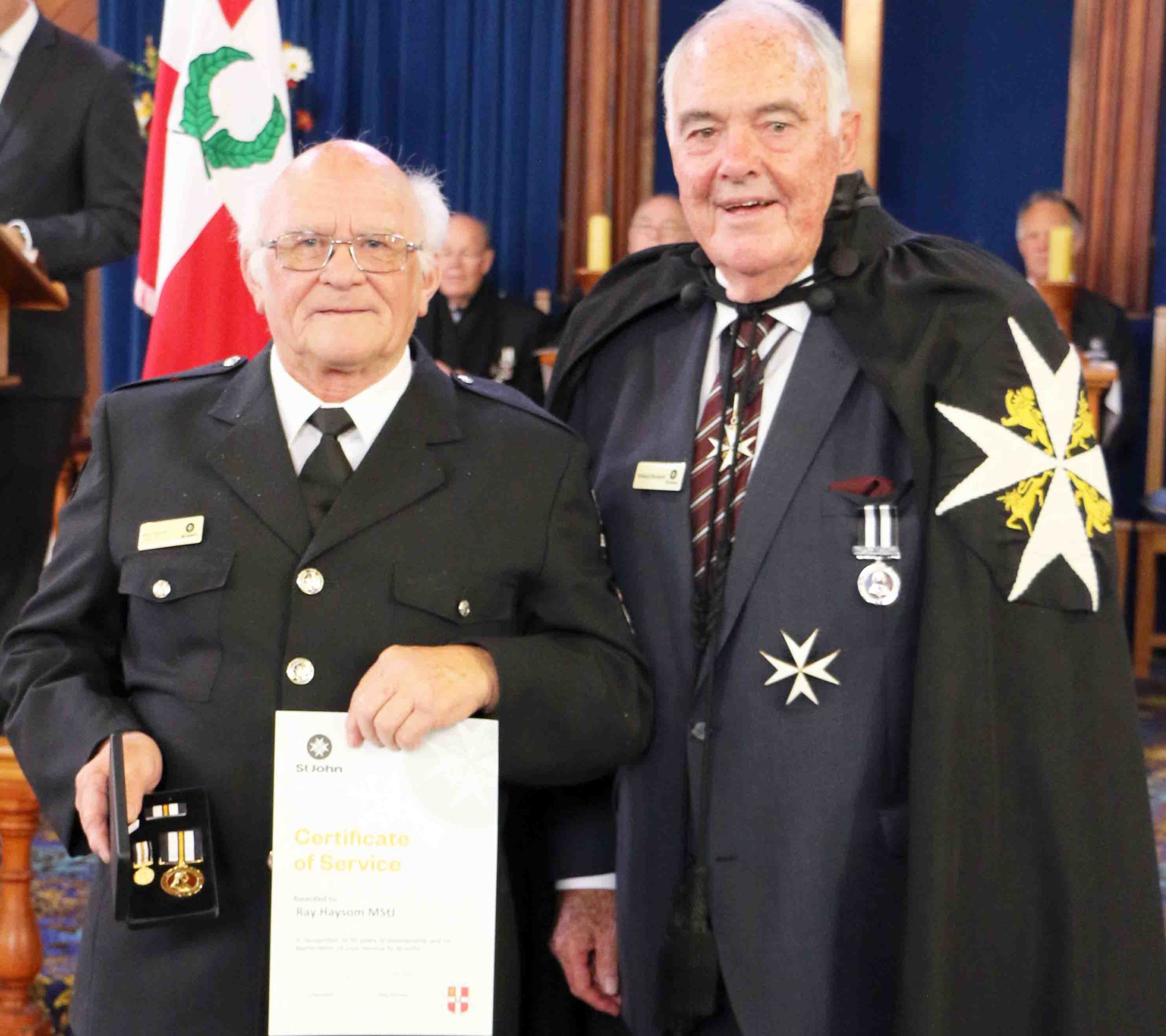 Throughout his time with St John, Ray Haysom answered more than 1000 calls, won trophies, and delivered babies – and he loved every minute of it.

The Paeroa man was recognised last month with an Ultra-Long Service Medal for his 59 years of service with St John.

He started at the organisation in the winter of 1961.

“I was a boy scout, but I wanted a new direction, so a friend and I went along to the Hamilton ambulance, and I joined and eventually became a cadet superintendent,” he said.

He recalled walking the streets in Tokoroa “with a turkey and a gallon of whiskey” to raise money for the cadets to go to Australia for their Golden Jubilee in 1972.

Mr Haysom also competed in competitions, and in 1980s Dunedin, won a best pairs trophy as well as the Priory Cup alongside his teammates.

He spent 25 years at the front and back of ambulances as a volunteer ambulance officer, and answered 1175 calls and delivered three babies.

“You didn’t know what you were going out to, and I loved it,” he said.

“I only retired because I felt as though I was getting too old for the job.”

After retiring from the frontline, Mr Haysom, now 72, became a Friend of the Emergency Department at Thames Hospital.

Every fortnight for four years, he would arrive for a Saturday shift in the Accident and Emergency department, providing patients with reassurance.

He now serves as a shop assistant at the St John Paeroa Opportunity Shop, and still works in the disability sector. For his exceptional service to St John, he was admitted to the Order in 2003.

He said helping people was just who he was.

“St John has really shaped me,” he said.

Mr Haysom was one of many Hauraki-Coromandel St John members honoured for their long service in a ceremony on December 12 at St James Thames Union Parish Church.

Mr Mahoney initially joined St John as a member of the Papatoetoe Cadet Ambulance division in 1966 before moving to operations as an ambulance officer in Thames.

He has served with the Thames Area Committee, as the Thames Ambulance Team Leader and as the Whangamata Operations Team Manager.

For his exceptional service to St John, Mr Mahoney was admitted to the Order in 1994 and promoted to Officer in 2001.