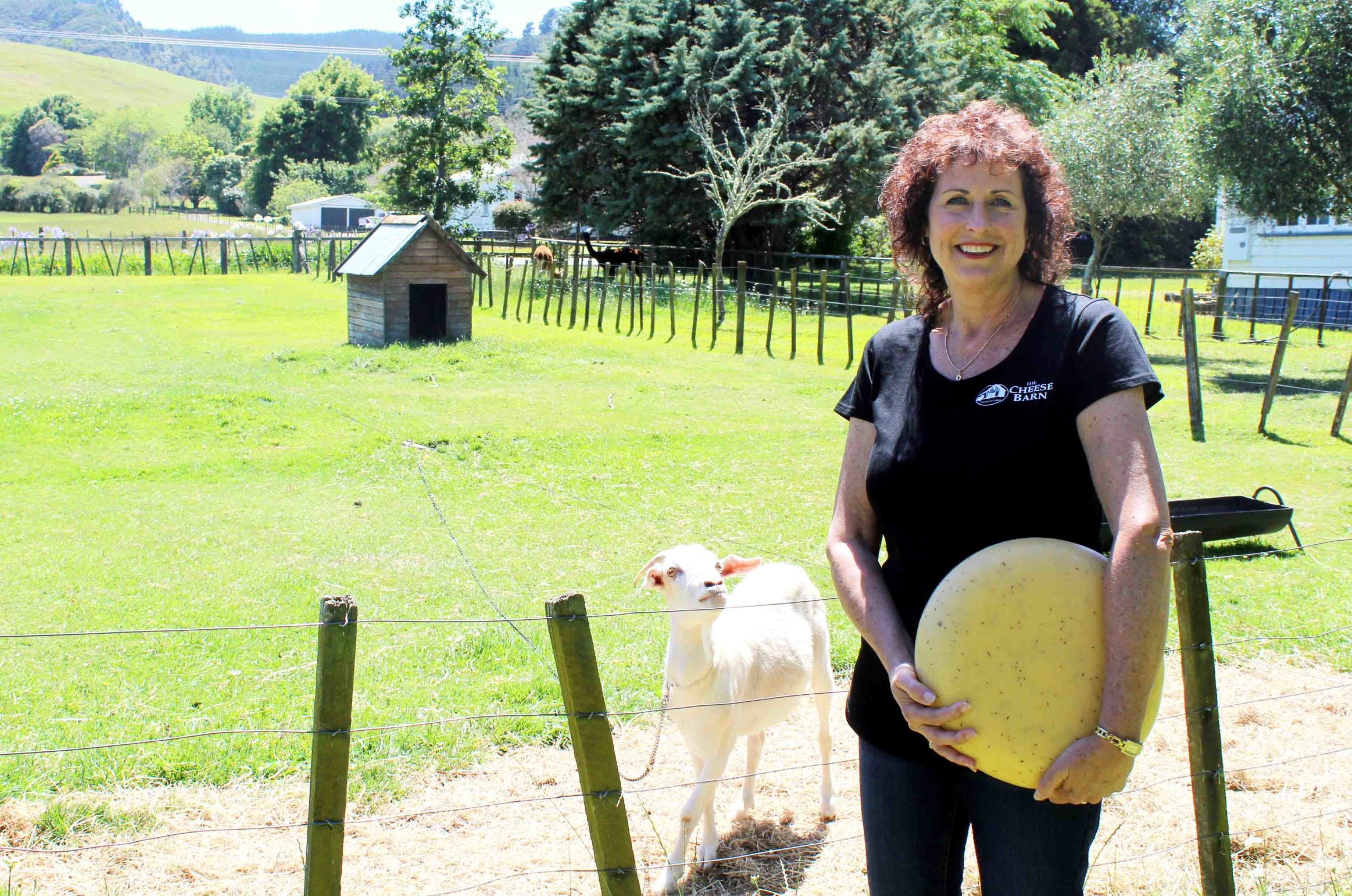 Visitors to Matatoki could be forgiven for thinking the wooden cottage along Wainui Road was anything more than a quaint homestead.

With a rural outlook and sunny aspect, the cheese barn looks antithetical compared with other factories of its kind.

But the barn produces award-winning cheese, and at this year’s Auckland Food Show, garnered proposals from five different businesses.

“That was something Kelvin decided quite some time ago, to be organic, and that’s a point of difference between us and a lot of other cheese companies,” she says.

The Cheese Barn was established by Cathy’s husband Kelvin Haigh in 1994, and for about seven years, Kelvin had a herd of 100 cows and used their milk to make the cheese.

In recent years, however, the factory’s main milk supply comes from the Organic Milk Hub, with the main supplier being Raymond Ridings, who runs an organic certified farm at Kerepehi that has been in the family since 1972.

The cows there are not fed grains which meant that all of the Cheese Barn’s products are suitable for people on a Paleo diet.

The barn also receives requests for their quark (a cheese similar to ricotta), which people on the Budwig diet combine with flaxseed oil.

The barn’s quark was an item of interest at the November food show, with one of the company’s business proposals coming from a butchery potentially wanting to buy it.

“We’re already in all the key organic stores, so to get different people approaching us was great.

“For such a little place, it was nice to hear that people had been here before or had tasted our cheese already.”

The cheese is all made on site at the barn in Matatoki, and in addition to the adjoining cafe, there is also an “animal farm” – another pride and joy of the business.

There are two goats, Pippin and Tilly, as well as four alpacas, rabbits, guinea pigs, chickens, birds, and Cookie the sheep.

“I love the animals,” Cathy says. “I think when I first came here there was only one goat, and I’ve slowly been increasing the numbers.”

The rural backdrop and organic mindset has done wonders for the barn, and in 2018, their cumin seed gouda won the Champion of Champions Award at the New Zealand Cheese Awards.

This year, they brought home three bronze and one silver medal from the same awards.