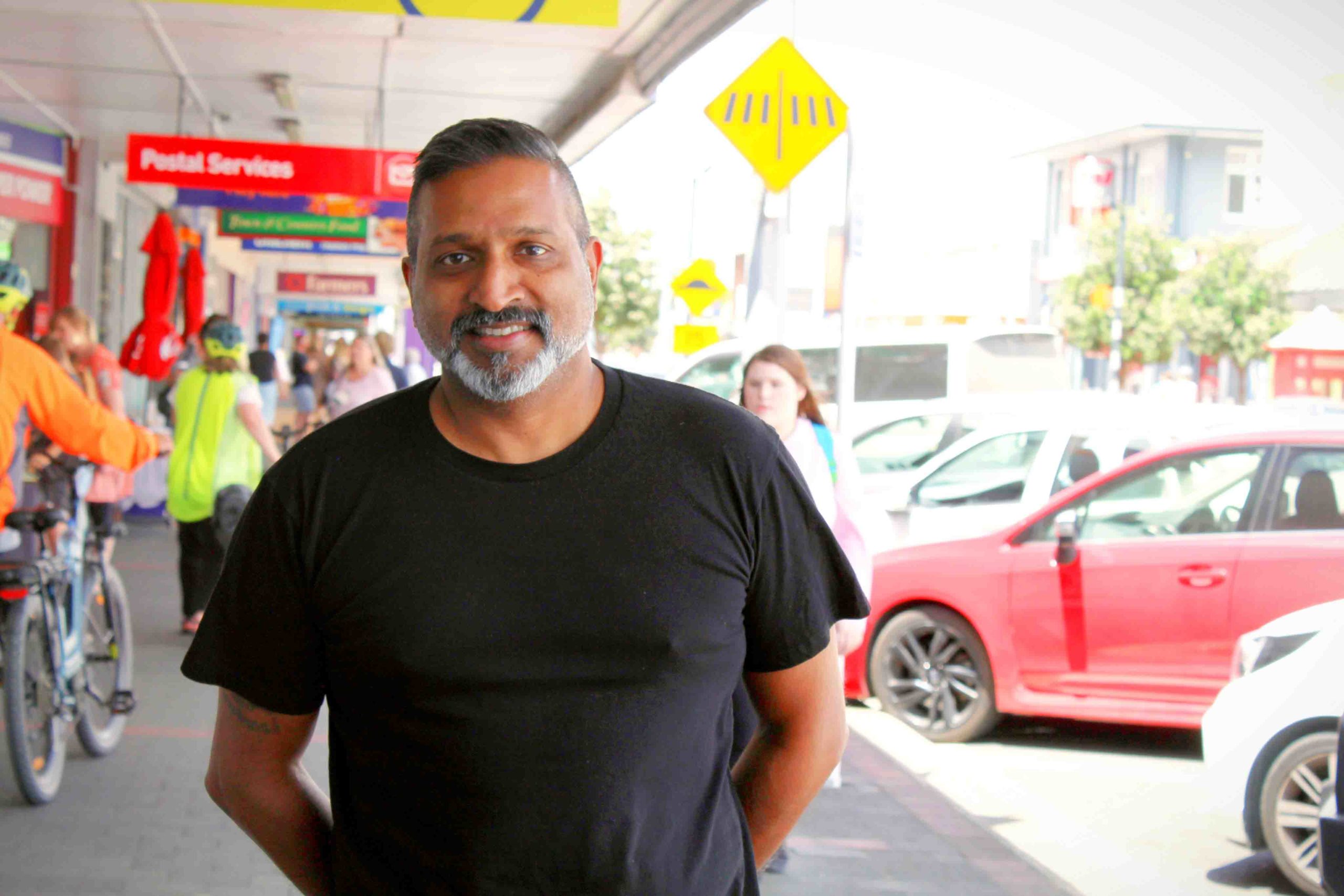 Local kai and tasty new recipes will be on the menu when restaurateur and Eat Well For Less co-host Ganesh Raj will headline a first-time foodie festival in Thames in March.

The recipient of Metro Magazine’s Restaurant Personality of the Year will host a series of master classes at the first Thames Food and Buskers Festival, as well as a meet and greet during the event.

The festival will be Ganesh’s first in Thames, and during a site visit to the town, he sat down with The Profile to talk about his introduction to the area, his passion for cooking, and his hopes to one day start a food education charity to help “the whole country”.

Ganesh, who has wrapped up filming a second season of Eat Well For Less alongside chef Michael Van de Elzen, was invited to the festival by event organiser Thames Business Association chief executive Sue Lewis O’Halloran.

“I’m attracted to Thames because I’m spending most of my time helping people that have the smallest voices, and when I think of city hierarchy, Auckland and Wellington are always the loudest, but the provinces and towns don’t get as much love,” Ganesh said.

“So, the moment I saw where it was from, I thought: let’s do something cool in Thames.”

The festival will be held on Friday, March 5 and Saturday, March 6, and will feature gourmet food stalls, live music and entertainment.

On the Friday evening, Ganesh will showcase iconic local kai in a ‘Tasty Thames Flounder’ session, where participants will learn two new recipes specially created for the festival.

The Saturday evening session – ’An evening with Ganesh Raj’ – has participants offered beverages to accompany the meal and they can also enjoy a meet and greet with the cook.

“I’m originally Singaporian, and that means I grew up in an environment where the food was 95-98 per cent street food, and the cuisine had no ethnic root because everyone had taken from everyone else,” he said.

“I left when I was 20 but my food brain through those formative years was in Singapore. So now I have no rules about anything,” he said.

Ganesh’s popular restaurant The Tasting Shed in Auckland’s Kumeu is on the market for sale, and the restaurateur and family man said the time was right to let it go.

“We hosted maybe 25 charities over the 10 years, but the sphere of influence was very small and I couldn’t help as many people,” he said.

“The show (Eat Well For Less) has given me a large audience-slash-opportunity to help more people, and as the years go by, I intend to form a food education charity that takes care of the whole country.”

Ganesh said food education was where he was going to spend all of his efforts, and when it came to the Thames festival, he wanted to do something “that added value to the community as well”.

Event organiser and chief executive officer of the Thames Business Association, Sue Lewis-O’Halloran, said the first-ever Thames Food and Buskers Festival was “a wonderful opportunity to get together as a community, as well as bring people from near and far”.

“We will celebrate food and entertainment, with a focus on local produce, and provide an opportunity to meet one of New Zealand’s most well-known cooks.”

And when asked just what it was he’d be cooking this summer, Ganesh said he was going to try and be “super adventurous with seafood”.

The Thames Food and Buskers Festival is free to attend, apart from Ganesh Raj Master Classes which will be ticketed. Tickets for these classes go on sale in February 2021.

PHOTO: Restaurateur and Eat Well For Less co-host Ganesh Raj spoke to The Profile about his first food festival in Thames, and his love for cooking affordable meals.

Paeroa & Plains Show set to kick off at Kerepēhi Domain