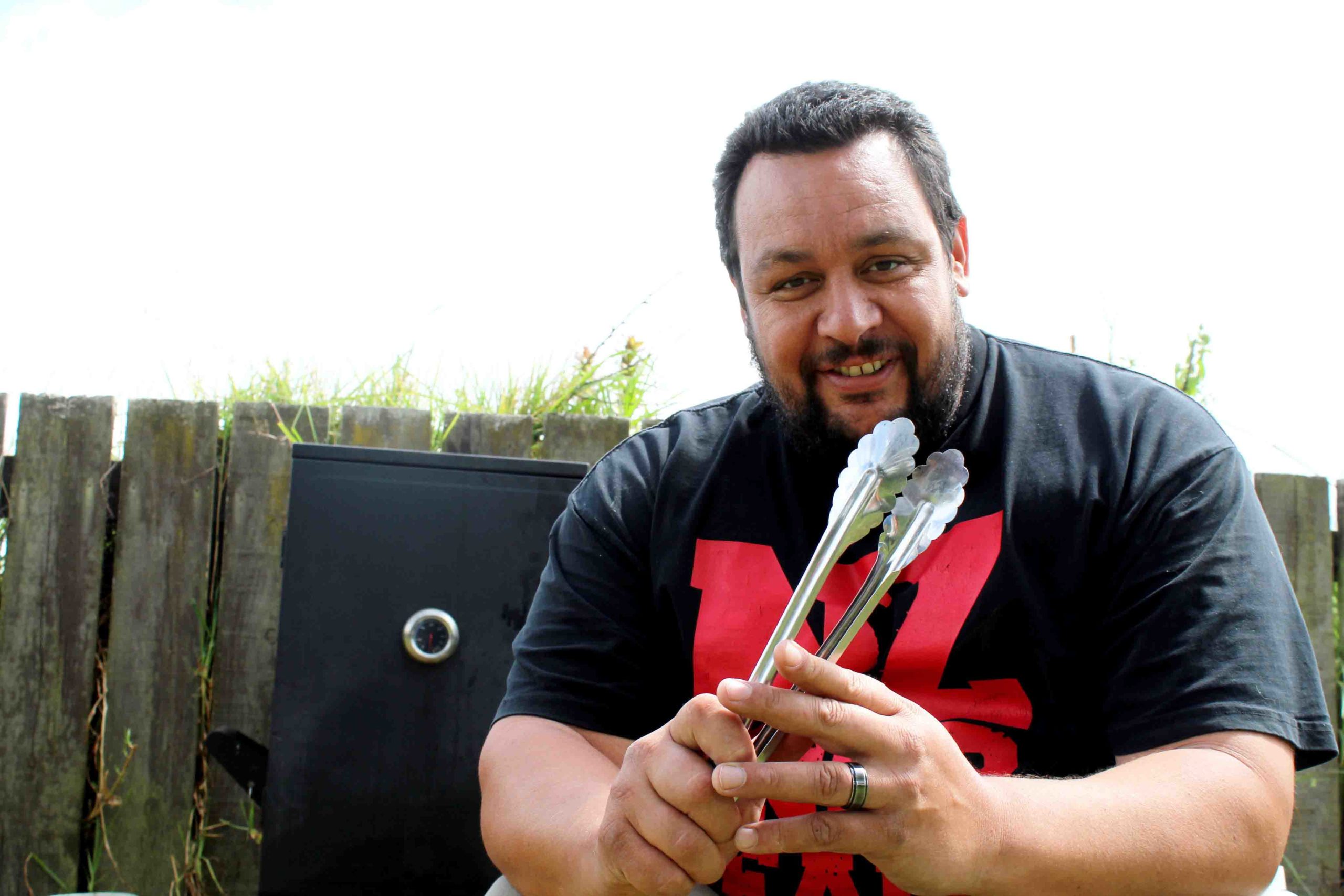 What started with a social media quest for carrot cake has turned into an event for food-lovers that promises to be “smoking hot”.

Back in November, Ngatea man Adam Matete put the call out for the best carrot cake maker on his community’s Facebook noticeboard.

“I felt like carrot cake one day, and because I’m a bloody cheeky fulla, I kicked off the competition and six people entered.

“Then people started asking: what’s next?”

The self-confessed foodie was at a cricket game with family and friends when the idea for a smoked meat and barbecue competition came to the table.

“I just wrote up a spiel on the noticeboard and it started kicking off. Local shops called me to say they wanted to be a part of it, too.”

So the Ngatea Up In Smoke event was born, and will be held this Saturday at the Hugh Hayward Domain.

It will feature competitors barbecuing and smoking meat for judging near the Ngatea Rugby and Sports Club.

The event will be free to attend, but members of the public who want to have their say on who the best “barbecutioner” is, can pay $5 to taste test and cast their vote.

The day will come with a little heat, too, Mr Matete told The Profile.

“My mate grows chillies, all of the disgustingly hot ones, so we’ll have ten entrants and we’ll start with jalapenos, and move through from the softest to the hottest,” he said.

“The winner will be the last one standing.”

The pay-off will be put back into the foodie community, too, with all funds raised from the Up In Smoke event going to the Ngatea Community Garden for new water tanks.

Mr Matete, a former Aucklander, moved to the Hauraki Plains five years ago and fell in love with its community spirit.

“We moved to Maramarua first, but we started to look for another area to live in, and so we came here for the garage sale day and that sold me.

“Creamed pāua and fried bread… a whole street for a garage sale. I was sold,” he said.

He’s since shared his appreciation for food on social media, with the “cheeky” competitions, and now with the town’s first Up In Smoke event, which Mr Matete hoped would become an annual occasion.

“I’ve had a couple of bites from the NZ Barbecue Alliance, people from Cambridge, Kerepehi, West Auckland, South Auckland – they just want to have a go.

“People who have never entered before see this as a platform to have a go, and that’s really cool.”

There will even be an entrant with a tandoor oven, Mr Matete said.

The event starts at noon and will also feature prizes, a bouncy castle and games for children, live music, and a licensed bar at the rugby clubrooms.

PHOTO: Self-confessed foodie Adam Matete is taking his quest to find Ngatea’s best chefs to the next level, with a bbq meat and fish event this Saturday.