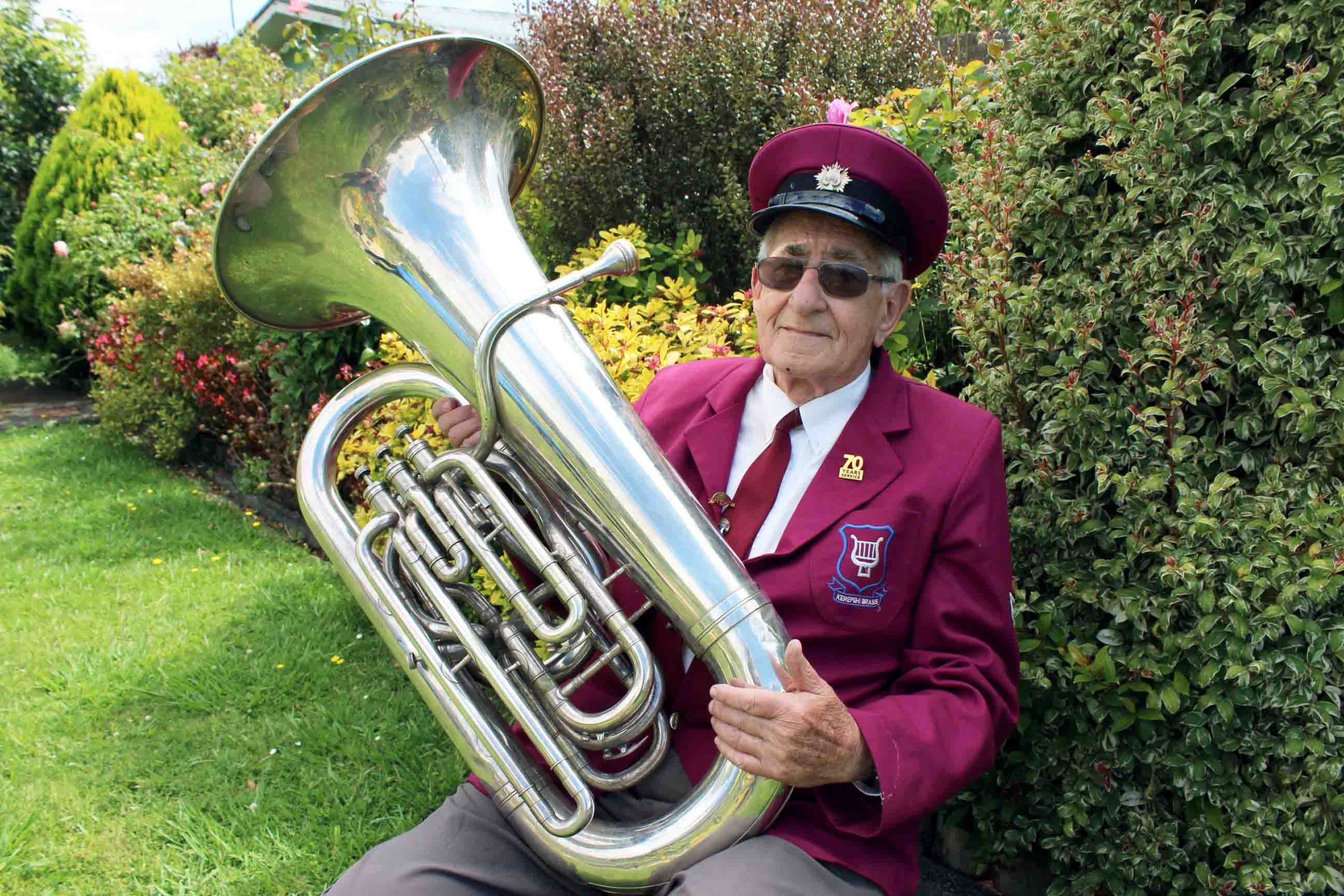 Rowan Garrett needs to pause a moment when asked about being awarded the Queen’s Service Medal in the 2021 New Year Honours.

“It’s a bit emotional,” he told The Profile.

Mr Garrett has been awarded the QSM for services to brass bands after being part of the Kerepehi Brass Band for 75 years. He joined in 1946 as a 10-year-old after being invited by his piano teacher and band founder, Mr Vivian.

“Mr Vivian said ‘we’re starting a band, would you like to come along’ so I came along,” he said.

“It was to keep the kids off the streets – that was the primary reason, to give them something to do.”

Mr Garrett started with the cornet before taking up the bass then had a short stint on the drum, followed by the euphonium before going back to the bass, which he still plays today.

He’s served as the band master and chairman of the band, as well as president, vice president, committee member and coach over the years. He’s also been the band’s librarian for many years, maintaining their catalogue of music, as well as undertaking maintenance on the band hall on a voluntary basis.

Mr Garrett has also played for a variety of different brass bands across the Waikato and Bay of Plenty regions to fill in when additional players have been required. For his many decades of service, he was awarded the Hauraki District Citizens Award in 2004, was made a life member of the Kerepehi Brass Band in 1979 and is also a life member of the Waikato-Bay of Plenty Brass Band Association, where he served on the executive committee.

Now in his 80s, he’s still an active member of the iconic Kerepehi Brass Band, and he’s rarely missed a beat.

Each week, he carries his 9kg bass instrument through his back gate to the Kerepehi Brass Band Hall that backs on to his Kerepēhi home so he can attend band practice.

He also takes part in regular band “play outs” throughout the region, most recently at Christmas parades and carol services in Paeroa, Thames, Whitianga and Te Kauwhata, to name a few.

“It’s fitting in everything quite often that’s hard.”

He’s a valuable member of the popular band.

“I’m still playing bass at 84 and I’ve still got in my opinion good or better breath control than some of the younger ones,” he said.

“When I was playing in the carols, I was still playing 2-bar and 4-bar breathing.”

Last year’s Anzac Day service was only the second one he’d missed since 1946 after commemorations were cancelled due to Covid-19 restrictions.

However, his wife Vivienne was happy to have him home that day.

“It’s Viv’s birthday on Anzac Day and this year because of the Covid is the first time we’ve had her birthday at home all day,” Mr Garrett said.

“We’ve had it together before when I was sick but we weren’t home … I missed one Anzac Day because of hospitalisation.”

The band has been a big part of the couple’s family life, with all six of their children being part of the band at one stage.

Room in the family station wagon was a premium in those days.

“When the kids were young, I had to stay home because there was no room for me and the instruments,” Mrs Garrett said.

Mr Garrett enjoyed being part of the band.

“There’s 27 in the band now and we’re expecting to have some more join in February. For a country band, we’re not doing too bad.”

Over the years, he’s played with the band as far afield as Auckland and Napier for concerts and events.

“We’ve been around. One of the highlights would have been winning the hymn at the Waikato-Bay of Plenty [contest] when we hosted it,” he said.

Brass bands were popular because they were “universal”, he said.

“I just think it’s the sound of the brass that makes people sit up,” he said.

“When you play a march and you hear them start to clap after three or four bars, you’ve got them.”

PHOTO: Kerepēhi’s Rowan Garrett has been awarded the Queen’s Service Medal in the 2021 New Year Honours for his service to brass bands.