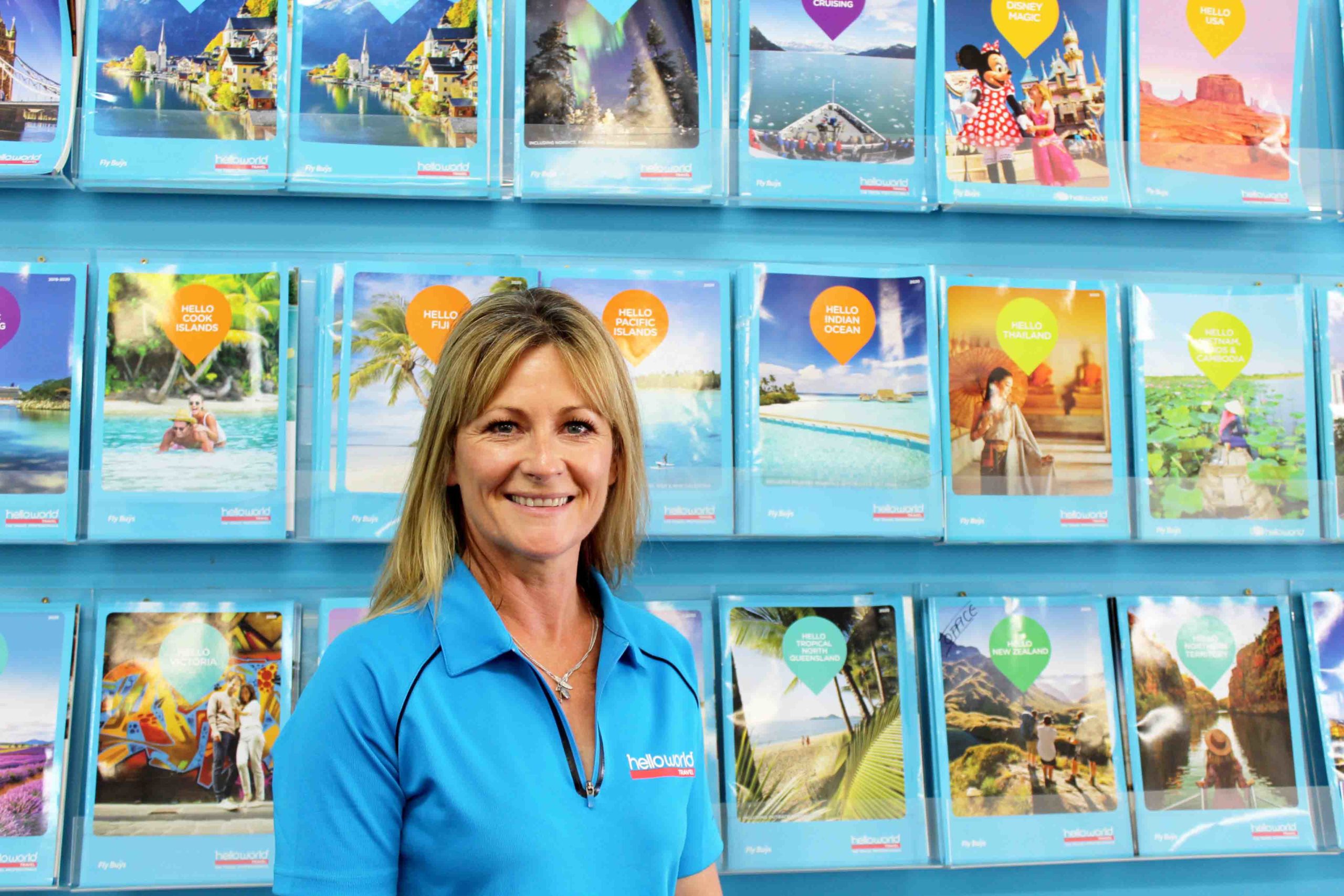 In the span of one year, the world of travel has become a minefield of unmatched proportions.

“Nothing has shut the world down quite like this,” Jo Robinson told The Profile.

Jo is the co-owner of helloworld Travel in Thames, and said the once-thriving business has had little to no income since the Covid-19 lockdown in March, and the industry was instead hanging by a thread.

The United States 9/11 terrorist attack, the global financial crisis, and illnesses such as SARS and bird flu didn’t make the world stop moving quite like coronavirus has, she says.

“It hit us first when the Asian cruises were cancelled in January-February. At that stage, we’d never thought it was going to go past that.

“Then it shut down part of Europe – and at each step along the way, it became the new norm,” she said.

“Now our new norm is going to be when the vaccine is here and we can hopefully start travelling safely and constantly again without the fear of lockdowns.”

Before that happens though, the industry is relying on customers to book domestic holidays through travel agents, something most people are unaware agencies do, Jo says.

“We can book anything from a romantic one night away glamping in the Coromandel, to a fully escorted luxury tour of New Zealand, and everything in between.”

Jo said talking to a travel agent, rather than booking a holiday online, can help ensure clients don’t make “expensive mistakes”. They can also provide customers with added confidence.

She said interest was growing in Stewart Island Expeditions, Chatham Islands adventures, and Rail Journeys. Walking or cycling tours, as well as kayak or houseboat river trips are also proving to be popular.

“It’s nice to have the odd domestic booking, and some people come in with something little just to support us, because they know every bit helps,” she said.

Jo has been involved with the award-winning Pollen St business for 16 years, and this year she has had to cut back on staff, as well as the store’s opening hours.

She was forced to say goodbye to two staff permanently, while three others went down to reduced hours, purely due to the impact of Covid-19, she said.

On top of that, Jo is still fighting to get some clients back home to New Zealand.

“When you’re dealing with people’s dreams and finances, and it’s all out of your control, it’s really hard,” she said.

But in the Thames office, there is a quote on the wall by Hans Christian Andersen: ‘To travel is to live’, and Jo remains optimistic about the future of her industry.

Until normality resumes, she is hopeful people will turn to their travel agent to book domestic trips.

“My husband has been saying the whole way through: just remember, you’re going to look back on this one day, and knowing you’ve survived this means you can survive anything.”

PHOTO: Helloworld’s Jo Robinson remains optimistic about the future of her industry, and until normality resumes, is hopeful people turn to their travel agent to book domestic trips.

The life and times of Santa

The sweet taste of summer