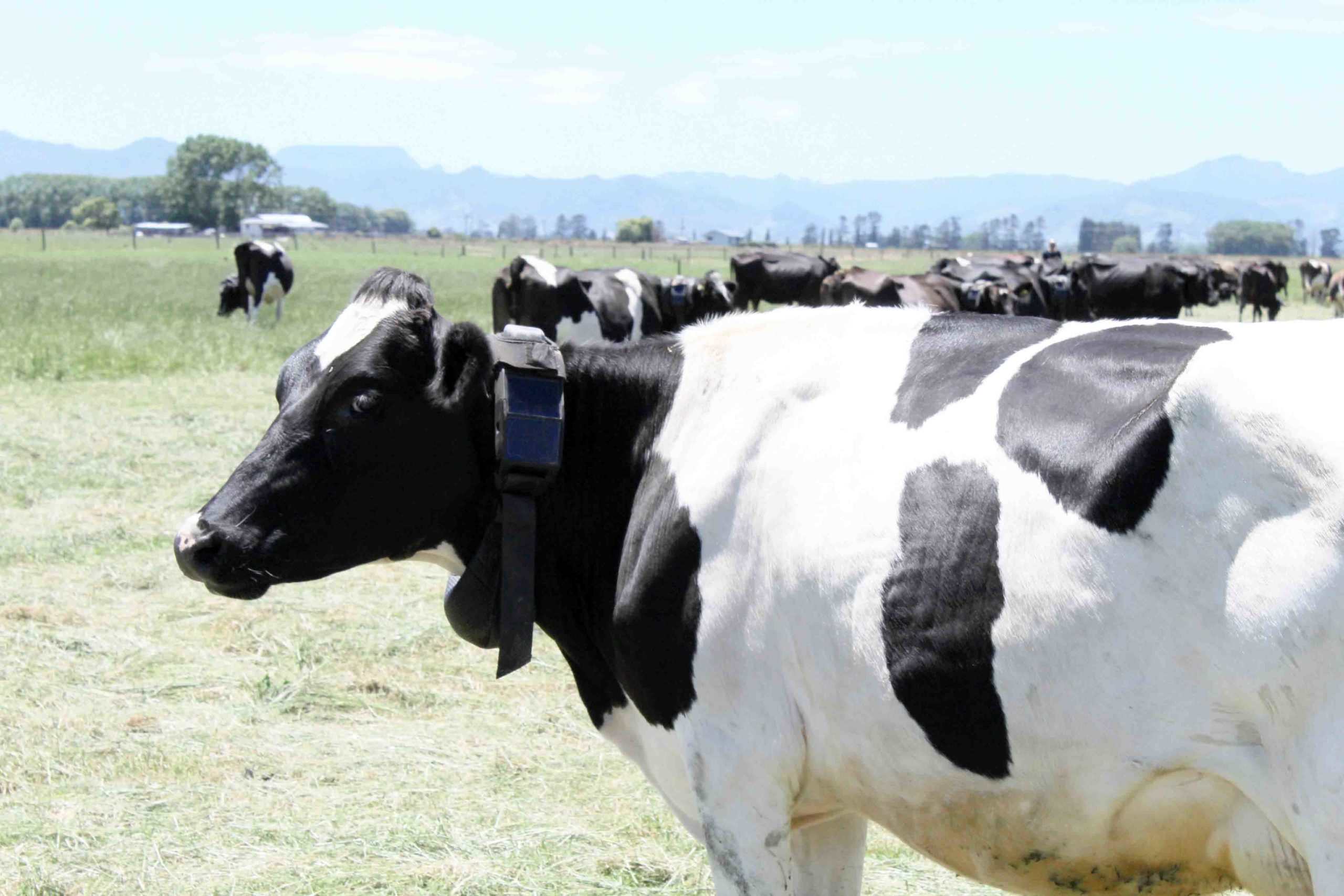 The technology has been dubbed ‘Cowgorithim’ and the results are proving popular among the herd.

For the cattle it means being individually monitored; they have more time to get to the milking shed; and they are provided with a bit more freedom.

The farmers are benefiting, as well.

Halter, a Kiwi start-up company launched by Craig Piggot, has been testing out solar-powered, GPS-enabled collars for cows at a farm on the Hauraki Plains.

The collars remove the need for fences, motorbikes, and dogs, and allow farmers to manage and shift their cows remotely.

Luke O’Neil has been trialling the software on his 200-cow, 94-hectare Ngatea farm since June.

“I’m impressed with what [Halter] has been able to achieve, but what impresses me even more is what they can still achieve in the next year or so,” he said.

The collars collect data from each cow, individually monitoring their health and wellbeing. Notifications are then sent to the farmer, allowing them to receive proactive alerts regarding the welfare of the herd.

The alerts are potentially “a massive dollar saving,” Luke said.

“I got a message at 8pm about a down cow, and I had her up within half an hour.

“If I hadn’t got the message, I wouldn’t have seen her until 8 o’clock in the morning, and by then she would have been down for 12 hours.”

Luke’s cows are also free to graze in an area of paddock not bordered by fences.

To keep them within the boundary, the herd has been trained on sound and vibration cues delivered via the collar.

It’s a system that would amaze even the most dubious of farmers, he said, and would have got the tick of approval from his late grandfather, the forward-thinking KP O’Neil, the original O’Neil Farm farmer.

Halter also showcases the intelligence of cows – a trait Luke has been aware of for a while.

“I think it’s something a lot of farmers know,” he said. “People who work with them every day understand that they are more than just grass-eating, milk-producing animals.

“But certainly watching them learn and adapt to the technology, does demonstrate how intelligent they are.”

Halter was founded in 2016, with more farms integrating the technology across Thames Valley and the greater Waikato early next year.

PHOTO: To keep cows within a virtual boundary, the herd has been trained on sound and vibration cues delivered via the solar-powered collar.

Community at the heart of every Milestone Home