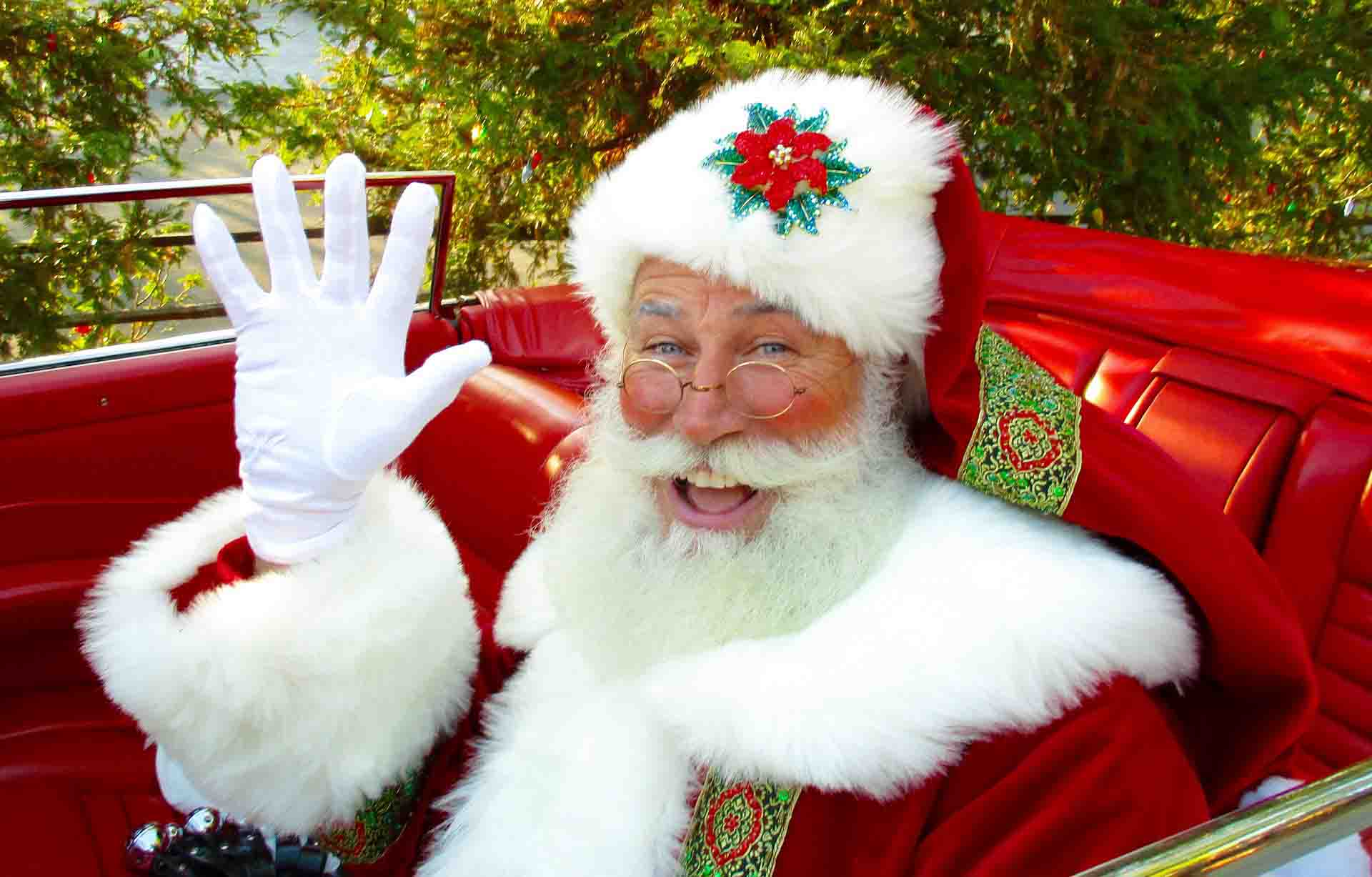 Santa Claus is coming to town over the next few weeks, as Santa parades, events and celebrations spread Christmas cheer throughout the region.

Christmas celebrations kick off in Paeroa on Friday, December 4, with a Santa parade in the main street at 6pm followed by prizegiving and entertainment, food, stalls and selfies with Santa  in the Paeroa Domain.

“It’s really important to us that the Santa parade is something that absolutely every person who lives in our community and beyond can come and enjoy and it literally doesn’t have to cost you a cent,” she said.

The theme of this year’s Santa parade is “show a little kindness”, which was a reflection of the year

“That’s just a reflection of the year we’ve had [with Covid-19]. It’s been super hard for everybody and now that we are back living our normal lives, it’s really important that we continue being kind.”

Santa’s next stop will be the Thames Santa Parade, which kicks off in Pollen St at 6pm after the annual Santa Dash at 5:30pm.

“It’s going to be a unique way of bringing Santa, it’s not your typical float,” she said.

“We hope that it’ll be the best ever.”

The parade will be complemented by a new night market for the town, which will be held at the Thames Civic Centre square in Mary St from 4pm to 8pm.

“People can do a little Christmas shopping before the Santa parade then they can do it after and maybe have a snack.”

The aim of the market, which will also be held on December 18, was to provide locals and people coming into Thames to do some night shopping and get their Christmas gifts in one place, she said.

Unfortunately, there will be no Santa parade in Ngatea this year, however, there will be a Community Connect Carboot Christmas barbeque on December 5 at the Hugh Hayward domain. The event is the Hauraki Plains Community Hub’s first event aimed at introducing the new group to the community.

The Hauraki Plains Community Hub is a new community, recreation and sport-focused organisation that aims to create sustainable, vibrant, social-oriented community services, club sport and recreation for residents and visitors.

The barbecue is a chance for people to serve up their best steak or sausages, or their sought-after potato salad, and reconnect after 12-months of challenges,” hub chair Bill Cooksley said.

“It’s an opportunity to reconnect and kick-off summer. Certainly, it’s about the community coming together.”

At the carboot barbecue, people are invited to bring their own drink, food, and barbecue to cook on. There will also be activities such as hockey, bowls, and cycling.

“We wanted to do something prior to Christmas, because the hub has been close to 12 months in the making,” Cooksley said.

December 5: Ngatea Carboot Christmas barbeque at the Hugh Hayward domain from 3pm until 7pm. Sport prizes, fun activities, bring your own barbecue, food and drink. Held by the Hauraki Plains Community Hub to introduce the new group to the community.

December 5: Waihi Christmas Parade and market in Seddon St. Pre-parade market starts at 9:30am, followed by the Christmas parade at 1pm.

December 9: Paeroa Christmas Toy Appeal, donate gifts, wrapping paper and tape by December 9 to make Christmas special for those who otherwise miss out. Donations can be placed under the Christmas tree at the Paeroa Info Hub in the old post office building, main street, Paeroa.

December 10: Paeroa Christmas lights competition. Email enquiries@paeroa.org.nz or text 027 634 0762 to register your street address by December 10 and be in to win one of three prizes. Judging takes place December 20, winner announced December 21.

December 11: Paeroa Twilight Markets, 4:30pm to 7:30pm at the old Paeroa Racecourse on the second and fourth Friday of the month. Food, arts and crafts, fresh produce.