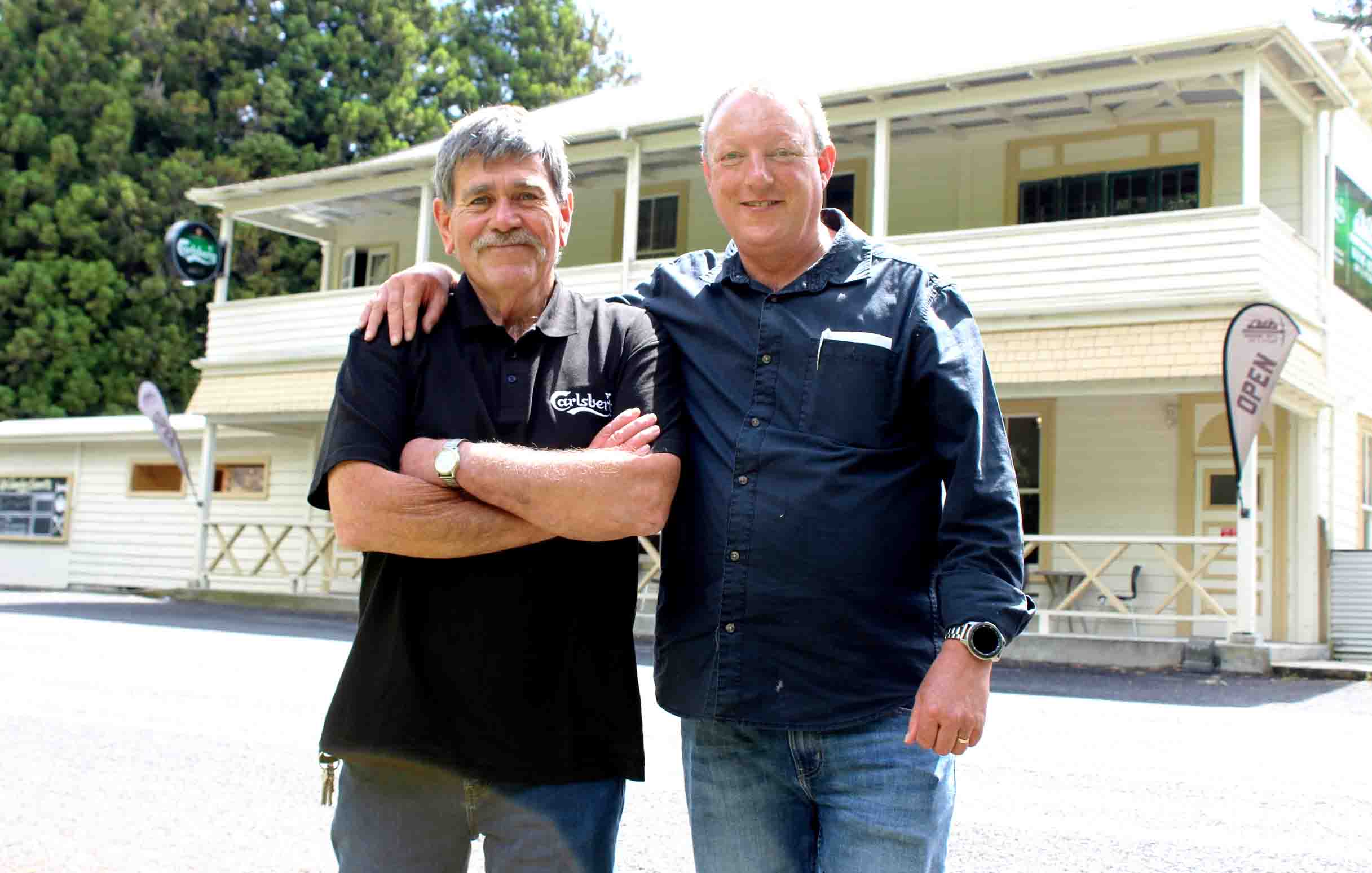 The Waikino Hotel will be a destination not only for good food and functions, but as a place to sip on distinctively local drops, new management has said.

The hotel, which sits pride of place inside Hauraki’s Karangahake Gorge, is under new management, led by Wayne Chowles.

He and business partner Trevor Antonievich have a vision for the hotel nestled along State Highway 2: turn it into a destination location.

“We want to make this a place that people come to, instead of just stopping at when they drive past,” Wayne said.

The hotel has a vast history. The current building is the third to sit at the site.

The first, The New Owharoa Hotel – also known as the Montgomery Hotel – opened in Waikino on June 2, 1897. A fire destroyed the building in 1906.

Four months later, the Waitekauri Hotel moved to Waikino, before the Ohinemuri Council voted ‘dry’ in 1920. Unable to sell liquor, the hotel was eventually demolished.

The building that now remains was originally the Mackaytown Hotel. Moved to Waikino in April 1926, the hotel was cut in two and towed on rollers by bullock team through the gorge.

This year, Wayne and Trevor launched Kaimai Brewing and Distilling Co, and the hotel now houses a four-inch flute still, which will be used to make a variety of beverages.

The pair’s first drink, a dry gin called Eliza’s Claim, is inspired by a 1902 surveyors map of the mining claims in the Karangahake/Waikino area. Eliza was one of the first pioneering female miners in the area, Wayne said.

The history of Waikino Hotel spans back to 1897, and its location opposite the Victoria Battery proves the perfect place for Wayne to hone in on his passion of distilling.

He was once a gold miner himself, working on mines in his home country of South Africa, before moving to New Zealand in 2011.

“It started out as a hobby that just grew and consumed me. I had fruit trees and didn’t know what to do with them; I didn’t like jam,” he said.

“The first thing I made was whiskey, but very bad whiskey.”

Wayne has since experimented with brandys and rums and settled on gin because “gin is fun”.

“When you’re making a whiskey or a brandy you’re kind of limited, whereas with gin, the only thing that limits you is your imagination,” he said.

The gin Eliza’s Claim is described as a “zesty, citrus-forward” nip with manuka honey and rosemary tones.

It will be available to drink at the hotel, or to purchase a bottle and take home, as the premises has both an on and off-licence.

There is also an opportunity for local brewers to showcase their own beers at the bar.

The pair, who first met through Paeroa Rotary, have plans for another “distinctively local drop” to come out of the new distillery – and punters won’t have to wait long to take a swig.