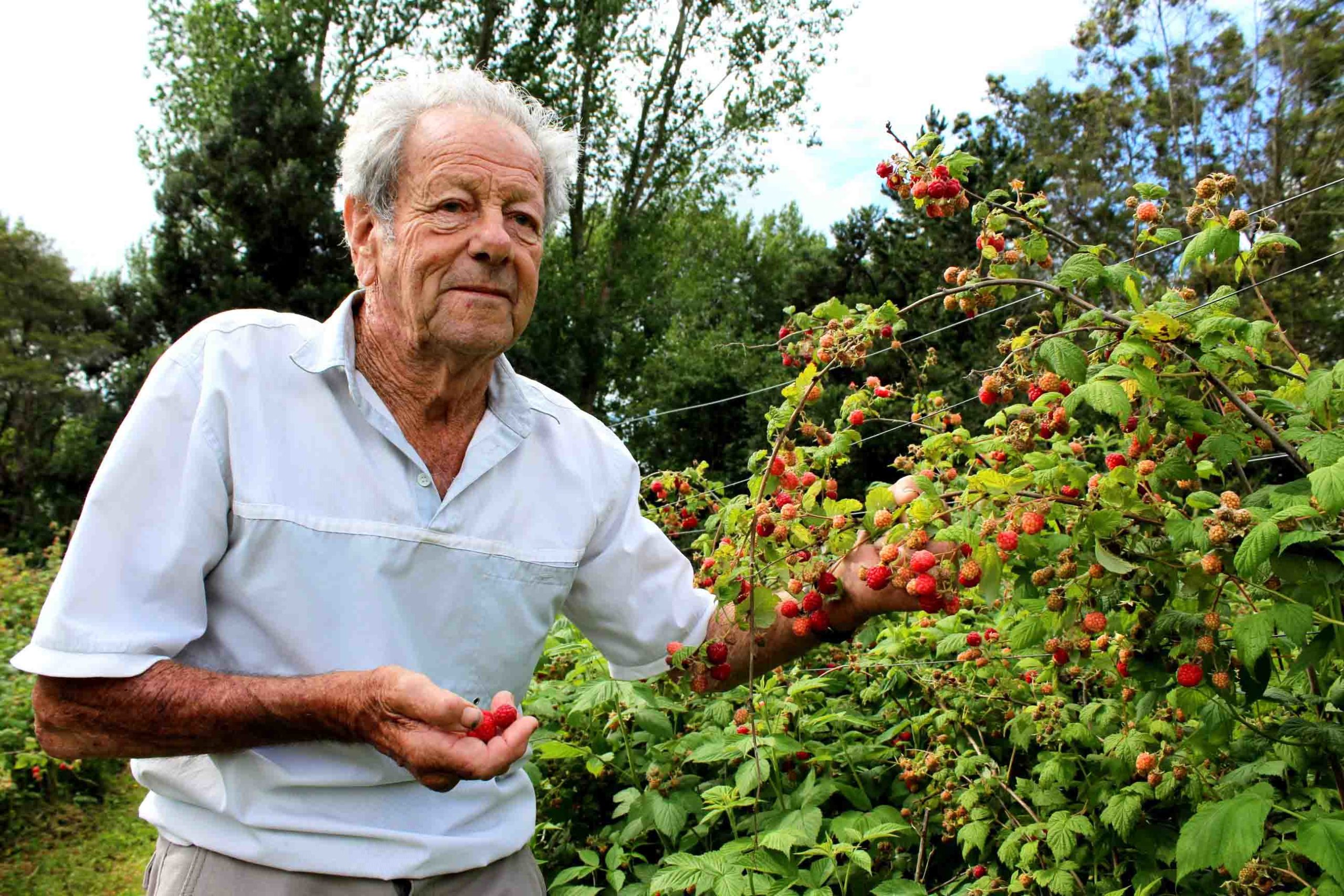 It begins and ends with a raspberry.

Terry Hawkeswood puts a simple sign out on the roadside letting passersby know that his berry farm is open for business.

Within five weeks or so, the bushes have been stripped bare by new and familiar faces, savouring the summer nostalgia and sneaking a taste of the produce, too.

Word of the Puriri farm travels quickly, and for 40 years, Hawkeswood has watched as visitors fill ice cream containers and punnets with vibrant summer raspberries.

“In the earlier days, all the old dears used to look in last year’s diary to see what they did that week, and they saw they were picking berries,” Hawkeswood said.

“We’ve had people here from around the world: Swiss, Germans, English, Australians, the odd American and quite a few Europeans.”

Kiwis have also converged on the small town farm from as far south as Taupo and north of Auckland.

It’s popular because it is therapeutic, Hawkeswood said.

“They come along and go into their picking mode and forget about everything else.”

Hawkeswood once worked on a hop farm Motueka, picking apples and tobacco. He also had his hand in truck driving and engineering, and worked at the old Thames abattoir.

The raspberry farm has reduced in size to half an acre, but when Hawkeswood started Terry’s Berries in 1980, his boysenberries alone spanned two acres.

“I bought part of the neighbour’s property and extended the boysenberries, but they ended up getting a virus in them and they had to go.

“I had started a few raspberries at that point and the raspberries and blackberries became the main subject,” he recalled.

Hawkeswood once had up to a dozen pickers collecting berries from the vines, and would drive to Te Awamutu with close to a tonne for export.

But he had always intended to let people come in and pick their own.

“There’s not been too many downers,” he said.

“My previous dog took off barking one day and I hopped out and saw a couple of boys getting over the gate. I went out and said: ‘Look you guys, come and see me if you want to pick berries’.

“I doubt that many else snuck in. Most have been pretty honest,” he said.

The farm is now open to the public, with the crop expected to be gone by Christmas. However, new raspberry plants are already beginning to grow and, with any luck, they will bear fruit by Autumn.

There are also three rows of blackberries, and Hawkeswood will open his doors to the public to pick those come mid-February.

But like all good things, Hawkeswood, 82, expects Terry’s Berries will one day come to an end.

“My hands are giving up nowadays, and I don’t handle the work as easily as I used to, so I will have to retire from it,” he said.

“But I’ve come to know a lot of people and hear different stories about where they’ve been. I’ve had three generations come through, at least that I know about. There could be more by now.”

Hawkeswood can weave through his rows like an owl honing in on movement, and is quickly able to spot a bunch of ripe berries.

He collects a few in his palm and when asked, doesn’t hesitate to take a bite.

Still, after all these years, he hasn’t tired of the taste.

PHOTO: Terry Hawkeswood has let people in to pick raspberries at his Puriri farm for 40 years.