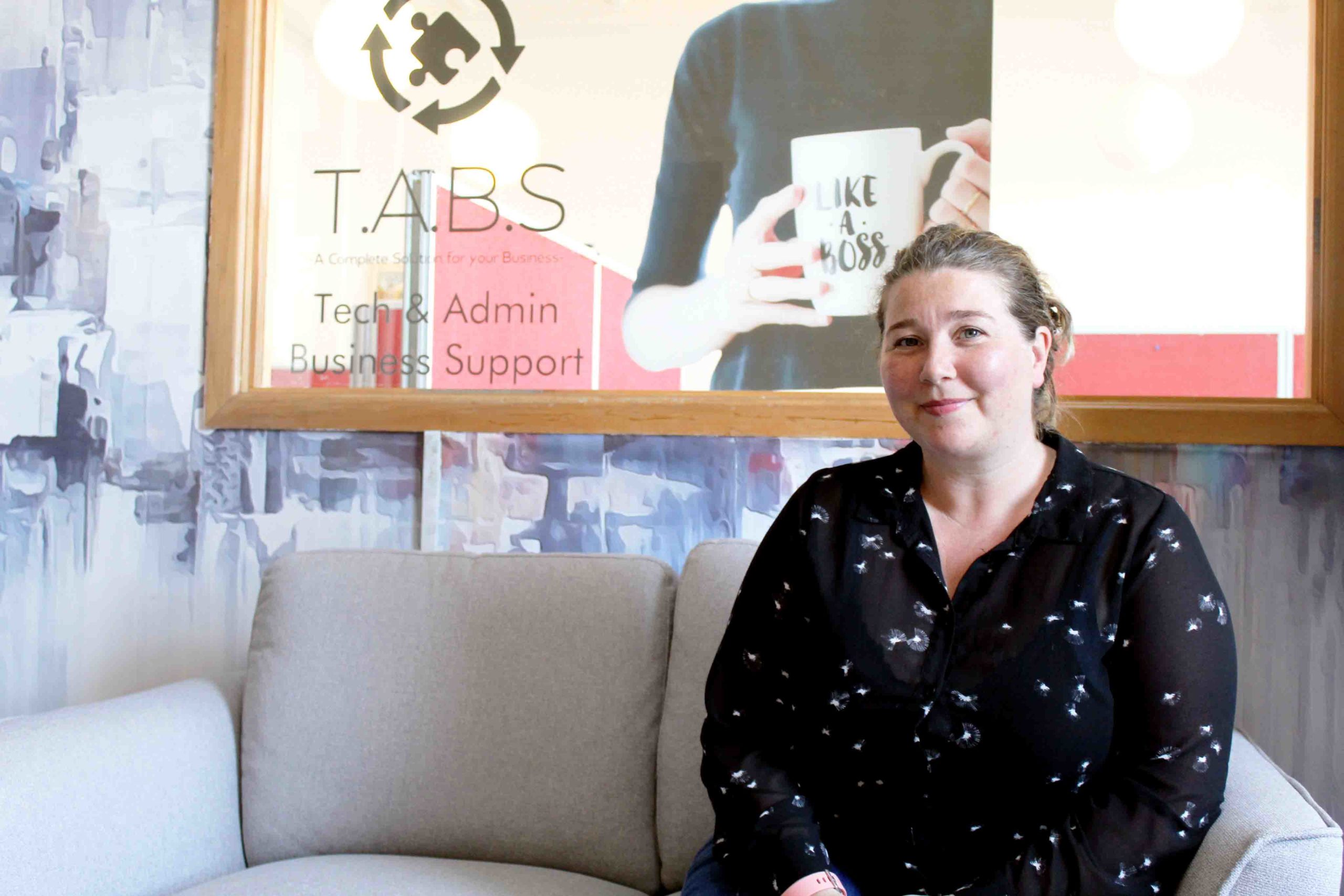 Growing her IT business during lockdown led Tabitha Growden into a large office space, and the potential was there to make the most of it.

TABS, the apt name for Tabitha’s tech and admin support business, opened an office above the former Thames post office in July, and the space was perfect to utilise “hot desking” – where people could rent a desk for a few hours, a day, or a week.

Shared office spaces have become a common trend in main city centres, and since opening the office in Pollen St, Tabitha said many people have made use of it.

“A lot of local small businesses have used the hot desk space, which is wonderful. We are finding a market for it,” she said.

“Cafe’s are great because you can get a coffee, but sometimes people just need an hour or two of blocked-out space where they can just work.”

A visitor to Thames from Wellington who came to visit their parents booked a hot desk, as do locals needing to connect to the internet to finish a task.

“As far as TABS goes on its own, it’s primarily IT and admin and the hot desks utilise the space, because it would seem a shame to waste it.”

Originally from South Auckland, Tabitha moved to Thames 23 years ago and has vast experience in administration.

Her company offers support in marketing and social media, installation of software, business analysis, accounts reconciliation, and invoicing, among others.

“Personally, I like tech, and a lot of people in IT don’t know the other side and go straight into hard technical jargon.

“Oftentimes, tech speak is not in layman’s terms, and I aim to bridge that gap,” she said.

Tabitha obtained her diploma in IT Technical Support from Wintec in Hamilton, and said the demographic of her classes ranged in age from people straight out of high school, to people in their 40s.

“It was predominantly men,” she said. “There were only about two other girls in some of my modules.”

While running her business, she also tutors at Wintec’s Thames campus three days a week, for three hours each day.

“It’s pretty much what I do here – Word and Excel – and all are free courses.

“The age group ranges from girls in their 20s who have left school with no computer skills at all, to a woman who came in who did her whole family history on Word and has turned it into a book.”

Tabitha disinfects the desks every day and complies with Covid-19 health regulations, she said. Tea and coffee is also available.

PHOTO: Tabitha Growden moved to Thames 23 years ago and has grown her IT and admin business to incorporate “hot desking”.

Santa Claus is on his way