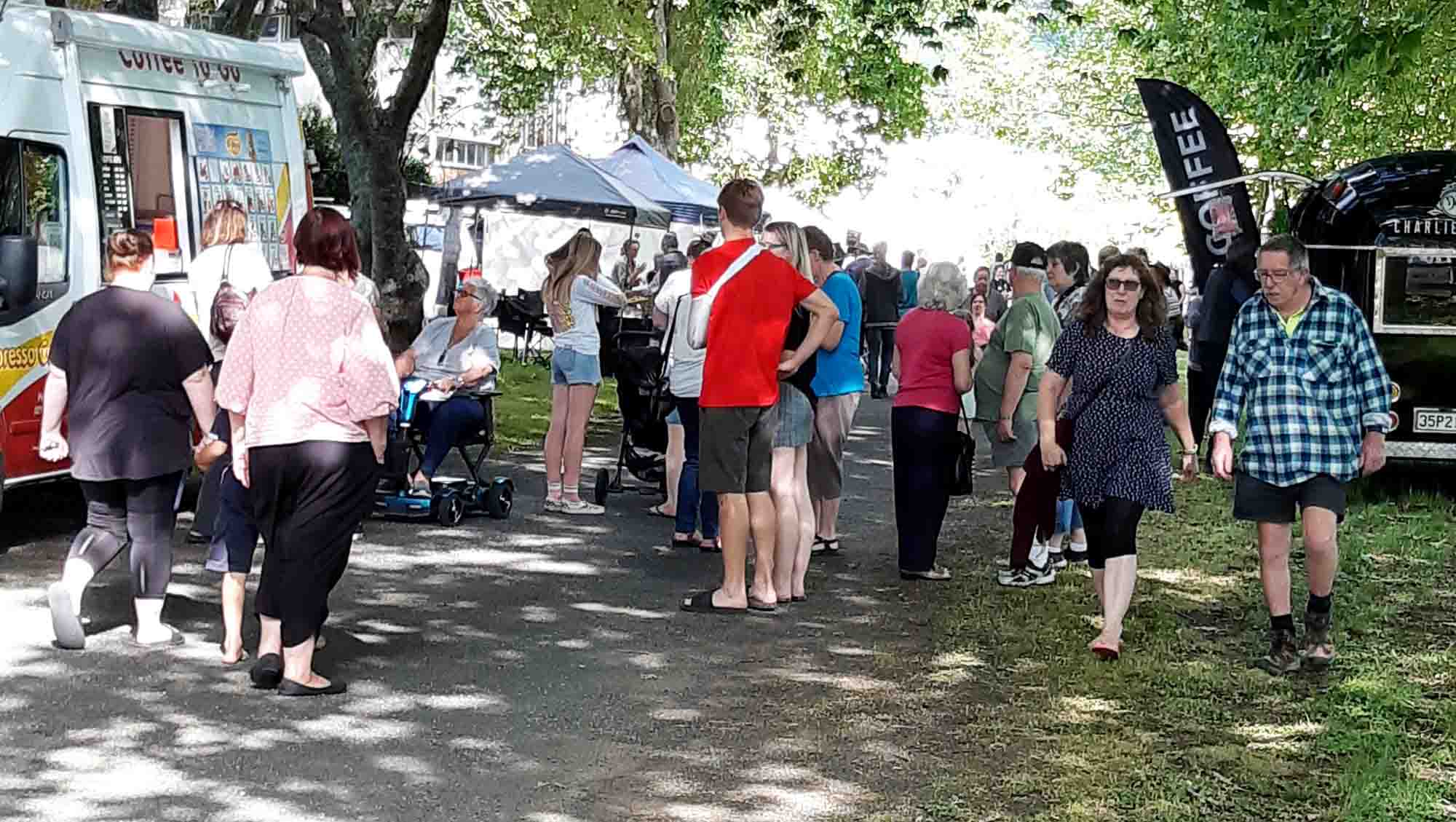 An estimated 1000 people came through the Paeroa Racecourse gates on November 13 to check out the first Paeroa Twilight Market.

The new market, run by Positive Paeroa, will run twice a month from November until the end of March.

“I was completely blown away, I really shouldn’t be surprised at how supportive the community was, but I was truly humbled by the sheer number of people that came along to support, it was incredible.”

There were 12 stalls on the night, though stall numbers were expected to grow with more interest from several stallholders already flowing in, she said.

“We definitely want to build it up so looking for people who have got really delicious or different food offerings or art and craft things.

“We’re not a carboot market, we’ve got a great carboot market already running in Paeroa, so we’re trying to do something that is complementary to [that].”

The twilight market was a great opportunity for Christmas shopping, with local goods on offer, she said.

A night market had been in the pipeline for some time and people were keen to get back on to the racecourse site now it had changed hands and was available to the community again,she said.

““We’re super-excited about having the racecourse as a venue, it’s really lovely under those trees.

“It’s such a nostalgic place for people that have lived in Paeroa for a while, most people have some sort of memory attached to that place, so there’s a real sense of gratitude being back in that space.”

Proceeds from stall fees would be donated to the Paeroa Highland Games, she said.

“That’s just recognition of the importance of the highland games, that event’s really huge not only for Paeroa but for our district.”

Upcoming Paeroa market dates are December 11 and 18, then from January 8, the markets will be held on the second and fourth Friday of the month.

Meanwhile, Thames is also holding evening markets leading up to Christmas. Local shop owners will have their wares on display in the Thames Civic Centre square on December 11 and 18 from 4pm until 8pm.

The sweet taste of summer

The life and times of Santa