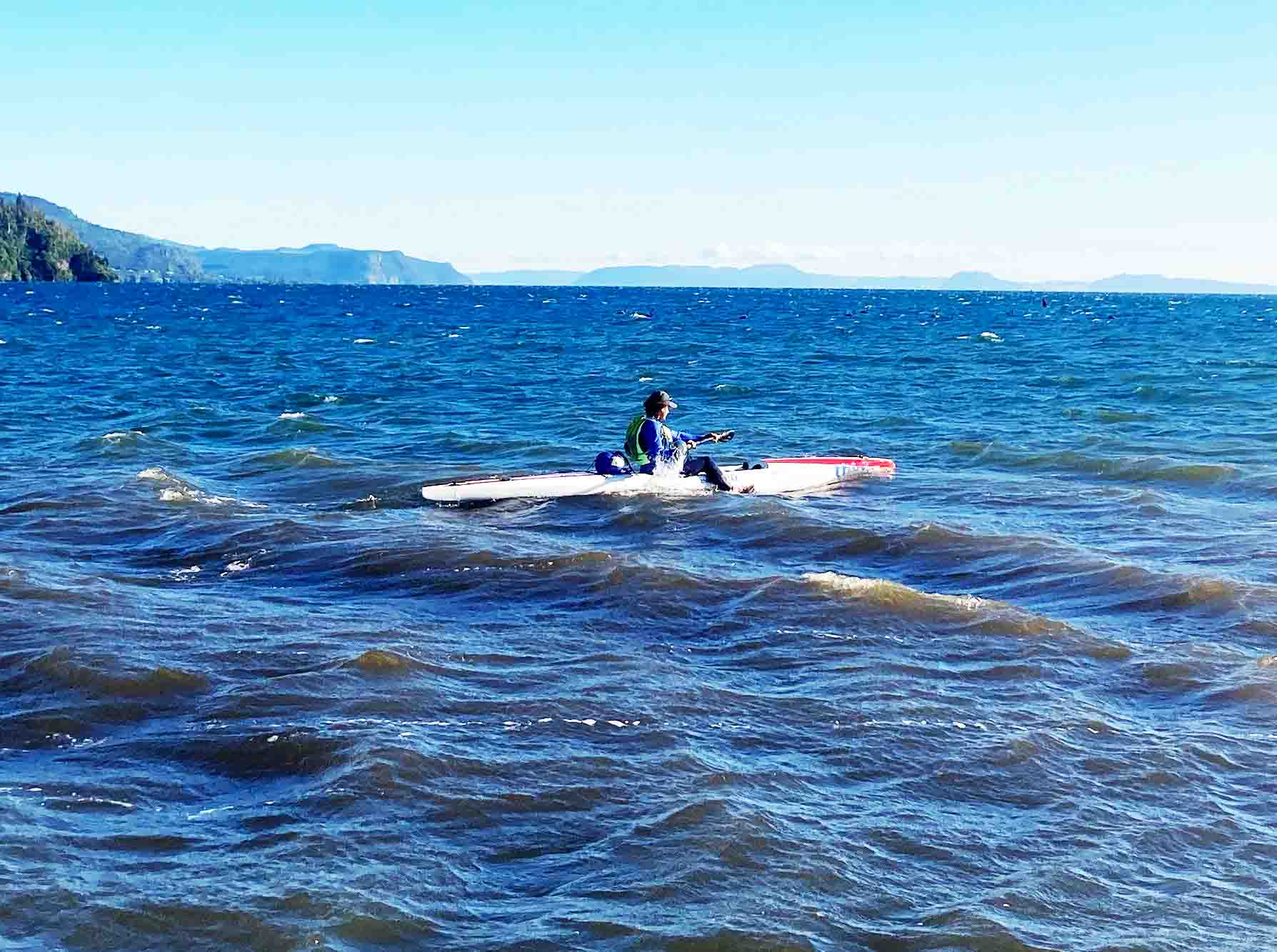 The weather was not on Braden Hodgson’s side when he attempted to kayak around Lake Taupo last month.

The 23-year-old Paeroa man set out on a mission to raise awareness for The Heart Foundation, but rogue waves and strong winds threatened to set him off course.

Nonetheless, the avid adventurer has so far raised $1800 for the foundation, after managing to kayak 100kms of Lake Taupo’s circumference.

“All through the night, the weather was howling. I was up from 3am listening to the wind; I just couldn’t get back to sleep from then,” he said.

“I got out on the water anyway, and from the start it was a battle.”

Braden embarked on his journey from Tokaanu at around 7.30am on November 28. He paddled for 13 hours and reached Kawakawa Bay, 100kms from his starting point, at 9.30pm.

The first two hours were the worst, he said.

“I was constantly stabilising the boat and looking at the next wave coming,” he said.

“It was quite draining mentally because I wasn’t able to relax, and that was probably the hardest challenge in itself.”

Within the first four hours, the boat had capsized, and Braden received burns on his lips from the wind and sun.

When he reached Kawakawa Bay, he had a difficult decision to make.

“From then on, it was a judgement call because I had to do the rest of the western bays, and there’s not many places to stop around there, which meant that if anything happened to me through the night, it would have been hard for me to get to shore,” he said.

“The conditions were supposed to get worse and I was already tired and exhausted. I had to commit through the nighttime section, or decide if it was not safe enough for me to do so.”

Braden made the call, and kayaked back to nearby Kinlock where he was picked up.

Despite the difficulties of the journey, Braden was motivated to continue by his two-year-old nephew Leo, who was born with a heart condition.

“I wanted to quit so many times throughout the day, but when I would pull to the side and get out of my kayak and sit there, I would think: What am I doing this for?

“It was hard for me, mentally and physically, but he’s already gone through so much. He’s been fighting for his life and he doesn’t even know it.”

To donate to Braden’s cause, head to fundraise.heartfoundation.org.nz and search for Braden Hodgson.