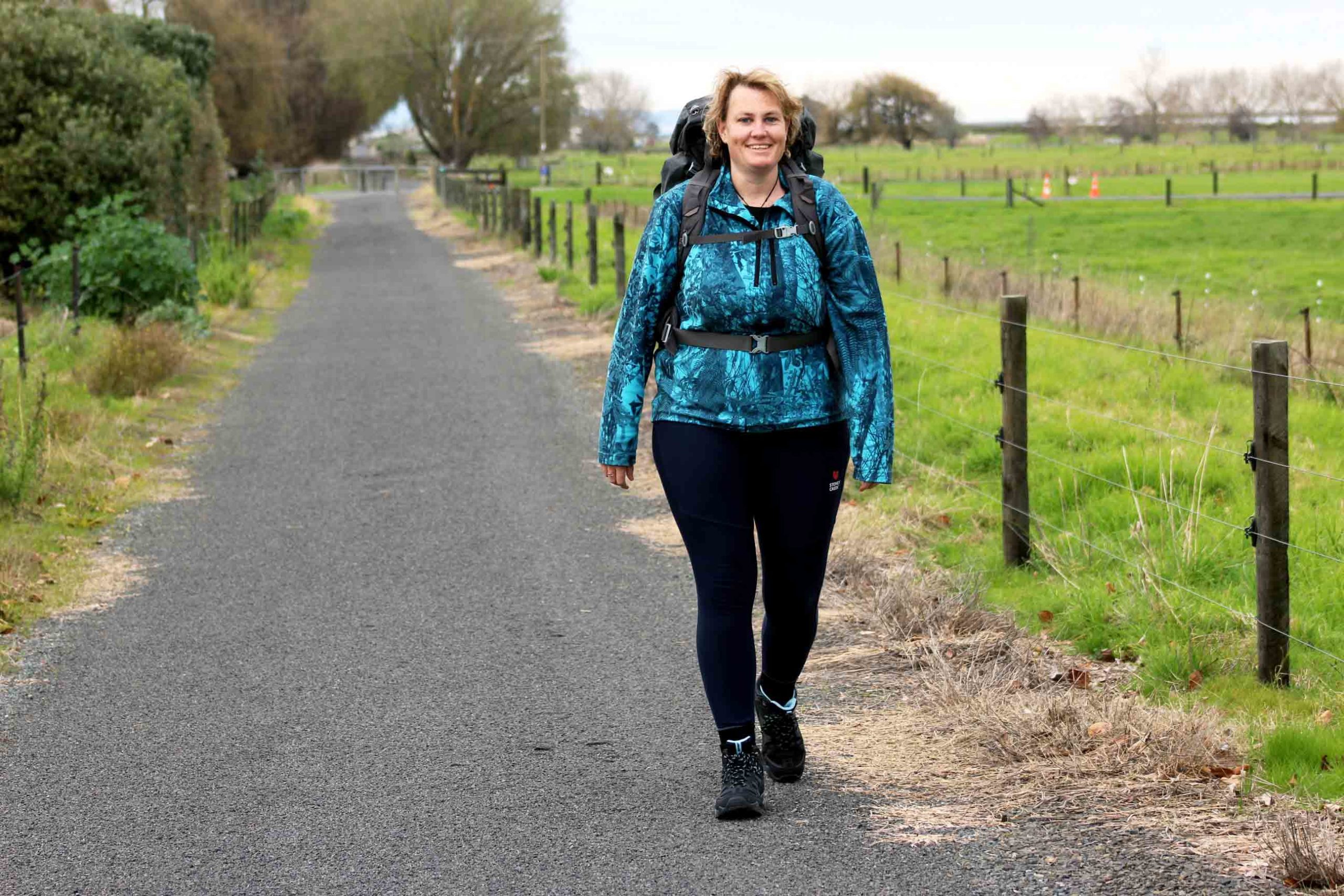 Early last year, Kate Coatsworth thought her severe headache was caused by a failed attempt at doing a headstand on her paddleboard while on her OE in Australia.
Three weeks later, the headache had not gone away despite sports massage and treatment from an osteopath.
“The headache just carried on, it got worse and worse and worse. My head was just pounding and I was really dizzy,” she said.
Her flatmate’s mother wanted to take her to hospital because she felt it had gone on too long, she said.
“I was like ‘I’m not going to the emergency department for a headache, you don’t go there for that’.”
After being examined at the hospital, Kate was about to be sent home with some painkillers when she collapsed on the emergency department floor. She was unable to walk more than five steps before collapsing again.
After further tests, doctors diagnosed Kate, now 34, with stage four glioblastoma multiforme after finding an aggressive brain tumour the size of her fist in her right frontal lobe.
“That’s when they said had I not come in when I did, I would not have seen the next day,” she said.
“What actually caused the headaches wasn’t the tumour – the tumour had grown so big and so fast that it had caused a bleed, and so the bleed was what was causing the headaches.”
Just over a week later, she underwent a six-hour surgery to remove the tumour, followed by 15 months of gruelling radiation and chemotherapy.

The former Thames Youth Centre manager and early childhood teacher at Pukekos Educare had moved to Sydney at the time, to “extend my youth work career and have a change of scene”.
She came home to Thames in March just before the borders closed due to the Covid-19 pandemic, and completed her chemotherapy treatment in New Zealand on May 2. There’s currently no evidence of any tumours though she will need MRI scans every three months.
“Because it’s stage four, the risk of recurrence is incredibly high. If it came back it would only come back in the same place and it would always come back as stage four, it’s not metastasised.”
After returning home, she realised it was very difficult for New Zealanders with brain tumours to find the support and the hope they needed so she decided to raise funds and awareness for Brain Tumour Support NZ.
After training for the past three months, Kate plans to begin a fundraising walk along the 3000km Te Araroa Trail from Cape Reinga to Bluff on September 7, with a small support team that includes 69-year-old grandad Stan Kendall, her trainer Fiona Webster, whose partner Shaun has a benign brain tumour, their sons Sam, 12, and Luke, 9, and Kate’s parents, Ian and Moira Coatsworth.
Kate will walk up to 30km per day on the trails, which will take her through some of the country’s most scenic bush walks, beaches and rail trails.

Kate will complete the trail in two parts, aiming to finish the North Island in December and the South Island early next year. She said she was walking the trail to show others it’s possible to be optimistic after a devastating diagnosis.
“That’s the sole reason that I’m doing it, just to show it doesn’t always have to be bad. It is a rubbish diagnosis and it’s not a journey that I would want anyone to have to go on but it’s so common and you do have a choice,” she said.
“I know that I’m lucky, I know that I’m one of the lucky ones and I don’t want to waste that. [I want to] use my story to help other people that have got this diagnosis and don’t have the support I have.”
So far, Kate has raised just over $3000 toward her $100,000 goal for Brain Tumour Support NZ. She’s also hosted a successful fundraising dinner to help cover costs and Pukekos Educare is raffling a year’s free childcare for Kate’s cause.
Go to givealittle.co.nz/fundraiser/beating-the-track-for-brain-cancer for more information or to donate, or follow the Beating the Track for Brain Cancer Facebook page for updates.