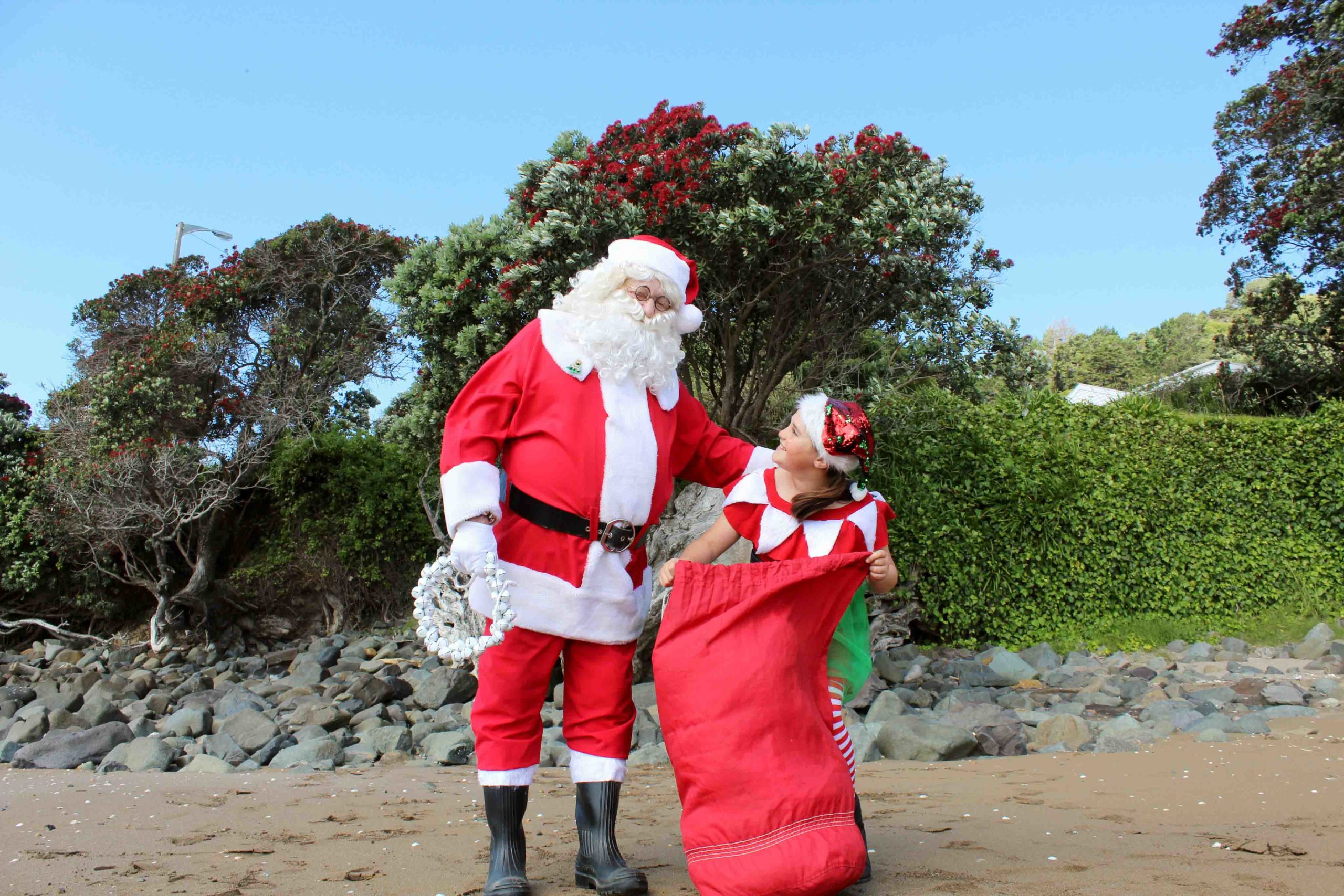 When Santa Claus is not in the North Pole, he can be found in contrasting conditions along the Thames Coast.

His house with a sea view is adorned with photos of him on various excursions: Santa with a fishing pole, Santa with a surfboard, and Santa at the Paeroa L&P bottle.

He shares the home with wife of 50 years, Mrs Claus, also known as Lorelei, and when he’s not decked out in the red suit, leather belt and boots, Santa too goes by a different name: Vic McWatt.

Vic has been the Thames Valley’s resident Santa Claus for 34 years.

It’s a big job, but one he takes in his stride.

Over the years, Vic as Santa has had to deal with the loss of familiar patients at Thames Hospital, and hear woeful wishlists from hopeful children.

One year, he visited a local school, and a young girl took a particular interest in him.

“She sat on my knee and wouldn’t leave me alone. Later on, I stayed there for a while. I don’t know what made me do it but I went over to her, sat down, and asked her what she wanted for Christmas.

“We found out her father had passed away a couple of weeks before.”

It’s an emotional recollection for Vic, but his empathy shows that for him, being Santa doesn’t just occur one night of the year.

He has also had a request to return a child with her lost teddy, and bring back a motorbike and a “pig dog” from his workshop.

“I never say yes they’re going to get it. I say: look, I’ll dig deep in my bag and see what we can come up with.”

Santa will be at the Goldfields Mall in Thames until Christmas Eve, and this year, he’ll have his granddaughter Pearl – a part-time elf – there to help him out.

Growing up, she never told anyone about the family secret.

The family joke that Vic underwent a rigorous training course to qualify becoming Santa, a joke that is partly true.

He owns books about Santa Claus, Christmas carols, and reindeers. He has a belt embroidered with his moniker.

His favourite time of year is Christmas, and he has made it his mission to rid every child of their fear of Santa.

He has mastered the iconic “ho, ho, ho”, and has a glass of sherry each Christmas morning.

He has been around for people’s final festive season. He has brought joy to young and old alike.

“There are moments where I think: Jeez, can I keep doing this?” he said, “but Santa can’t say no.”

PHOTO: This year Santa Claus (Vic McWatt) will be helped out at the Goldfields Mall by his granddaughter, part-time elf Pearl McWatt, 8.