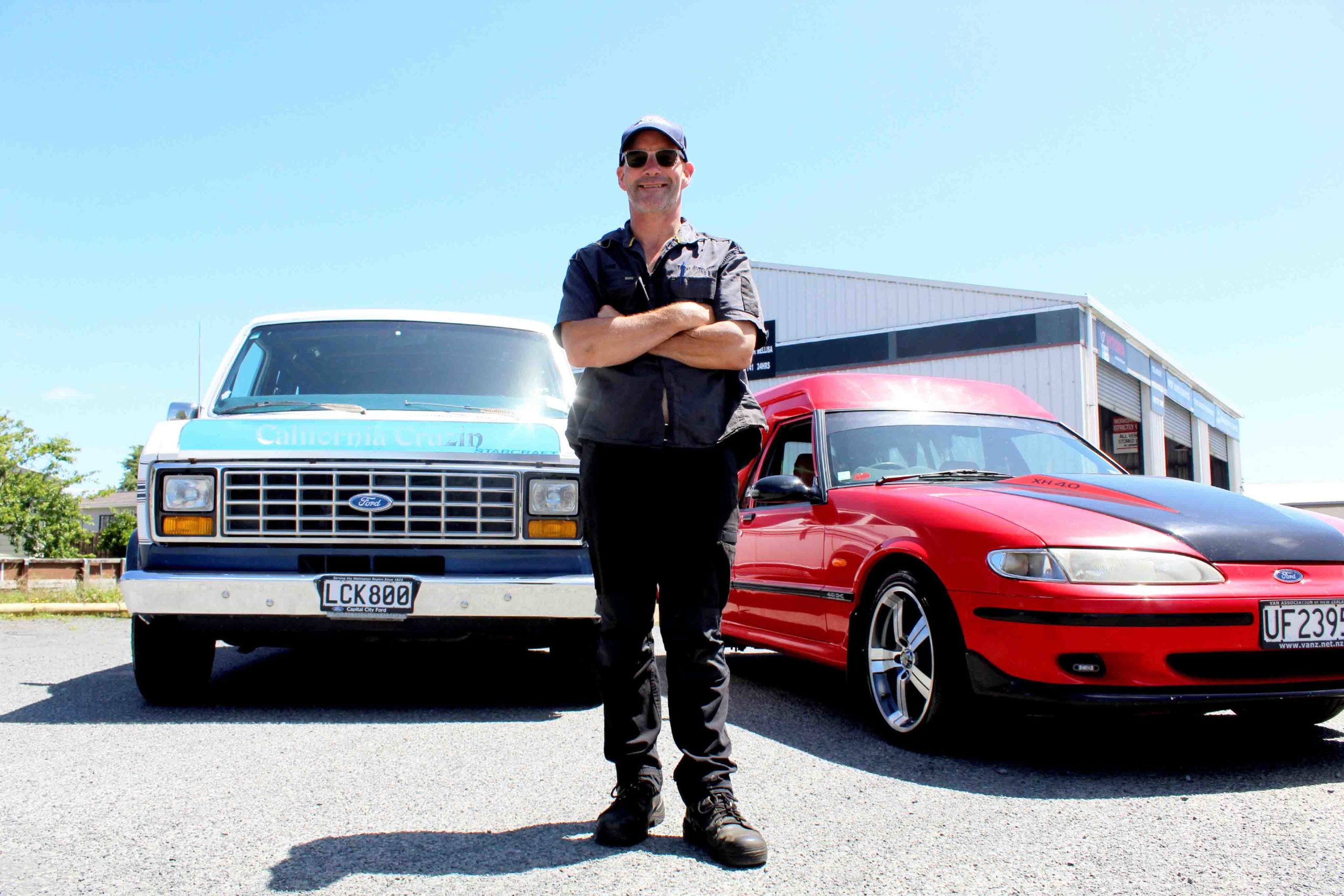 Vehicles that are cool, interesting, or out of the ordinary are invited to a car show rolling into Ngatea after Christmas.

Held on December 27, the annual event will mark its fourth year, and organiser Fish MacKay said its grown in leaps and bounds since its inception.

“It’s a charity event and the funds this year are going to the Ngatea St John cadets.”

Fish has owned the automotive repair shop Total Auto for more than three years, and his interest lies in custom vans.

His fascination began 27 years ago, and he is currently the president of the Auckland Van Club, and owns a 1990 American Ford Econoline conversion van, and a 1996 Ford Falcon panel van.

“Working here all the time, it was really hard to get away to events, and I looked across the road at our huge grass space and just thought I’d start something up, by myself, for myself, because I could,” he said.

“And we’re not a huge organisation compared to say hot rods, but last year we had 47 custom vans in the town, and the first year we had 52.”

At the event, Fish said there will be a “van show within a car show”. There are also nine trophies to give away for various categories.

“There’s an exclusive van parking area, and anything else is welcome that is cool, interesting, or out of the ordinary. Vintage, motorbikes, whatever you’ve got,” he said.

“It’s cool, casual, low-key and cheap to get in, and it’s something you don’t have to hang around for all day. The town pool is 20m away and we’ve got cafes, a hotel, and gas station handy … it’s always been a good day for the town.”

Fellow Ngatea “petrol-head” Trevor Birchall has had interest in the show “since day one”.

The Ngatea Customs and Classics Show will be held at the Hugh Hayward Domain, Ngatea, on Sunday, December 7 from 9.30am-1pm. Entry: $5 per vehicle, and $2 gold coin entry for public viewing. All vehicles please pre-enter by phoning Fish on 027 9155 809 or emailing fishandmellisa@gmail.com

Shopping local the crux of Christmas this year