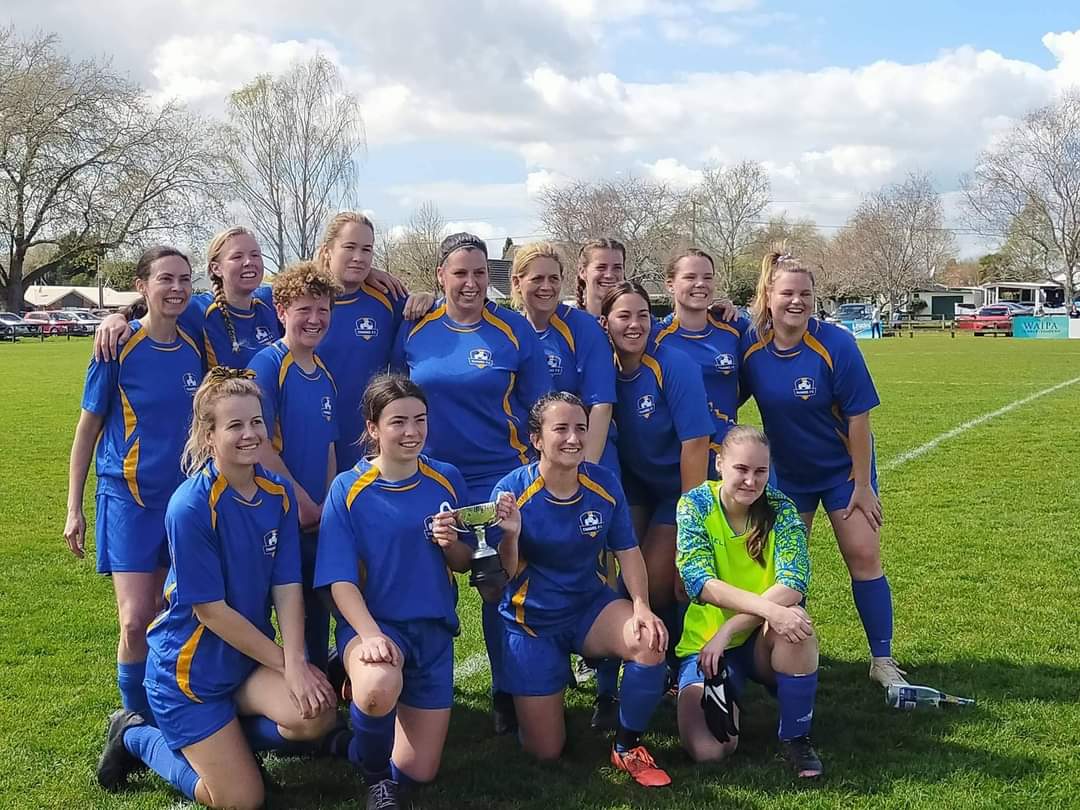 The Thames senior women’s football team has ended the season at the top of their league after forming a team for the first time in more than 10 years.

Team captain Keltie McManus said they won 12 of 14 games played throughout the Waikato-Bay of Plenty in the B grade league.

McManus said she wanted to start the team in Thames because she loved the sport.

“I’ve been living here for six years and there’s been no team to play for so another girl and I, [Alice Cook] decided we would see if we could find enough players that would be keen to make a team here,” she said.

“So we did some flyers and went around town and talked to people and had a muster.”

Their hard work paid off with 18 players signing up.

At that time there was no club in Thames for seniors, however, the Thames Junior Football Club opened up their club to allow them to have a senior women’s team, she said.

“Since we’ve done that I think the men are hoping to put a team in next year.”

The Covid-19 pandemic created uncertainty at the beginning of the season and made it difficult for the new team to get to know each other, she said.

“Because of Covid it was quite tricky – we weren’t sure if the season would go ahead,” she said.

“We’d started pre-season training and then the season was put on hold and then all of a sudden it came back on and we had a week to get everyone back together and get the team together to play again.

“The first game no-one knew each other’s names, it was a bit of a shambles.”

But it didn’t take long for the team to gel, she said.

“We got to meet new people, such a diverse range of players. We have girls that have just left high school who wouldn’t have been able to play again with people who hadn’t played since high school, mums, police women, nurses, and teachers, it was a really cool way to meet other people.”

‘One for the girls’