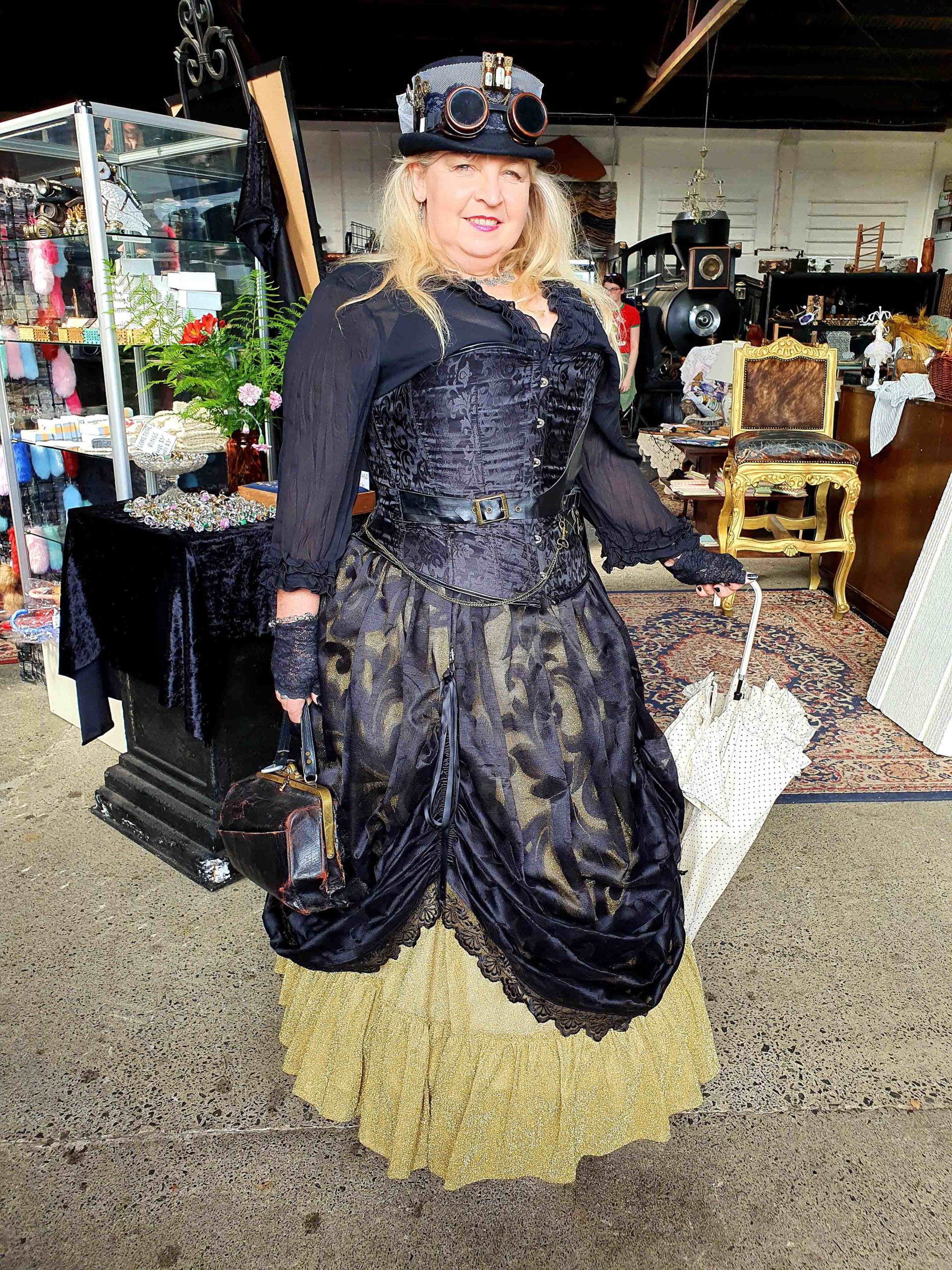 Steampunk the Thames is holding a scaled down mini festival in Thames this weekend.

President Colette Doherty said the committee had postponed the annual November event to April next year because of Covid-19 restrictions.

However, due to high demand an additional event, Steampunk Rebellion 2020 – A Nuts and Bolts Minifest, will now be held on November 6-7.

“It’s called a rebellion because everybody was rebellious, going ‘well, I’m going to come anyway and I’m going to spend my money in Thames anyway’ and that’s an awesome attitude to bring to Thames,” she said.

The reason the usual 4-day event was postponed was because it would be too difficult to keep visitor numbers under 100 if there were another jump to Alert Level 2, she said.

“We had it all planned, the theme, the logo and then we were still in Level 2 and we started thinking we can’t manage the parade – crowd control less than 100, and that’s the biggest part of the festival.

“So we pulled the pin on that and postponed it and then the out-of-towners said they’re going to come anyway and just have a look around town because they book 12 months in advance.

“We thought that’s really nice, we should give them something to do while they’re here.”

Organisers decided to go ahead with events where they could control numbers if there were another jump to Alert Level 2, such as the Meet & Greet, Head of Steam Quizz, a night market held indoors, a display of steampunk vehicles and The Wastelands ball.

“We’ve got limited [ticket] sales but we can open up sales closer to the time if it looks like things are going to be good.”

The committee was expecting fewer numbers at the popular event because of the restrictions, she said.

“It’s just pared down just to the nuts and bolts of a few things. We want people who are coming to still be able to tour around the town and visit other things.”

The festival put Thames on the map as a destination and created a fun atmosphere in the town, she said.

“Generally the air in the town is one of party and excitement because it’s like a party, it lifts everybody’s spirits and it’s an exceptional artistic outlet.”