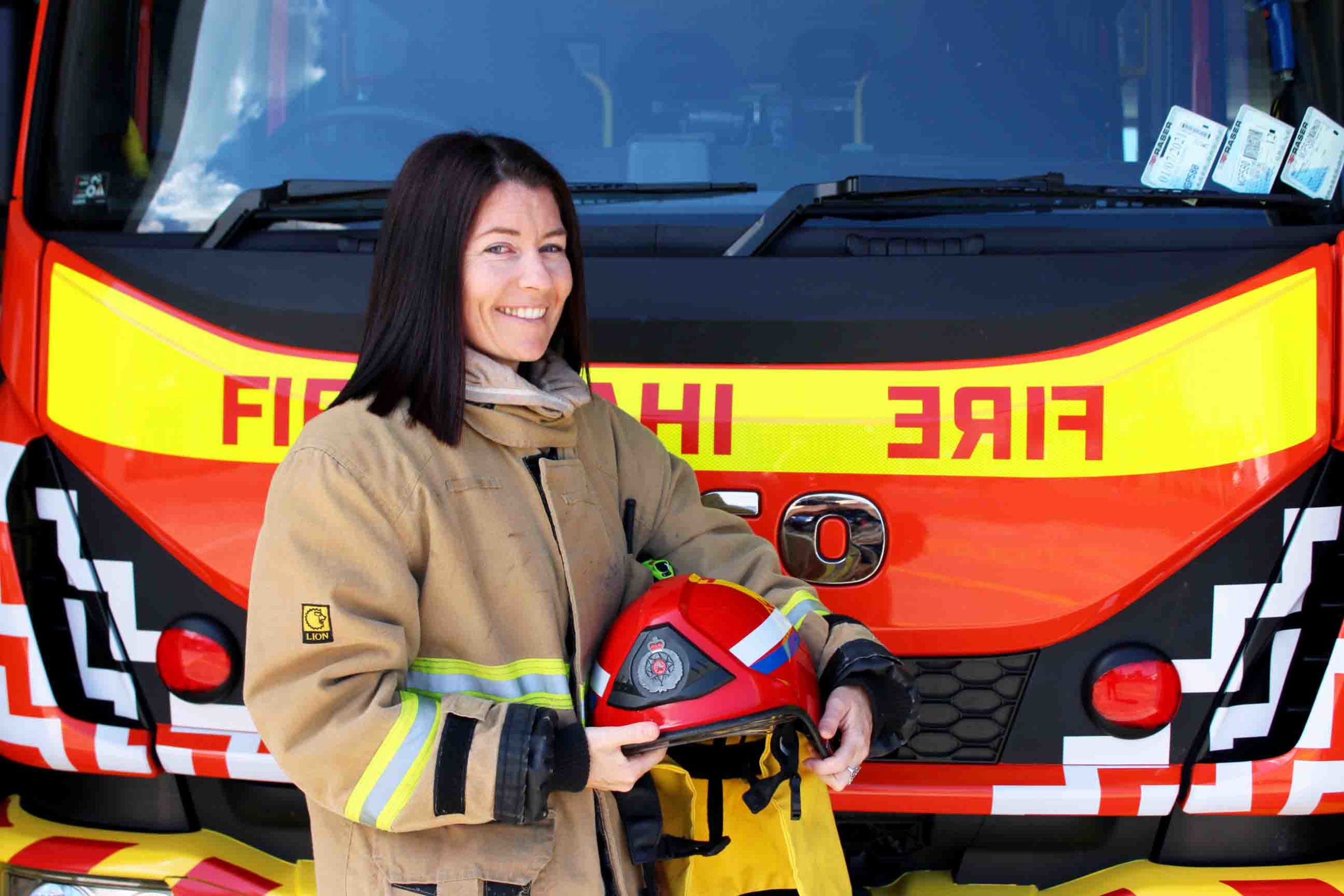 Volunteer firefighter Siobhan Flanigan is not daunted by being appointed the Thames brigade’s first ever female officer in its 133 year history.

“It really never occurred to me how significant it was and it still doesn’t really,” she said.

“But glass ceilings are made to be broken aren’t they? It’s one for the girls.”

The Thames-born mum-of-3 said that’s why she went for the role – for the next generation.

“Because if you ask a child to show you a picture of a firefighter they’ll point to a man nine times out of 10. I think we need to change it up a bit and show them it can be done.

“As women we struggle to back ourselves and be confident in our choices and our decisions. So that’s been a steep learning curve because in an officer’s role, you have to justify every decision, I’ve learnt a lot in that respect.”

Siobhan, who is a regulatory administrator at Thames-Coromandel District Council, is one of six women volunteers at the station and is also part of the region’s women’s advisory network, which drives inclusivity and diversity within fire and emergency.

She joined the fire service eleven years ago when her youngest child was four months old.

“For me it was always about something that was bigger than just me and giving back and I really wanted to see it as normal to give back, I just wanted it to be part of who we are as a family,” she said.

Helping people was what she enjoyed most about being a firefighter, she said.

“Every time the siren goes it’s because [someone] is having a really bad time and they’re quite often pivotal moments in people’s lives, so to be given an opportunity to support them and to help make that day easier for them is really nice.”

The biggest events she’s attended so far were two Smart Environmental fires several years ago thought to be caused by lithium batteries exploding among 3000 bales of mixed plastics stockpiled in its Matatoki plant.

“They were pretty significant, it was just unprecedented, they were once in a lifetime fires and we had two in the space of 12 months.”

Siobhan was on the hoses for the first fire but held a logistical role in the command unit for the second, which said was a steep learning curve but interesting to have another view of the fire scene she normally wouldn’t get to see.

In her new role as fire officer, she manages crews, giving instruction and making sure everyone’s health and safety isn’t compromised.

“I love it, obviously it’s not all roses at times as with anything but there’s a real sense of purpose and the team that I’m part of have been amazing and so supportive,” she said.

“We’re really blessed here in Thames to have 30 people who are all drawn together with the same common interest and we just gel really well together, it makes it a lot easier.”

She completed a course of study for her new role, which she describes as a “big transition”.

“I enjoy it, it’s really good for personal development and I’ve been given all the tools I need.

“It just comes down to experience and I’m lucky enough to have supportive management here who do support me and give me opportunities.”