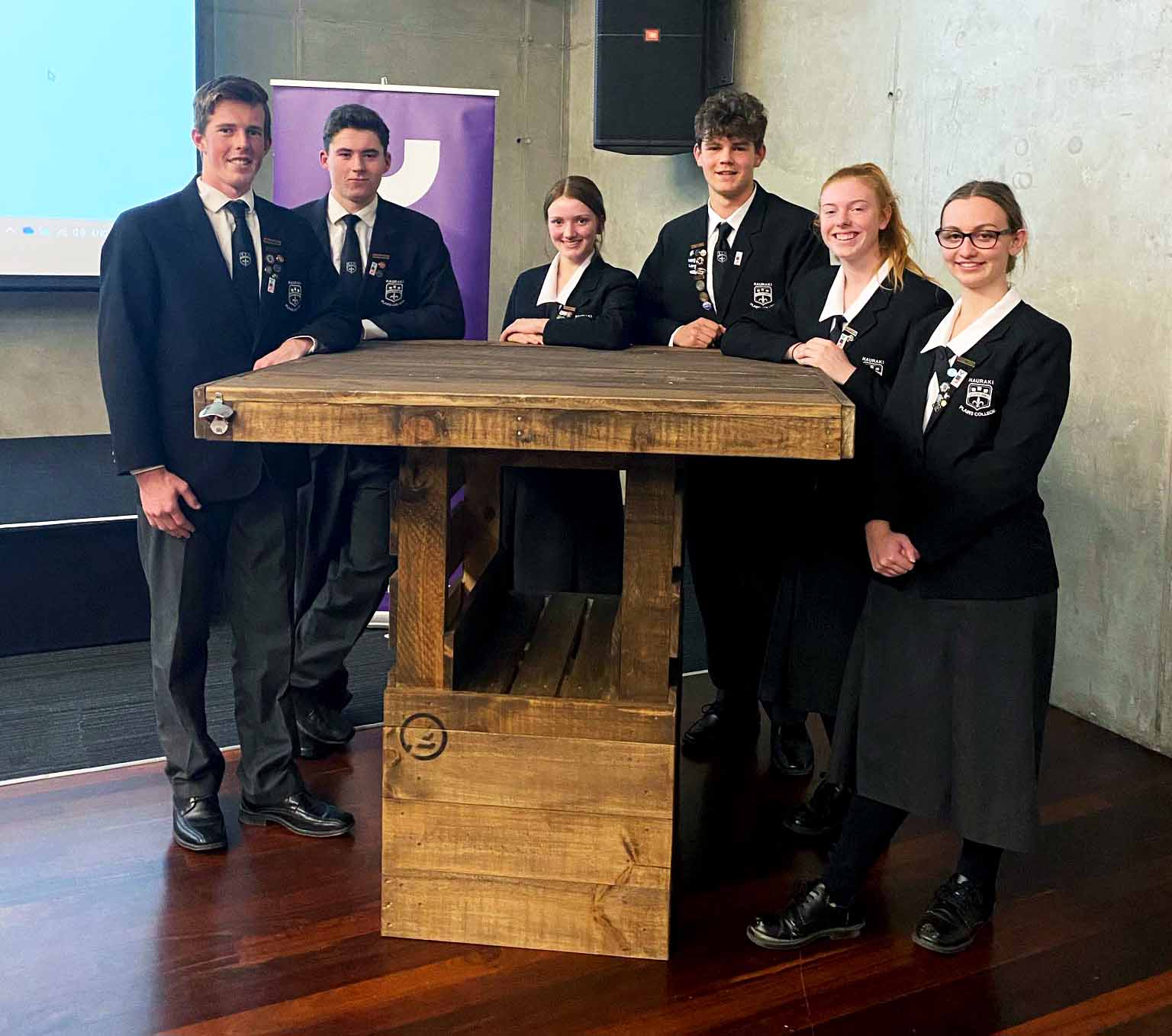 A business making and selling bar leaners from recycled wooden pallets has taken off for a group of Hauraki Plains College students.
The group of six entrepreneurs developed the business, called Kiwi Rakau, as part of their year 13 business studies assignment, in which the students will be assessed on all parts of the business, including sales, finances and marketing.
Spokesperson Shannon Aislabie said orders flew in after posting a photo of one of their bar leaners on college social media. They have 22 orders so far, including 10 special table tops for the Fall’s Retreat in the Karangahake Gorge.
“It’s actually taken off a lot more than we were expecting,” Shannon said.
“It’s working out really well, we’re basically taking the good quality pallets that could be used for so many other things, dismantling them a little bit and putting them into bar leaners. We’re taking something that could have been burnt or just thrown away and making it into such a big, beautiful bar leaner.”
There were several reasons why they were so popular, Shannon said.
“We’re recycling such a useful product and they’re really cheap and affordable.”
The students have been working hard to assemble the bar leaners during their school holidays and in between their study and part-time jobs.
They have made eight bar leaners so far and hope to meet their target of 30 sold by the end of the year.
“The pallets that we get are absolutely free, we talk with Farm Source and Farmlands about what we’re doing and they’re really happy to give them to us for free, which is really cool.”
Once dismantled, the students build and varnish the bar leaners and offer delivery at the purchasers’ cost.
“We’re putting in as much hard work and effort as we can towards them. We’re so passionate about it because we all really enjoy what we’re doing, especially now we know the process of how we’re doing it.”
The bar leaners cost $200 plus $20 for a protective coat of varnish.
For more information, email: kiwirakaunz@gmail.com or text 0204 176 7157.