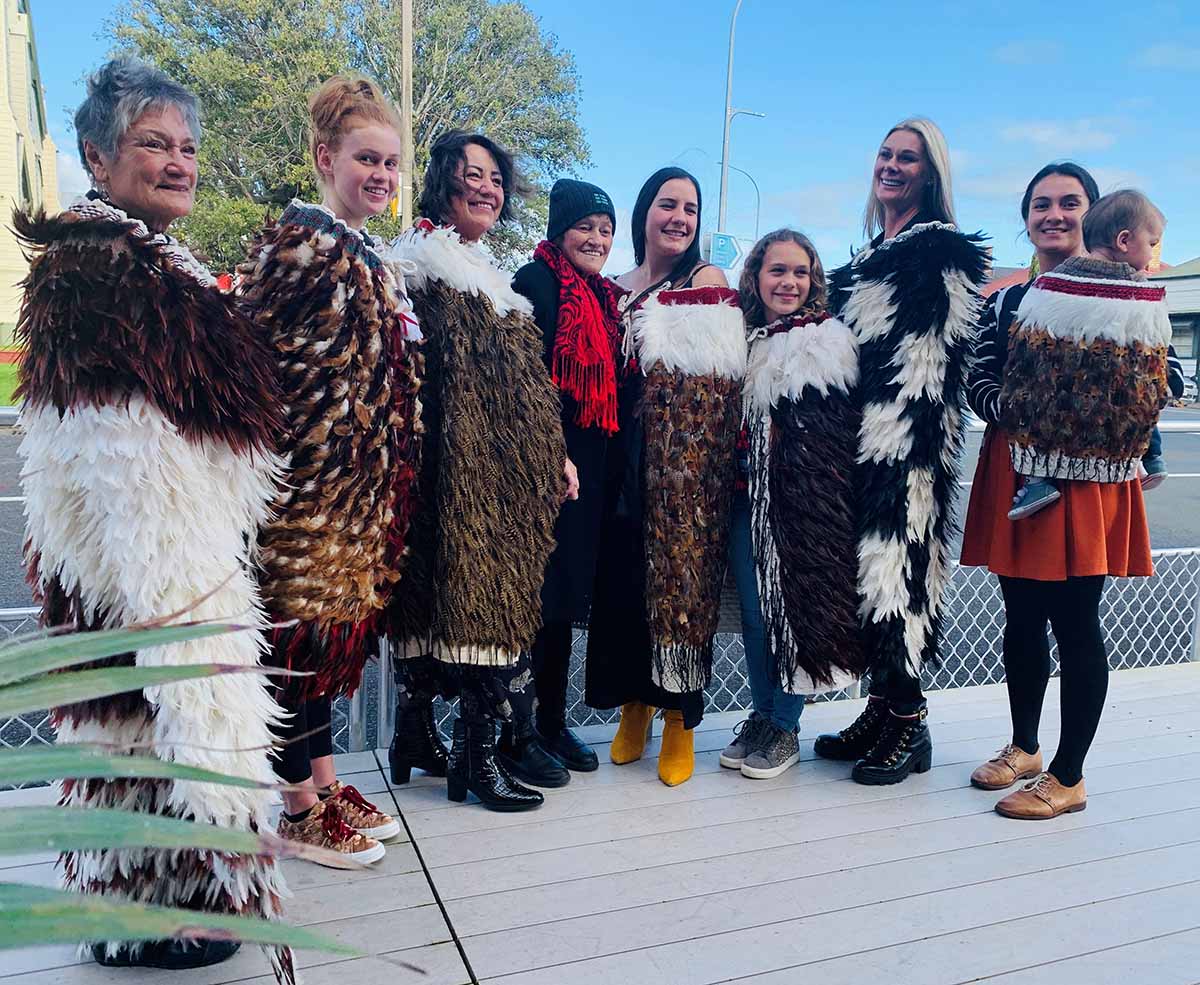 A chance encounter with women raffling a korowai cloak at Thames Markets in 2013 has resulted in a shot at the Oscars for two Thames filmmakers.

NZ Short Film Pluck, directed by Kirsty Griffin and Viv Kernick, has won the prestigious Best NZ Short Film in this year’s Doc Edge NZ Film Festival, which means they now qualify for consideration for the 2021 Academy Awards (the Oscars).

“Doc Edge is a fantastic festival and it was great to have won – you’re up against a lot of other very clever people but I think ours was the best,” Viv Kernick said.

“It’s been a long time in the hatching, in the incubating, and I think because of that, it’s just added so much more to the story.”

Pluck is a moving and uplifting short film about cancer-sufferer Jean Neshausen’s journey to weave her daughter’s korowai, a traditional Māori feather cloak.

The group of women were fundraising at the markets to visit the Chatham Islands for a weka hunt to get feathers to weave the korowai, which Jean Neshausen wanted to complete before she became too unwell.

“She’s woven 15 [korowai] but then she realises that at this time in her life that she hasn’t woven one for her daughter,” Viv Kernick said.

“The weka feathers and going back to the Chathams were such an important thing to her, she really connected with the Chathams, I would say it’s very much her spiritual home down there.”

Pluck was a great story, which was a different type of documentary compared to what’s usually considered at the Academy Awards, she said.

“When you’re looking at a documentary you’ve really got to look at how well the story is told and the level of production and I think that Pluck is definitely up there.

“The other thing is how many films are out there about middle-aged women that are exceptional? Not very many so from a feminist point of view, we’re very, very proud of Pluck.”

While making Pluck, the filmmakers also made other successful Thames productions, such as Wayne, House of Champions, and Amy Street, which can be found online: amystreet.net.