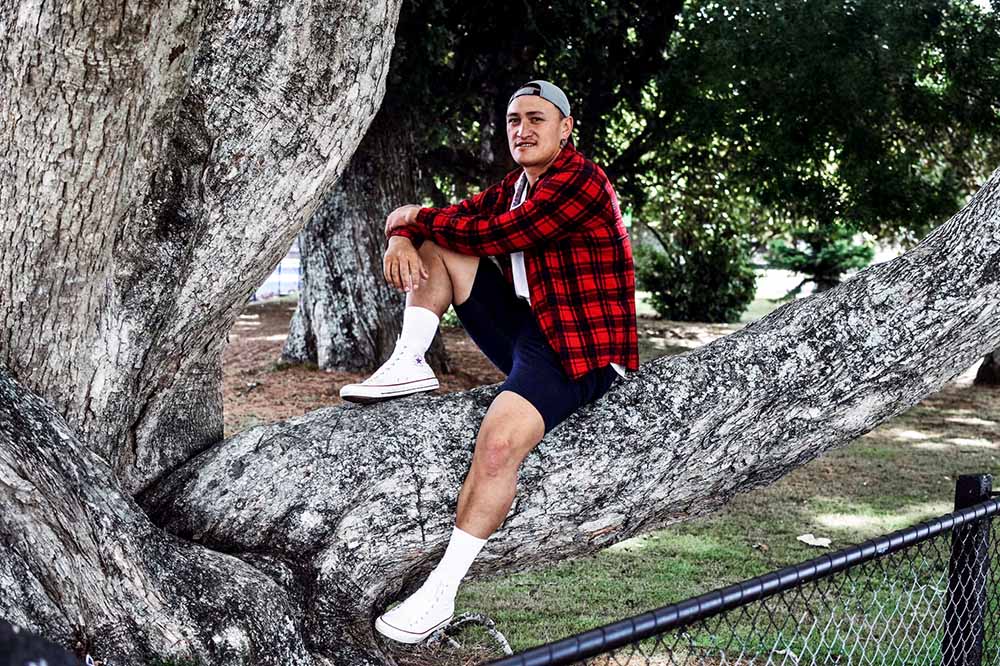 Nikora Peeni knows what it’s like to struggle with mental health.
Two years ago, the former Kerepēhi man found it difficult to cope after losing two close friends to suicide.
“I spent most of my time with those boys [so] for me personally, it was so close to home seeing my friends take their lives and me not knowing the emotions at the time,” he said.
“We all go through them [emotions] as men and we don’t tend to express them as much as we should be, we tend to hold it inside.”
A hikoi or walk for men in Tauranga, where he currently lives, helped him through that difficult time.
“It helped in all aspects of me growing as an individual, as a father, a husband. It just gives me another angle to look at in life instead of just focussing on all the other stuff.”
Now the father of four wants to share the tools he learned with other men to help them release pressure, past trauma, depression, anxiety and anger.
Mr Peeni, 28, is organising Tāne Hauora – Hikoi the Hauraki, an event held in native bush in the Karangahake Gorge on Saturday to help Hauraki men connect and be the “best versions of yourself”.
Breathwork facilitators and other experienced support people from Taranaki and Tauranga would be attending the event, he said.
“They’re going to come and help hold space for the boys that will be going on this walk – support for whatever comes up for them during that time,” he said.
“There’ll be a lot of emotions coming out of them that they haven’t expressed ever because we tend to suppress our emotions more than express them.”
The purpose of the event was to provide a “safe space for men to speak into”, with workshops to give them skills they could use daily, he said.
“When tough times do arise, you’ve got something that you can use, whether it be breathwork, meditation, a primal scream or something like that.”
The hikoi was needed in Hauraki, he said.
“When I see my mates I can see they’re real hurt but they don’t know how to express it,” he said.
“But now that I’m in this space where my walls are down … I’ve been on my walk, why can’t I bring this to Paeroa or the whole of Hauraki? My people need this healing, the men of Hauraki need this because what’s going to uplift our families is our men.
“If we see happier men, we’re going to see a happier family, community, it’s just going to create that ripple effect.”
Mr Peeni hoped to hold similar hikoi each month if there were enough interest. The hikoi will begin at the L&P Bottle on Normanby Rd in Paeroa at 5:45am on August 8 for a karakia and introduction before heading to the Karangahake Gorge.
Those interested in attending the hikoi can RSVP: Ph 027 300 8575.