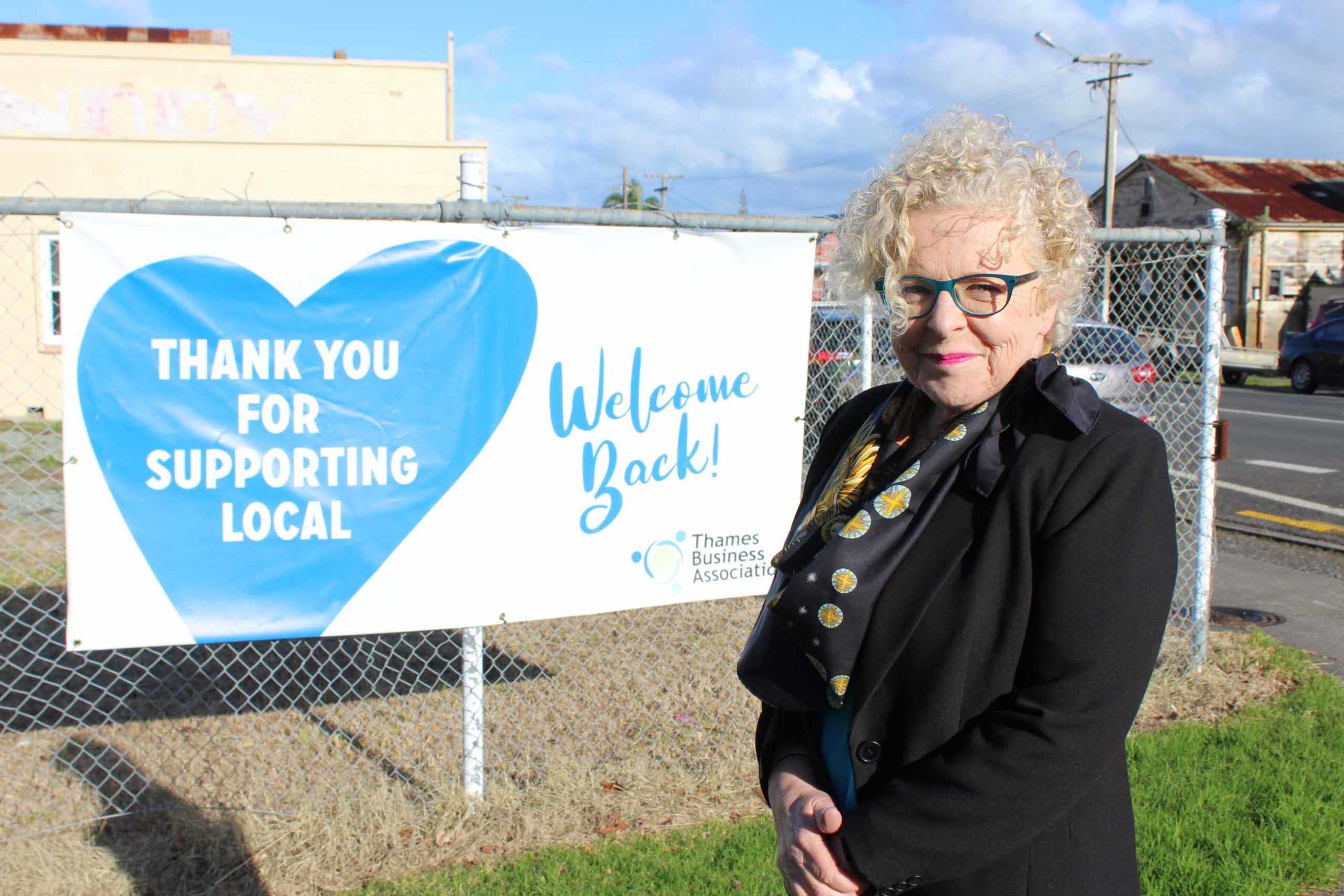 A support local campaign has helped Thames businesses bounce back after the Covid-19 shutdown, the Thames Business Association says.
However, it was too early to tell the full impact the shutdown has had and the hospitality industry was likely to struggle for some time, TBA chief executive Sue Lewis-O’Halloran said.
Sue had so far talked to about two thirds of retailers and businesses in Thames and Kōpū to see how they were faring after the shutdown.
“They’re remarkably upbeat, we’ve still not heard of anyone having to close their doors, which is amazing because I was in Auckland on Monday this week, in Herne Bay, … and half the stores and restaurants were closed, I just couldn’t believe it,” she said.
Sue believed the association’s successful Support Local campaign had a hand in helping local businesses. The campaign included support local posters in shop windows, large signs at each end of Thames and radio advertising.
“The shoppers are glad to be back shopping and they love the signs.”
The retail precinct also had a very strong customer loyalty, she said. “If people during the lockdown period were buying online and couldn’t buy from their regular Thames providers, I think many of them will have come back because they’ve missed that relationship,” she said.
“There were also many Thames retailers that were able to set up an online programme. I really was impressed how people thought outside the box.
“I just think there’s a really positive atmosphere that’s coming into Thames that we maybe haven’t had in the past. There are people who have come up to me and said this is the most positive this town’s been in a really long time.”
She hadn’t expected businesses to bounce back so well.
“The reality is that the hospitality industry is going to struggle for some time unless we can continue to promote domestic tourism and people are travelling,” she said.
“We won’t know for sure for another couple of months because of the wage subsidy issue – if people applied for it and all of a sudden they have to stand on their own two feet.”