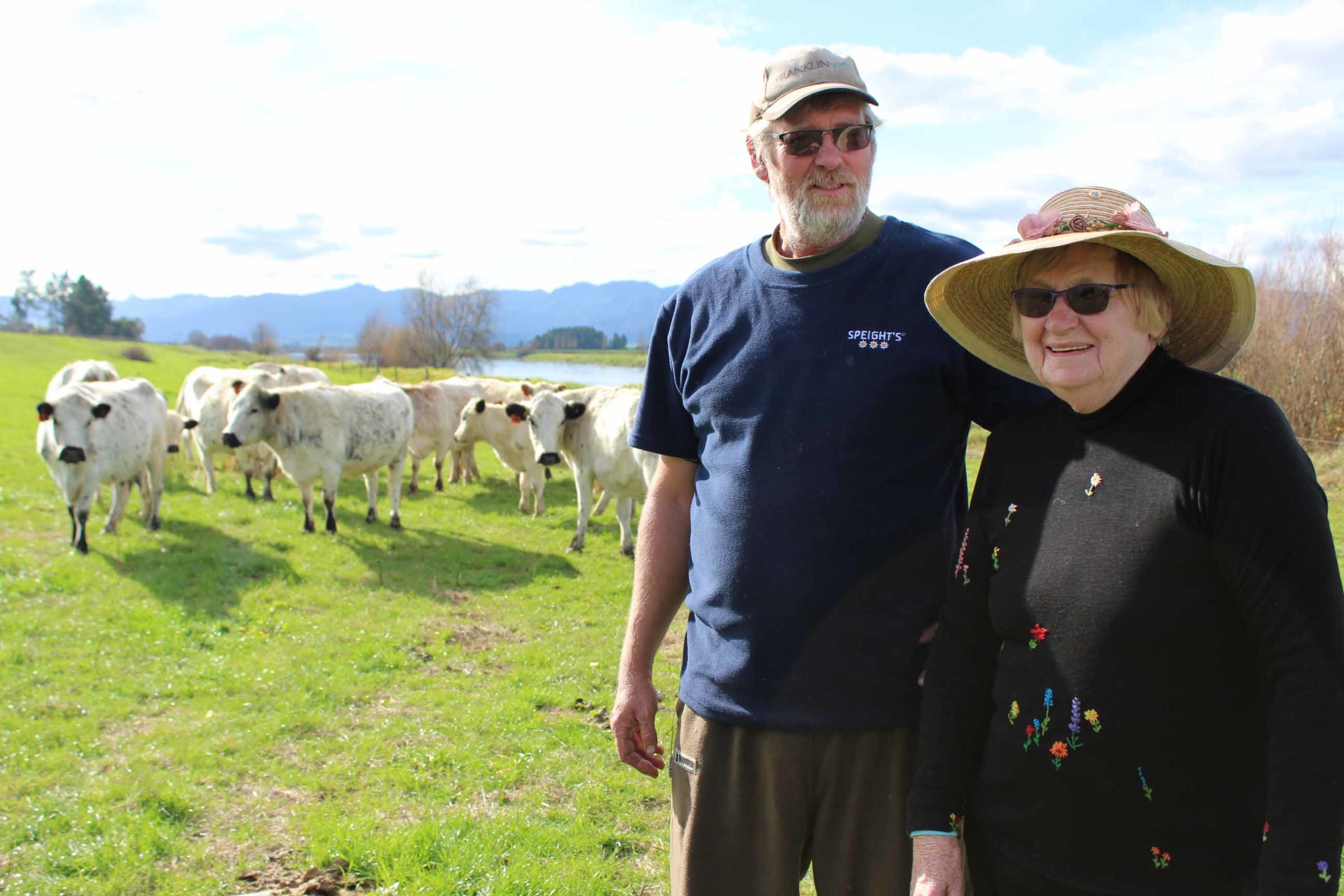 Andrew Ball knows each of his rare purebred cows by name.

Every day, he and his mother Gaynor Ball feed the herd of 22 rare British White cattle windfall apples on their Netherton dairy farm next to the Waihou River.

The herd is a “hobby” the family has enjoyed for nearly 30 years.

“I just like them, they’re different and they’re quiet,” he said.

Mr Ball has been developing the small breeding herd of cattle since 2013, after taking over from his parents when his late father, Jeff Ball, wanted to retire.

His parents started the herd when they imported semen from a UK Royal Show grand champion British White bull in the early 1990s, along with a host of other British breeds, such as South Devon, English Longhorn, Sussex and Scottish Highland.

It was Mrs Ball’s idea to import the British breeds.

“We had friesian cows and I was sick of everything being black and white so I persuaded the old man to have some British breeds,” she said.

“And then we had 16 or 17 different British breeds in the herd – we used to have the Rare Breeds New Zealand meeting here because we had all the different breeds and that was fun.”

The other breeds dropped away over the years but they couldn’t part with the British Whites, which were Mrs Ball’s favourite.

“They are such lovely animals and the calves are so lovely when we’re rearing them, really good calves. They grow so well.”

“They’re one of the oldest purebred breeds of cattle – about 400 years they’ve been recognised as a breed with that colouring.”

The breed has a white coat with black or red speckles and coloured nose, ears and feet and black skin, which means sunburn is never a problem.

After working on a dairy farm in Tauhei, near Morrinsville, for many years, Andrew now manages the family farm for his brother, Stephen. They milk around 600 friesians on the 235 hectare farm and use the British White bulls in the dairy herd to produce beef cattle for the sales, with many going to lifestyle blocks.

Andrew bought a young purebred bull from another breeder a few years ago for his herd. He currently has nine breeding cows and intends to increase the herd to 15 breeding cows. He’s happy with how the herd has developed.

“They’ve definitely got the characteristics of the breed if you look them up in the UK,” he said.