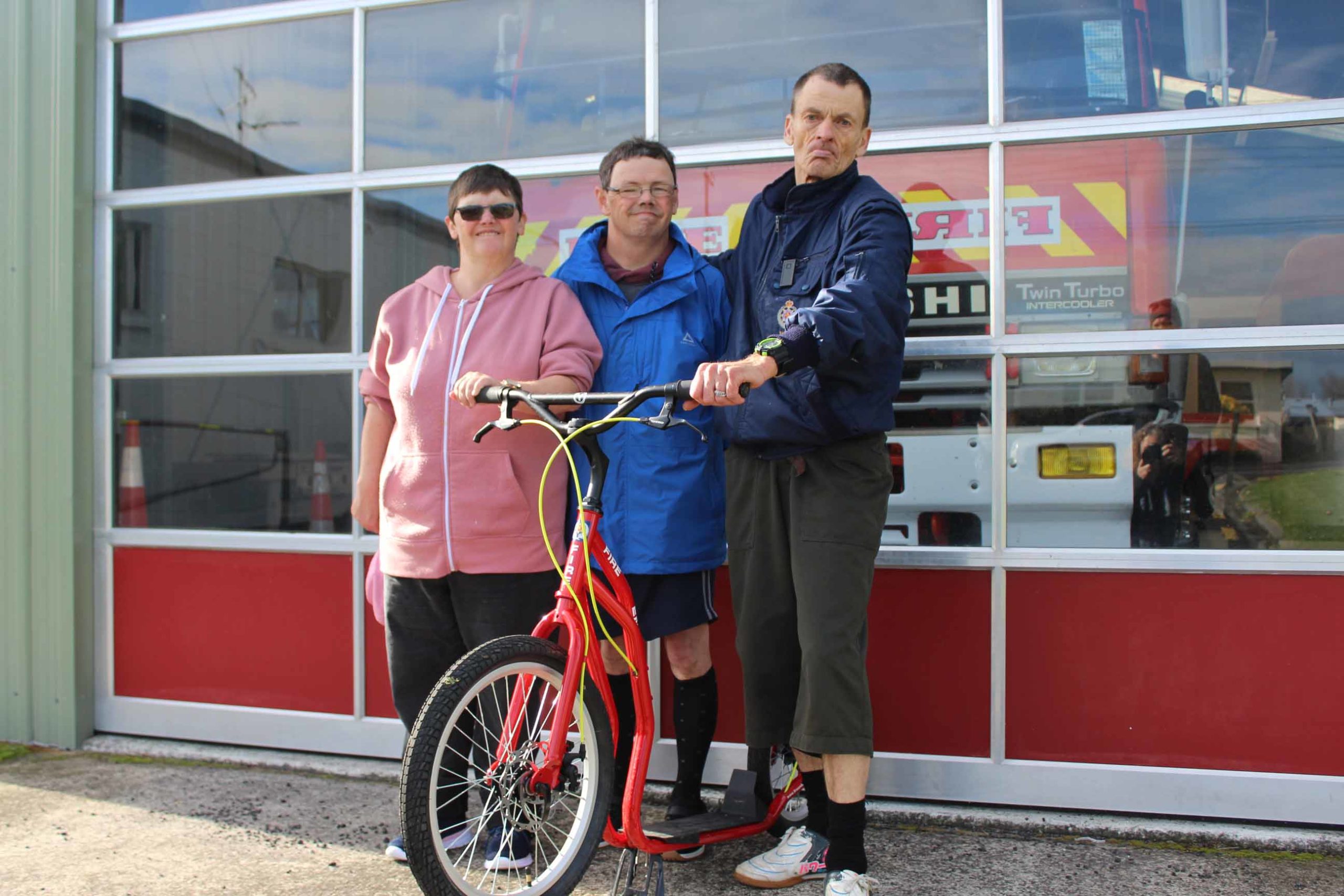 Stephen Swiggs is mad about anything to do with fire fighting.

Every time the Paeroa fire brigade siren wails, Stephen, who has an intellectual disability, is keen to be there.

Inspired by his later father John Swiggs, who was deputy chief fire officer in Tokoroa, Stephen had all the gear – fire fighting jacket, helmet, even a fire hose.

However, all his treasured fire fighting memorabilia went up in smoke when his home caught fire on February 20, along with his beloved scooter. The fire was devastating for Stephen and his flatmates, siblings Heidi and Aaron Deeley, who lost everything.

It was caused by a lithium battery in an electric scooter exploding while being charged in the shed next to the house. The fire then spread into the roof of the house, which was empty at the time.

The electric scooter was bought by an Idea Services support worker, who needed it to keep up with Stephen. Before the fire, Stephen was regularly seen racing his scooter around the Paeroa Domain, next to the Paeroa Fire Station.

Stephen is well-known at the station, so the fire fighters wanted to give back after the fire.

They all chipped in with $20 each so they could purchase a new scooter for him, bought at cost from Hauraki Cycle Trail in Paeroa. Advanced Auto Painters spray-painted the scooter fire engine red and Valley Signs kitted it out with fire and emergency stickers.

Paeroa Fire Brigade Chief Fire Officer Bill Rackham presented the scooter and a fire service jacket to Stephen at the fire station on June 9. Stephen was excited to receive the scooter.

“I like it, it’s faster than the other bike,” he said.

Rare cattle a labour of love for Netherton family