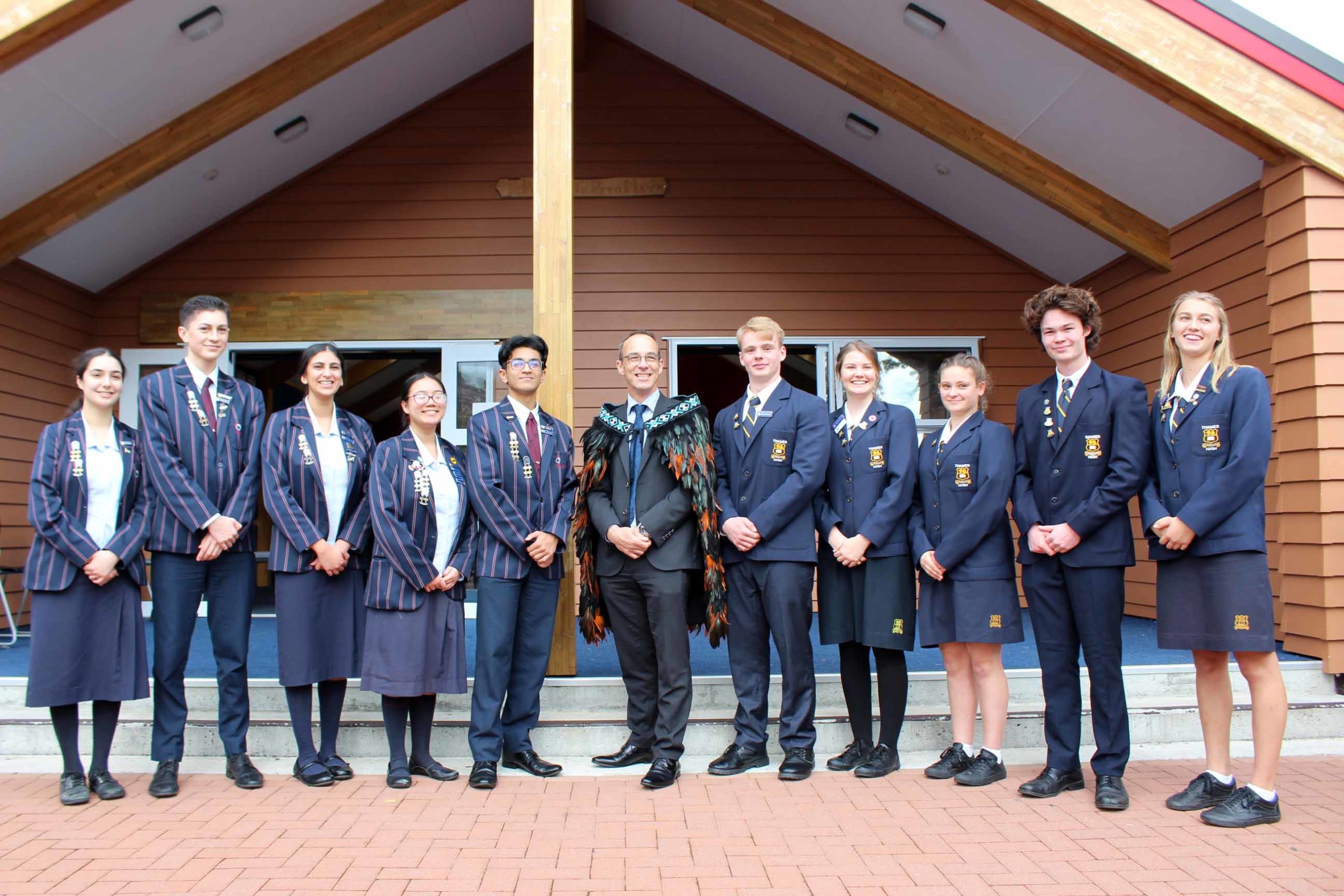 Michael Hart discovered his calling as a secondary school teacher while he was volunteering at Youthline as a university student.

Mr Hart, who was welcomed as new principal of Thames High School at a powhiri on June 19, was studying a science degree at the University of Auckland at the time.

“I was struck by that … that’s really what took me down the path of going into education – that broader picture of people and becoming a full person and I think education has a huge role to play there.”

Mr Hart was born in Mt Albert, Auckland, spent his early years with his five half-siblings in south Auckland and attended secondary school in west Auckland. He’s the first of his family to move into tertiary education.

“I was brought up predominantly by a single mum and … I’m a product of the state welfare system. I was the first of my family to move into tertiary education, I think that education is transformative, it certainly has been for me.

“There certainly could have been lots of different pathways I could’ve gone down and I was very fortunate that every school I went to was a great school.”

Mr Hart went on to teach science at Mt Albert Grammar School, becoming head of science before becoming a foundation staff member at Botany Downs Secondary College in Auckland, where he was appointed deputy principal from 2011.

Becoming principal at Thames High was an opportunity to make a significant difference, he said.

“I think that I’ve got the right skills and experience to make a difference in this place at this time. I guess part of that is it’s natural that we have a really strong relationship with our community.”

Thames High had a strong and innovative curriculum, particularly in the junior school, and the school had some fantastic resources, he said.

“But it comes down to people, people are the most important things, the relationships and the awareness of taiohi (students’) needs, the caring of the kaiako (teachers), they scream out as strengths.

Rare cattle a labour of love for Netherton family