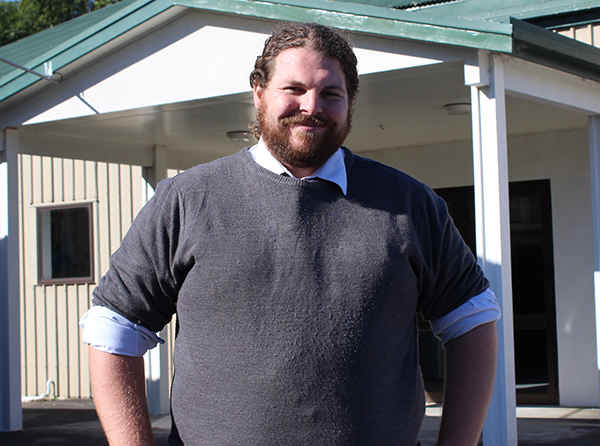 The new pastor at Paeroa Baptist Church has no idea when he will meet his flock.

Bryce Millar took up his new role at the church on May 26 when he and wife Carol and their 4-year-old son Harrison moved from Napier.

However, it could be some time before he can hold the church’s regular Sunday services with his congregation of about 70 people because of the Covid-19 virus pandemic.

“I don’t know how long we will be in this space, no-one does,” he said.

“There are some concerns with having some older people in our congregation and we have some people who are in that more vulnerable bracket so we maybe will be holding off having services a little bit longer for their sake.

“We’re going to start encouraging people to take advantage of those groups of 10 so they can meet in some capacity.”

If Covid-19 restrictions continued too long, he might consider setting up some form of online worship, he said.

“There are some technology barriers but the hope is we’ll be out soon and in the meantime, the smaller groups can gather together and love each other and pray. I think that’s mainly the thing that we do miss.”

Pastor Millar, 32, studied a degree in Applied Theology and Diploma in Pastoral Leadership at Carey Baptist College in Auckland before becoming a youth pastor in several churches in Napier and his home town of Taupō for 12 years.

This is his first role as senior minister, he said.

Though he has plenty of ideas to bring to his new role, he won’t be making any executive decisions, he said.

“It takes someone to be committed to listen and engaged in the processes and that’s what I want to be doing – I’m not making the calls, I’m not telling us what to do, I just want us to be engaging in these processes together.

“As Baptists, we should be the best at that, it’s one of our key foundational principles, this idea of congregational governance.

“Every voice is important.”