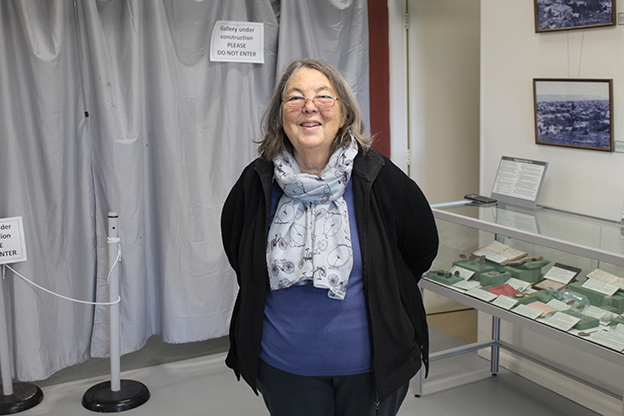 Thames Museum’s dream of a gallery with local taonga is finally coming true.
The Cochrane St museum will open its Taonga Māori Gallery to the public on July 2 after 18 months of planning and construction.
Thames Museum Society chairperson Carolyn McKenzie told The Profile the new permanent gallery had been an ambition for the museum’s administration for many years.
“For us the history of this area doesn’t just begin with the arrival of James Cook or the arrival of the missionaries but of course goes back way before that when Māori actually settled in this area,” she said.
“Over the years, we’ve been given taonga that people have found in this area and it’s long been a desire of the museum to put those taonga on display in an appropriate way.”
Carolyn said planning for the gallery started in early 2021 when the museum contacted Ngāti Maru advisor Craig Solomon.
“He came in to talk to us about how we could proceed and we shared our vision and he shared his vision, and through a series of meetings we were able to get underway,” she said.
“Because the gallery had two concrete block walls… the first step was to get them lined. That was in July last year, and we didn’t really imagine Delta and Omicron were just around the corner.
“So it has been difficult because our income has dwindled due to the pandemic but at the same time it has enabled us to get on and get the job done without being a disturbance to any museum visitors.”
Carolyn said each part of the new gallery was significant and included Gottfried Lindauer’s portraits of ancestors of local iwi, a model pā constructed in the 1960s by Hamiltonian Doug Pick, and cabinets with various taonga, including those belonging to the Ngāti Maru collection and those brought to the museum by Graham Bycroft, who lived in the area.
“He lived in Turua but actually he was a teacher at Puriri Primary School and he had a great passion for the history of Māori in this area. Because of living near the river, he or people that he knew came across items that were in the silt on the river bank,” she said.
Carolyn said the new gallery would also feature storyboards with many translated in te reo by Craig Solomon’s extended family. The museum was “very grateful” for the community support, which included grants totalling to more than $22,000 plus bequests and donations totalling $5500, she said.
Details: Official Taonga Māori Gallery opening, Thames Museum, Cochrane St, July 2, 9:30am.

Len Salt to stand for Mayor